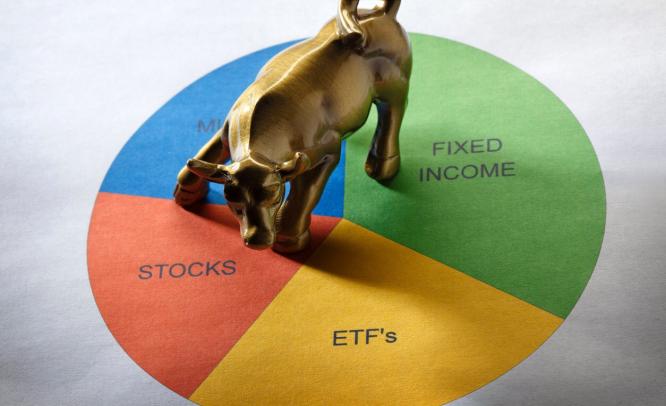 January 12, 2017: CAMRADATA, a leading provider of data and analysis for institutional investors, has collated the top 10 global investment trends for 2017 from a range of its asset management clients.

Sean Thompson, Managing Director, CAMRADATA says, “Our asset management clients have predicted that 2017 will be an extremely interesting year for investors. We are in a midst of a sea change in the global environment that will create both opportunities and risks.”

The top investment trends for 2017 from asset management firms:

A year of volatility in global markets

The political uncertainty in both the USA and Europe following the election of Donald Trump, Brexit negotiations and the forthcoming French and German elections are all going to have a big influence on the markets and continued volatility.

According to Mark Burgess, Chief Investment Officer EMEA and Global Head of Equities at Columbia Threadneedle Investments, “2017 will be a year of volatility as markets make sense of the promises and policies that politicians have promoted, and that volatility in markets provides the perfect opportunity for active management.”

Steven Bell, Chief Economist at BMO Global Asset Management EMEA, believes that Trump’s victory will be the ‘key driver of change’ and that the global economy is starting to heal. “A number of key indicators suggest that the world’s economy has been healing for some time. Monetary policy has played an effective role in this healing process but seems to have reached its limits with negative rates having disappointing effects in Europe and Japan. The baton should be passed to the fiscal authorities and Trump looks set to run ahead with it. Whether other countries will follow suit remains to be seen.”

Most companies are predicting interest rate rises in the USA, but a fall in emerging markets.

Ricardo Adrogué, Head of Emerging Markets Debt at Barings, says, “Over the next year, global interest rates will likely move in different directions. As the US economy continues to gain steam, rates will likely increase while Europe and Japan appear on track to continue their accommodative policies. On the whole, EM local interest rates continue to fall as inflation remains healthy and growth remains tepid.”

Global inflation on the rise

Ricardo Adrogué, Head of Emerging Markets Debt at Barings, says, “Global inflation may rise but will likely remain relatively subdued over the next several years. Due to the lower inflationary pressures, we expect to see lower overall interest rates for EM local bonds where nominal yields offer significant compensation for risk.”

Robert Tipp, Managing Director, Chief Investment Strategist and Head of Global Bonds at PGIM Fixed Income, says, “Between the Brexit vote and the Trump sweep, 2016 was a year of surprises and bumps, but it was a generally productive year for the bond market. And, when we look at 2017, our best guess is that the opportunity in the bond market will once again outweigh the risks and that bonds are poised for solid performance.”

Jan Straatman, Global CIO at Lombard Odier Investment Managers (LOIM), and Salman Ahmed, Chief Investment Strategist at LOIM, point out that in the world of largely low or negative rates, investors should consider increasing their exposure to credit risk through an allocation to corporate credit in 2017.

However, they say investors need to look beyond the higher-rated, investment-grade segment of this market where duration risk is a dominant force.

They comment: “We believe that to increase yield sufficiently, investors should move further down the credit spectrum. In our view, the so-called ‘crossover’ universe, which spans the lower quality investment-grade (BBB) and higher-quality high-yield (BB) rated issuers, provides significant return enhancement relative to investment-grade issuers while not exposing investors to the excessive default risk that is a feature of high-yield debt (rated B and below).”

The move into equities is another key trend.

Mark Burgess, CIO EMEA and Global Head of Equities of Columbia Threadneedle Investments, says, “Compared to their longer-term history, equities still offer better value than bonds – though this might change, should the ‘bond bubble’ burst in 2017.”

Steven Bell, Chief Economist at BMO Global Asset Management EMEA, says, “Higher US rates and a strong US dollar will see markets struggle to make much headway and although equities are our favoured asset class, stronger economic data could see bonds rally and shares fall at some point. In terms of sectors, recent trends look set to continue with cyclically orientated areas outperforming and bond proxies struggling. The prospects for emerging markets remain difficult as dollar strength and rising rates outweigh the benefits of better growth. But 2017 might be the year in which European equities finally outperform, ending half a decade of disappointment.”

Technology will also have a significant impact in 2017.

Advances in artificial intelligence could have an even bigger impact on better-paying white-collar jobs in services industries such as finance. And fossil fuel companies risk being upended by renewables once energy-storage technologies improve.

Tony Kim, Portfolio Manager at BlackRock’s Global Opportunities Group says, “Artificial intelligence (AI) is the new electricity. The big bang is upon us. We have all this data, but we can’t do anything with it. AI is the solution.”

Opportunities for active investors to increase

Mark Burgess, CIO EMEA and Global Head of Equities at Columbia Threadneedle Investments, predicts that 2017 will be an active time for investors, and expects opportunities for discerning investors to increase. “Amid rising political uncertainty, fundamental analysis and expert asset allocation will be critical in order to achieve long term returns. The tide of global QE that had previously lifted all boats will begin to ebb in some regions and flow in others, and in that environment it will make sense to differentiate within and across asset classes.”

Challenges in Asia and Emerging Markets

Burgess predicts challenges for Asia and the Emerging Markets (EMs) that are exposed to the threat that Trump poses with protectionist policies. These include China, Mexico, Colombia, Malaysia, Korea and Thailand.

BlackRock Investment Institute also highlights China and the worries around China’s capital outflows and falling yuan. However, they also say China’s stabilising growth has eased some of the anxiety that rattled investors in early 2016. Nevertheless, there are still challenges ahead as ‘China is attempting a difficult balancing act: prioritising near-term economic growth while tackling debt issues for the longer-term good’.

Emiel van den Heiligenberg, Head of Asset Allocation at Legal & General Investment Management (LGIM), points out one of the key risks for 2017 is a significantly weaker Chinese currency driven by capital leaving the country. “Our base case is that the Chinese will manage a 5% real currency fall at the cost of lower foreign currency reserves and tighter capital controls, particularly given the Communist Party’s power transition in late 2017. We do not expect a sharp slowdown in growth. However, the risk of a faster devaluation is not immaterial and, as we saw in 2016, that would likely lead to weaker global equity markets.”

John Greenwood, Chief Economist at Invesco Ltd, predicts the challenges in Europe will lead to poor economic growth. The slow progress of bank resolution, the weakness of the European Central Bank’s (ECB) QE programme and the consequent descent into negative interest rates are among the headwinds holding back economic recovery.

He also highlights double-digit unemployment levels, leading to disruptive populist and xenophobic political movements, and referenda or elections in Italy, Holland, France and Germany. “At some stage, one or more of these electorates could overwhelm the governing elites, posing an existential threat to the established order – the European Union (EU) or even the Eurozone. Real GDP growth is likely to remain around 1.5% at best, with inflation falling far short of the ECB’s target of ‘close to but below 2%’.” 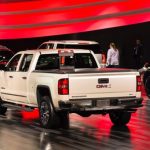 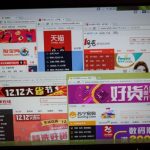