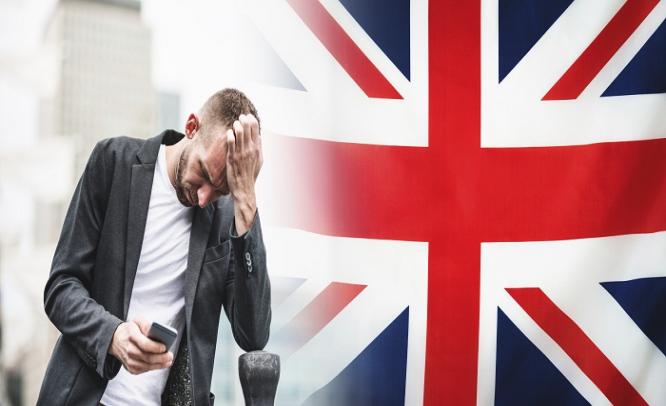 The former chairman of the US Fed is warning against an inevitable crisis resulting from the very policies he helped implement Stefan Gleason  July 12, 2016: Under certain circumstances, seemingly decent human beings are capable of horrific things.So it is with former Federal Reserve Chairman Alan Greenspan, who parlayed his sound money bona fides into the top post at America’s private banking cartel and current...

Today, however, the ‘maestro’ of central banking is playing a very different tune. He’s warning against an inevitable crisis resulting from the very policies he helped implement.

Perhaps, it’s a late-life crisis of conscience. Perhaps, he feels guilty. Perhaps, at 90, he just feels free to speak his mind in a way that most current and former Fed officials don’t. In any event, Alan Greenspan is very concerned about the legacy he will leave and now seems genuinely worried about the country’s financial future.

Following the Brexit shock and the market volatility that followed in its aftermath, Greenspan scolded British officials for the ‘mistake’ of allowing the vote to leave the European Union to take place. He predicted more dominos would fall. In an interview with Bloomberg last week, he said, “We are in very early days of a crisis which has got a way to go.”

It’s not surprising to hear Greenspan echo other pro-globalist voices in bemoaning the potential disintegration of the European Union. Central bankers, commercial bankers, governments, and international corporations all have vested interests in pushing for what they call ‘integration’.

The success of Brexit, which defied the predictions of pollsters, may bode well for Donald Trump. His unconventional campaign for the presidency hits on similar anti-globalist, anti-establishment themes.

Meanwhile in Congress, renegade Republican Rep. Thomas Massie is pushing what he calls an ‘Amexit’ from the United Nations. Massie’s American Sovereignty Restoration Act (HR 1205) would allow the US to leave the United Nations and cease sending $8 billion per year in ‘contributions’ to the world body.

Anti-establishment politics irks elites in central banking and elsewhere who institutionally prefer the status quo. But what really worries former Fed chair Alan Greenspan isn’t the upcoming election or any bill in Congress. It’s the $19+ trillion national debt and the trillions more in future spending commitments that are already baked into the cake.

The problem, as Greenspan sees it, is the structure of Social Security, Medicare, and other ‘mandatory’ spending programs. Through them, ever growing numbers of people ‘are entitled to certain expenditures out of the budget without any reference to how it’s going to be funded. Where the productivity levels are now, we are lucky to get something even close to two percent annual growth rate. That annual growth rate of two percent is not adequate to finance the existing needs’.

Greenspan’s prognosis: “I don’t know how it’s going to resolve, but there’s going to be a crisis.”

His pessimism stems from the political reality that elected representatives lack the will to address entitlement spending. “Republicans don’t want to touch it. Democrats don’t want to touch it. They don’t even want to talk about. This is what the election should be all about in the United States. You will never hear one word from either side,” Greenspan told Bloomberg.

He is right, of course. Even self-described ‘conservative’ Republicans who tout smaller government in principle don’t actually vote for it in practice. Mathematically, they can’t.

Once you rule out cuts in military and entitlement spending, as most Republicans do, what’s left on the table to cut is small potatoes. Going after waste, fraud and abuse isn’t going to stop the bleeding of red ink as millions of Baby Boomers withdraw from the workforce and expect to collect trillions in unfunded benefits that have been promised to them.

The good news (if you’re a politician) is that under our monetary system, you don’t ever have to cut. You don’t have to ensure that your promises of future benefits can be met with revenues. You can be as fiscally irresponsible as the Federal Reserve’s willingness to expand the currency supply permits you to be. The Fed stands ready to buy up government bonds in unlimited quantities, making a sovereign default practically impossible and enabling the government to borrow at artificially low interest rates.

The government debt bubble is a product of the fiat monetary system. Under a gold standard, Congress would be limited by what it could actually extract from the people in taxes.

Remember that the period 1870 to 1913 was one of the most aggressive periods economically that we’ve had in the United States, and that was a golden period of the gold standard.”

The self-described ‘gold bug’ economist quoted above is none other than Alan Greenspan!

Yes, the longest-serving chairman of the world’s most powerful fiat money establishment.

The same Alan Greenspan who helped both Republican and Democrat administrations drive up the national debt from $2.4 trillion to $8.5 trillion in the years 1987-2006.

The same Alan Greenspan whose implicit open-ended backing of US debt markets helped Congress grow unfunded liabilities by untold trillions more than is even reported in official debt figures.

The same Alan Greenspan who engaged in shocking interventions and currency devaluations, starting with bailing out Long Term Capital Management in 1998 and followed by a blowing up of the tech bubble, and, after its crash, the housing bubble.

At last, Greenspan sees the light. Perhaps in private, he always did. Before he helmed the Fed, he was known as a free-market advocate who associated with novelist-philosopher Ayn Rand and strongly favored a gold standard. But unlike a Randian hero, Greenspan compromised his principles in his pursuit of power, fame, and social status.

Taken to its extreme, the phenomenon of Greenspan’s tenure was akin to the ‘banality of evil’, a concept that came into prominence following Hannah Arendt’s book about the Nazi trials. Arendt’s thesis, as described by author Edward Herman, was that people who carry out unspeakable crimes aren’t necessarily crazy fanatics, but rather ‘ordinary individuals who simply accept the premises of their state and participate in any ongoing enterprise with the energy of good bureaucrats’.

Why did Greenspan play a key role in undermining sound fiscal policies and sound money while he was at the height of his power and influence at the Fed? Why did he do so much to fuel asset bubbles and reckless debt spending? Only Alan Greenspan himself knows for sure, but we’re the ones paying the price. 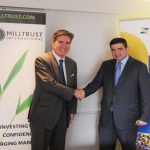 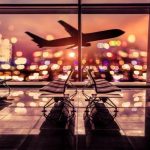