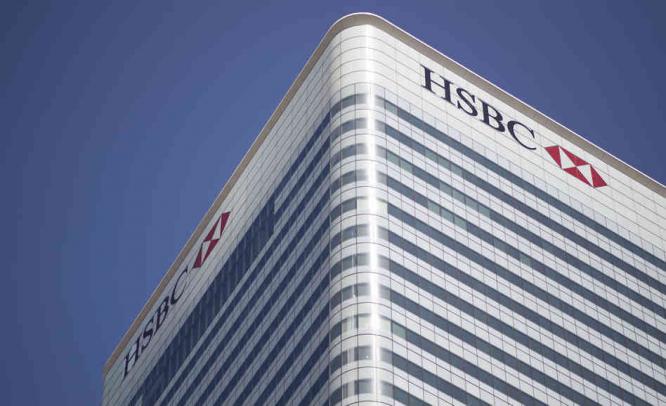 HSBC has gone past France and Germany’s largest lenders to take the top spot on a league table of Europe’s biggest banks as its assets grew to more than 2 trillion Euros ( £ 1.7 trillion).  June 11, 2013 : International Finance Magazine, reports on the rise of the bank, its rapid growth and its role in money laundering activities. U.K. Banking giant HSBC has gone...

HSBC has gone past France and Germany’s largest lenders to take the top spot on a league table of Europe’s biggest banks as its assets grew to more than 2 trillion Euros ( £ 1.7 trillion).

June 11, 2013 : International Finance Magazine, reports on the rise of the bank, its rapid growth and its role in money laundering activities.

U.K. Banking giant HSBC has gone past its rival The Deutsche Bank to top a list of Europe’s biggest banking institutions. The Canary Wharf based bank rose from third to first by going past Deutsche Bank and pushing French bank BNP Paribas from second position to fourth spot in this year’s SLN poll. HSBC has total assets worth 2.04 trillion Euros putting it head of Deutsche bank with 2.02 trillion as per information obtained from SLN financial. Out of Europe’s 10 largest Banks, 4 are British, Barclays, Royal Bank of Scotland and Lloyds Banking Group. These banks have total assets of 6.64 trillion Euros, which means their combined balance sheet is three times the UK economy. HSBC, also holds the first place amongst the largest banks in Europe by market capitalization, with a stock market value of 147 billion Euros, which is more than double the region’s second largest lender, Spain’s Banco Santander, which is worth 62.7 billion Euros. The second largest British bank in terms of market capitalization is Standard Chartered, which was worth 46.8 billion at the end of last year. Half of Europe’s wealthiest banks are British, while one is French. HSBC’s assets have risen, despite the disposal of several assets including its holding in Asian insurer Ping An and other insurance interests in emerging markets. Several other banks have shrunk in size with ING contracting by 13 percent, Credit Suisse, posting a reduction in its assets by 11.3 percent and UBS shelving its assets by 10.6 percent. The fastest growing bank was Russia’s Sberbank, which has climbed by 9 places in the list with a yearly asset growth of 44 percent. In the U.S., J.P Morgan topped the list closely followed by Bank of America. HSBC had avoided from a possible legal wrangle by paying $ 1.98 billion dollars to settle a U.S. money laundering probe recently. It is also under fire from international agencies for openly supporting money laundering.

The Hongkong  and Shanghai Banking Corporation (HSBC), which had a total annual net  income of $ 16.8 billion and operates in 81 countries worldwide, has grown quickly by acquiring banks around the world that became its affiliates. Headquartered in London, its international network comprises of 6,600 offices and in over 81 countries and territories in Europe, the Asia Pacific region, America and Middle East Africa. The bank was established to finance the growing trade between China and Europe and the brainchild of the Hong Kong Superintendent of the Peninsular and Oriental Steam Navigation Company, Thomas Sutherland. The bank first opened up its shores in Hong Kong followed by a second office in Shanghai. HSBC is a pioneer of modern banking practices and is the “numero uno” in the dynamic markets of Asia Pacific. The bank has opened a presence in Europe since the opening of its office in London in July 1865. The acquisition of Midland Bank in 1992 transformed its reputation in Europe and placed them among the leading financial institutions in the world. The bank has also capitalized the North American market by opening an agency in 1865. It also has its subsidiaries in Brazil, Mexico and Panama.

The U.K., based bank was under the receiving end of U.S. prosecutors when it openly admitted to laundering billions of dollars for Colombian and Mexican drug cartels violating the Banking Secrecy Act and Trading with the Enemy Act. However, strangely U.S. prosecutors did not pursue criminal charges against the bank for violating several laws and supporting criminal activities. Instead the bank was penalized $ 1.9 billion, which was termed “record financial settlement”. Financial analysts and legal experts opine the penalty was a mere five week revenue of the bank. The banks laundering transactions were so ‘brazen’ that it could have been easily detected by space. The New York Times reported that the Federal and State authorities chose not to indict HSBC, the London based bank, on charges of vast and prolonged money laundering, for fear of criminal prosecution would topple the bank and induce another financial crisis to slowdown hit U.K. and other countries where the bank has its presence. 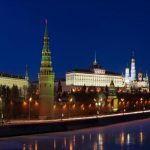 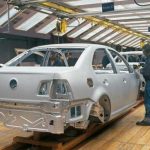