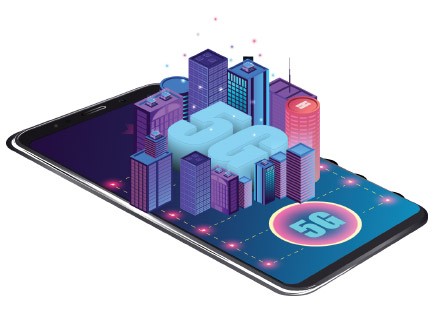 Russia is a relatively developed mobile market with 89 percent of the population subscribing to mobile services at the end of 2018. Russia’s high level of subscriber penetration is impressive as it exceeds the developed markets globally and broader Europe which have corresponding figures of 84 percent and 85 percent, respectively.

In fact, Russia was one of the first countries to launch 4G in the region in 2012. Russian operators have been making significant investments in 4G network deployment to improve coverage and speed in recent years. Despite that, it has only covered less than a third of Russia’s network connections, while half of Europe’s connections were 4G, observed the GSMA 2019 report.

GSMA analysts believe that growth in the number of mobile subscribers in Russia will largely remain unchanged in 2025 because of the current high level of mobile penetration in the country.

Russia’s accelerated efforts to migrate to 4G and the first phase of 5G suggests that there will be further data growth. Russian operators have been testing the 5G technology using prototypes and pre-5G standards for many years, the report noted. They are even deploying LTE-A networks which is critical for 5G migration. One of Russia’s mobile network operator MTS carried out a significant 5G trial with demo zones setup at the FIFA World Cup last year showcasing a range of 5G capabilities.

The country’s deep focus on 4G rollouts and 5G launches implies that it could join the second wave of global mobile markets. The report forecasts that the first commercial 5G deployment in the country will reach 46 million by 2025, which represents 20 percent of the overall connections base. The estimated population covered will be 60 percent by then.

By the numbers alone, Russia is expected to be above the global average but behind leading 5G markets such as the US, South Korea and China. The country will adopt a non-standalone deployment approach with 5G positioned as a supplementary capacity overlay to 4G, according to the report.

Currently, Russia has deployed its first 5G zone as part of a five-year deal between Ericsson and European telecommunications operator Tele2. The goal is to drive network transformation spanning Tele2’s infrastructure across Russia. The first 5G pilot zone is on Tele2’s commercial network in Moscow, according to Ericssion’s official press release.

Another manifestation of 5G pilot launch is seen in the country as Huawei and MTS have partnered to introduce a swift network covering the full extent of Moscow. This 5G pilot scheme is reported to have a political significance with Huawei planning to transition its smartphones and tablets to Aurora OS developed by Russian telecom Rostelecom. Rostelecom is controlled by the Russian government — and by definition, Aurora OS has become a state-sponsored software. Recently, the media reported that Huawei will install the Russian OS on 360,000 of its tablets for use in Russia next year.

The current technological divide between the US and its allies — and China and its supporters, including Russia — known as Splinternet — is stoking fear among intelligence agencies and technology giants. Huawei’s first stage of launching the Russian OS on its devices is creating a sense of loss in sector control and revenue for major players such as Intel, Google and Microsoft.

That said, telecom players in Russia already on the 5G development or investment path. This year, MTS signed 5G cooperation agreements with global equipment vendors, in addition to launching a 5G partnership with the Moscow government. MTS identifies robust growth opportunities in Moscow comprising nearly 20 million residents. At some point, it also plans to setup a 5G lab in the city to incubate startups developing fifth generation connectivity-based products and services. Even MegaFon has started to build small 5G trial zones with 5G field trials in mm band and EMC trials in 3,4-3,8 band.

Russian carriers are rapidly completing field trials of 5G infrastructure and terminal equipment to successfully launch the technology in Moscow and other cities by 2019 end. Industry newcomer Vinsmart is collaborating with Fujitsu to create and deliver smartphones based on Qualcomm Snapdragon 5G mobile platform. The phones will be marketed in the US, Europe, Russia and other markets in April 2020.

5G-compatible smartphones are needed because the Russian Digital Economy has made it compulsory for all cities with over 1 million populations to have only 5G networks by 2024. Russian carriers are already preparing to create operational networks followed by commercial networks in the next two years.

Inessa Galaktionova, MTS first vice president for telecommunications, told International Finance, “In terms of network infrastructure, we are planning to move from pilot zones to a broader rollout over the next several years. In line with previous technology transitions, the first priority will be covering high-density, high-traffic urban hotspots. We will then gradually shift to nationwide expansion, with 5G capex ramping up as investment in 4G phases down. Beyond basic infrastructure, we expect 5G to create fundamentally new business models and monetisation strategies, and we are in a great position to substantially contribute to these developments.”

According to a MegaFon representative, the operator will be working on small field trials in 2020 and 2021, following which a nationwide rollout base will take place depending on the trial results and market development.

Spectrum allocation is a challenge

Because of the persistent absence of n78 (3.3-3.8 GHz) spectrum allocation required to support 5G in the Russian market there are challenges in implementing 5G zones, according to Qualcomm. Even though the existing 5G mm wave assignment will assist the rising demand for enhanced mobile broadband in business centres, airports, railways stations, venues, and stadiums — deficiency of EU industry standard n78 might curb upcoming 5G locations and extend breakeven time for mobile network operators investing in the technology in short to medium term.

“The market is still working out the right business model to deliver 5G services efficiently and at scale. The other challenge is, of course, the regulatory aspect of a new, even revolutionary, technology. Telecom companies worldwide are closely engaging with their respective governments as well as global industry bodies to define the right regulatory approach, and Russia is no exception. MTS is very much involved in the discussions,” Inessa added.

One of the biggest roadblocks for MegaFon was that no spectrum was allocated for 5G in 3,4-3,8 GHz band. However, it is expected that a solution will enable it to launch 5G in this band, MegaFon said.

Geographically, Russia is the largest country in the world with a huge need for connectivity. This year, it launched a five-year programme with with the aim of speeding up digitalisation in the economy which can be achieved by improving network availability, resilience, and security. MTS noted that 5G will play a crucial role in achieving the programme’s goal to boost industrial productivity, stimulate growth, and improve people’s lives. It appears that 5G will speed up digital adoption among consumers. With Russia being one of the few markets globally where domestic digital players outperform international ones — there is a good chance for MTS to venture into new digital segments that complement its core telecoms business. It is working to build its own digital ecosystem involving fintech, media, clouds and cybersports. Speaking of mobile connectivity in the future, MTS explained that 5G will act as a growth platform in those key areas.

In many ways, new digital infrastructure will advance the expansion of economic sectors from ‘classic’ software development and hardware production to science to education to healthcare to entertainment. From Qualcomm’s perspective, 5G services would establish new use cases for millions of mobile users — and encourage the creation of new business concepts — and jobs.

In fact, MetaFon supports the discussion that 5G rollout is associated with the overall national programme ‘Digital Economy’. The operator believes that 5G will provide it with additional throughput and latency reduction to reinforce the cloud services footprint in its mobile network. With that, 5G could become the basic network for the likes of driverless cars and delivery drones.

Russia is anticipated to swiftly scale 5G following the launch of its first 5G networks in 2020, according to GSMA study. Its forecasts suggest that there will be 5G commercial deployment from 2020. Moving forward, the rate of 5G adoption will factor in consumer demand and availability of compatible devices.

Currently, MTS is one of Europe’s largest telecom operators with more than 75 million active users on its network in Russia. MTS further explained that 5G in contrast to the first four generations of mobile connectivity is tailored to enable massive machine-type communication (mMTC).

With IoT expansion, hundreds of millions of things such as cars, wearable devices, and industrial equipment will be connected online. This means, there is a significant scope for growth among telecom operators. MTS, for example, is leading the way with the largest narrow-band IoT network in Russia. The operator is already well established to achieve incremental revenue in industrial automation and process control.

For now, MegaFon only has test users on its network and the majority of them are expected to adopt 5G technology after 2030.

Yulia Klebanova, VP Business Development, Qualcomm Eastern Europe, told International Finance, “The speed of broad 5G adoption in Russia would depend upon multiple factors. Trust me, one of the most critical ones is timely resolution of Sub 6 (n78) spectrum to ensure broad coverage of 5G networks on vast territories of Russia.”

The first use case of 5G will be seen in traditional mobile connectivity, with the launch of high-end 5G-capable smartphones. Inessa said, “As 5G migrates down market and penetration increases, it will play a critical role in ensuring network capacity keeps pace with the ongoing rapid growth in data consumption. Looking further ahead, enhanced mobile broadband (eMBB) will also provide users with fundamentally new experiences and ways to interact with the world around them — for instance in virtual and augmented reality (VR/AR). Beyond mobile connectivity, ultra-reliable low-latency communications (URLLC) will have profound implications for emerging new applications, such as in edge computing, autonomous vehicles, and remote surgery.”

Qualcomm, like most technology companies has the same faith invested in 5G technology. “As soon as the first 5G launches in Russia are driven by priority mm wave spectrum assignment, initial 5G networks would cover downtowns, business centres, airports, and other locations with intense data traffic consumption at megapolises like Moscow,” Yulia explained. After 5G implementation, video streaming in high definition up to 4K will become the technology norm equivalent to what 4G LTE currently delivers on audio streaming.

Russia’s 5G efforts will create huge opportunities for telecom operators and their users. The GSMA report highlighted that the industry will benefit through outcomes involving lower equipment prices as production increases and minimising investment burden in the near future. At present, operators are stifled with investment demands such as the cost of implementing the new Yarovaya law. Meanwhile, a report by China’s official media Global Times noted that Russia has proposed to consider implementing 5G networks with 4.4-4.99 GHz bandwidth primarily used in China and Japan. 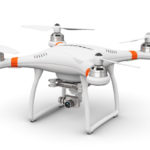 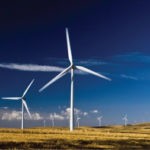