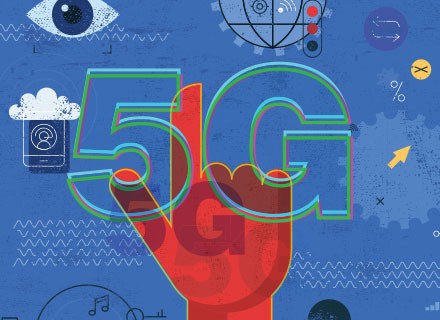 A study commissioned by Cisco observed that telecom operators in the Philippines could expect their revenues to increase by nearly $650 million by 2025 due to the nationwide rollout of the 5G technology. The study, which was carried out by American global management consulting firm Kearney, showed that the introduction of 5G will result in 50 times higher internet speed in the Philippines. In addition, it pointed to the fact that this will be achieved through the combination of three distinctive features—high throughput, ultra-low latency and low power connectivity.

In the last decade, the country’s users have often raised concerns about slow and disruptive internet connections. The Philippines has the highest social media users in the world; however, it ranks 107 in terms of mobile internet speed of around 15 Mbps, which is significantly slower than the global average. Last year, Globe Telecom, the largest mobile network operator in the Philippines and one of the largest fixed-line and broadband networks, launched 5G technology in the Philippines. The telco aims to offer high-speed internet to tens of thousands of Filipinos in key urban areas in the country.

First to the 5G race
Globe Telecom’s efforts to introduce 5G technology has pushed the Philippines to the forefront making it the first country in Southeast Asia to implement the rollout—thus leading the 5G race in the region. In fact, the move seems logical because of the country’s urgent need of an overhaul to make advancements on this front.

Ernest Cu, executive director, president and CEO of Globe Telecom, in an interview told International Finance, “It has been less than 4 years since the average internet speed in the Philippines improved from just 7.91Mbps in 2016 to 23.8Mbps in 2020 for fixed internet, and 7.44Mbps to 14.24Mbps for mobile. 5G can help increase the average speed, to some extent. Mobile speeds in the Philippines is actually quite adequate, but the speeds of at-home connection are dragging the average down. There is still a bit of legacy copper infrastructure in the country, and over 1.49 million homes are riding on our 4G LTE infrastructure which has a maximum speed of only 10Mbps.”

Even though Globe Telecom was able to launch 5G technology in the Philippines, a full-fledged deployment will take time. It took Globe Telecom around three to four years to rollout 4G—and 5G might take about the same, if not longer, since the latter runs at a higher frequency. Ernest Cu is positive that with the current technology they will be able to use the same spectrum as 4G and that in turn should speed up the rollout. In his view, “We will also have to see the tradeoffs between having 5G-ready sites versus the number of sites needed to give a good 5G experience. There are too many variables right now, and this new set of conditions with COVID-19 will bring about a new normal to the whole country.”

5G’s potential to address the country’s internet issues
Certainly, 5G is recognised as the technology of the future. While the hype around 5G largely points to improved internet speed, the technology’s greater bandwidth will allow a large number of devices to be connected to the network compared to previous scenarios. The fastest 5G networks are expected to be at least 10 times faster than 4G LTE, according to wireless industry trade group GSMA. Even though 5G speed is expected to be super fast, equivalent to downloading a movie within seconds, much of it will depend on external factors such as location and network traffic. Although it is quite evident that 5G has the potential to solve the problem of internet speed in the Philippines, its high functionality will depend on scalability.

Ernest Cu said “Offering 5G to the home will greatly help in raising the averages, but it will only happen if 5G becomes ubiquitous, and once the price of 5G modems comes down to a reasonable level.” It is imperative that telcos in the Philippines make the 5G network available to a greater section of the society for it to become a successful project. As of May 2019, 4G was available to 72 percent of residents in the country.

But the benefit of 5G is not limited to just internet speed, he explained. “In this age, improved connectivity is critical to economic development. It has been proven that when people are interconnected and can transact through the web, significant growth in GDP can be seen. As we rollout 5G, more people will enjoy higher speeds on mobile devices and in their homes. An increase in speeds will also allow for more use cases that will empower people and increase productivity, thereby boosting the Philippine economy.”

To second that view, Mei Lee Quah, who is the associate director of Telecoms and Payments Strategy for ICT, APAC at Frost & Sullivan told International Finance in an interview, “Yes, 5G can improve on internet speeds in the Philippines but because the rollout is limited, the impact will be likewise be limited as well.” In a nutshell, 5G has the potential to change the internet and connectivity landscape in the Philippine, she explained.

Impact of duopoly on 5G
The telecom sector in the Philippines is heavily dominated by Globe telecom and Philippine Long Distance Telephone, which has resulted in a duopoly market. But the duopoly is on the verge of shattering because of Dito Telecommunity, a consortium of Davao businessman Dennis Uy’s Udenna Corporation, its subsidiary Chelsea Logistics Corporation and Chinese state-owned China Telecommunications Corporation. Last year, President Rodrigo Duterte challenged the consortium to become the third major telecommunications player in the Philippines—and to break the duopoly of PLDT and Globe Telecom. Earlier known as Misatel, the company rebranded to Dito after being granted a licence to operate in the Philippines.

Experts believe the third telco in the Philippines will play a key role in improving the poor internet connectivity in the country. If Dito Telecommunity proves to be a reliable internet service provider, then it can emerge as a challenger in a market dominated by Globe and PLDT. Dito could also take advantage of the recently launched National ICT Ecosystem Framework (NICTEF) which outlines the country’s ICT agenda in the next five years. In essence, NICTEF replaces the Philippine Digital Strategy Initiative 2011-2016, identifies trends in the ICT industry, strategic thrusts and indicators that the government will be looking out for.
In the absence of Dito Telecommunity, there will not be significant competition in the Philippines’ telecom market. While competition brings out the best among the players in an industry, Globe Telecom and PLDT might be unresponsive to the country’s need for improved internet service. Even if both the telecom giants seek to launch 5G technology, scalability and timeframe of the launch might be longer than expected. With that, it has become clear that Dito Telecommunity plays an important role in the Philippines’ telecom sector, 5G deployment and improved internet service.

A major factor for low internet penetration in the Philippines is the high price of FTTH and limited reach in many remote locations. Given the Philippines is one of the world’s largest archipelago nations with about 7,641 islands that are broadly categorised under three main geographical divisions from north to south—Luzon, Visayas and Mindanao. Mei Lee Quah believes 5G technology will also face similar problems when it comes to full deployment. She said 5G was chosen by Globe Telecom because of local geographical limitations and the need to bring higher speeds to the masses. The company cited that 5G’s massive MIMO capabilities has allowed for an easier transition.

Mei Lee Quah explained that “The Philippines telecommunication infrastructure with 16,300 sites in 2017 lags behind some of its neighbouring countries such as Malaysia with 22,682 sites, Thailand with 52,483 sites and Indonesia who have 93,549 sites. The reason behind this lag in telecommunication infrastructure is due to mobile operators being constrained by the difficulties of adding new base-stations due to the difficult permitting process. Long approval timelines for construction that can take between 8 and 12 months are commonplace. To build a tower at a new site in the Philippines, it requires 25 permits, which typically would take a year to obtain.”

Ernest Cu on the other hand pointed to the fact that “Availability and coverage are quite good for both telco companies in the country, but we have very low site density. We lack cell sites. It is difficult to build cell sites in the Philippines due to a number of reasons. First, the country is made up of thousands of islands, and the topography is extremely varied, making it already challenging from a geographical standpoint, and made even harder by the Covid-19 situation. Second, it takes an average of 26 permits to build one cell site, which can sometimes take years to complete. Excessive bureaucracy is one of the things that is really preventing us from building in large numbers. Although the national government has promised to help the industry in this regard, it still needs to translate into action on the ground. We actually have earmarked a lot of Capex in order to catch up to the capacity that is required, but building has been very difficult, and now with the Covid-19 situation, rollouts have been delayed.”

Positive industry outlook despite global disruptions
The outlook for the telecom sector in the Philippines is quite positive despite the global disruption caused by factors such as the coronavirus pandemic, depleting oil prices and economic recession. Ernest Cu shares similar views with most analysts and consultants who consider the telecom sector to be in good shape.

“Globe, in particular, will surely come out of this in a very strong manner with continued demand. The crisis heightened the need for digitisation, automation, and a cloud-first type of IT infrastructure for businesses, all of which are services that telcos are providing,” he explained. “If you think about the homes today, more than ever people are entertaining themselves with streaming services, which I see will continue to grow, as well as social media, and new applications such as TikTok and House Party. Zoom and other video conferencing apps are new use cases that were not around in a big way prior to Covid-19, but now they are. The work-from-home arrangement moved a lot of potential for telcos. I think telcos across the world are going to fare very well, as long as they have the balance sheet strength, which Globe has, to be able to roll out the services for consumers.”

In addition, Ernest Cu said that the plan to expand the 5G services remains unchanged, but its pace will be affected in light of the current circumstances. Globe Telecom has already lost a month and a half to the pandemic—and it will take time to ramp up capacity as the 5G build continues. 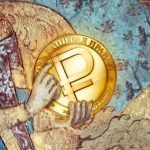 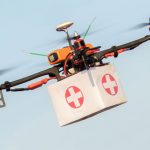 Egypt is accelerating digitisation in healthcare