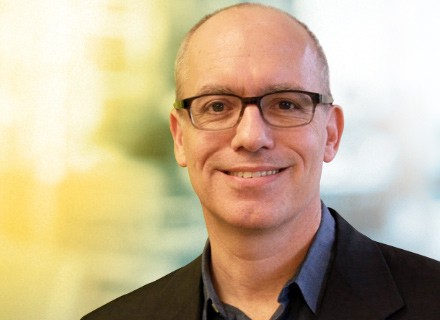 The technology and telecom industry in Turkey has seen significant changes in the last two decades, under the jurisdiction of the Ministry of Transport and Infrastructure. The country has taken another important step with the Turkish government’s vision to lead the region in the development of 5G technologies. Turkey will become the first country in the region to test Open Networking Foundation-developed communication technologies — a turning point in its 5G vision.

Open Networking Foundation is the non-profit operator-led consortium funded by Deutsche Telekom, Facebook, Google, Microsoft, Verizon, and Yahoo. The consortium in collaboration with the ministry is transforming Turkey’s network infrastructure and carrier business models to help the country resolve watershed issues such as insufficient coverage.

It also serves as an umbrella for a number of project development solutions by leveraging network disintegration, white box economics, and open source software.

In an interview with International Finance, Timon Sloane, vice-president of marketing and ecosystem at Open Networking Foundation explores the consortium’s role in Turkey’s 5G deployment and the vast opportunities that rise with it.

International Finance: Open Networking Foundation is poised to bring a new revolutionary change to Turkey’s telecom industry. What is the consortium’s role in deploying disruptive technologies and realising the benefits of 5G networks?

Time Sloane: Open Networking Foundation helps to shape these technologies with specifications for the industry called ‘reference design’, whereby each one of them is paired with an ‘exemplar platform’ open source implementation.

We have created this methodology to create complete network platforms. The software is built and updated in concert with all participants, using single agreed-upon blueprint specifications.

Open Networking Foundation platforms are put to the test in high impact environments of telecom carriers in Germany, Turkey, Japan, China, and the US among other countries. The platforms are then improved for optimal performance and the templates are shared in the open source community for further mainstream product development with network vendors and sophisticated integrators who in turn help to create a modern open networking supply chain for telecom operators. This reduces costs and puts technologies into production more quickly and at lower costs for operators.

What are the technology advancements that have accelerated the industry’s development in recent months?

Turkish operators are highly skilled and on a par with the majority of operators worldwide. Turkish operators, as part of the Turkish government’s plan to deploy an advanced telecom infrastructure serving millions of citizens, are moving ahead with better software and hardware. In addition, these operators have been taking a progressive approach towards leveraging the benefits of open source software.

The SDN-based technology platforms from the Open Networking Foundation serve to largely reduce the costs of network deployments and introduce fully featured networks for customers, public safety applications, education, and business applications. Investing in these technologies imply that they are supporting advanced applications, such as the Internet of Things for smart cities and virtual reality experiences that require superior performance and network capabilities.

Turkey has transformed itself as a 5G testbed for mobile network operators to understand the country’s full potential in telecom. That said, what is the role of operators such as Turk Telekom in helping it to make the shift from 4.5G to 5G network?

5G applications have a broad scope and range from delivering voice to video to data to virtual reality. They can even extend support to the Internet of Things devices that encourage industrial and agricultural automation, sensors for building control systems, and precise monitoring of environments like solar and wind energy outputs, or the soil humidity. Access to data and converged content should become competitive in the global economy and Turk Telekom has demonstrated this trend. It has been at the forefront of embracing new technologies to bring this vision to Turkey.

What are the opportunities that might open up with 5G deployment in Turkey?

Public safety systems will become much more advanced with 5G technology, where sensors and video feeds can quickly react in the case of natural calamities such as earthquake, flood, or fire. That said, a high speed network will be required to be capable of processing and reacting to the torrents of data produced.

Virtual reality or augmented reality (VR and AR) is one of the greatest emerging opportunities enabled by 5G technology. VR and AR give a digital overlay for consumer experiences in education, shopping, or while watching a sporting event. This transformational technology revolutionises content and communication consumption by enabling the consumer to experience innovative content tailored to what they ask for. It can allow them to ‘test drive’ products or services before buying them, as part of a marketing initiative.

But AR and VR must be able to apply the visual updates in milliseconds, and this can only be accomplished through high speed network support computation at the edge of the network close to end users.

Autonomous vehicles ranging from delivery trucks to taxis are going to be on the roads in the near future and they require a constant high grade connection to instantly communicate about the road conditions and nearby vehicles.

Media reports state that Turkey is determined to shift to 5G network by 2020 through research and development. How active is the Turkish government in encouraging the country to manifest this vision?

The Turkish government has taken a very progressive stance on supporting and pursuing the advancements of 5G networks in Turkey. Turk Telekom, for example, joined Open Networking Foundation as a partner member and was a part of the world’s most advanced operators seeking to drive the open source movement for telecom networking and 5G.

Last year, Open Networking Foundation and the Turkish government signed a protocol to test the latest telecommunication technologies at the Mobile World Congress. Can you elaborate the protocol’s significance to Turkey’s telecom sector?

The protocol is a part of our efforts to continue a very successful partnership that has already been underway between Turkey, Turk Telekom, and Open Networking Foundation community. The protocol extends the commitment further into the future and ensures the delivery of key technologies introduced by our close collaborations. These technologies include testing and innovation activities all the way to driving open source platforms into Turk Telekom production networks.

Turk Telekom has been an Open Networking Foundation board member helping to drive the CORD platform for innovative edge data centres. The Open Networking Foundation programme delivers advanced software programmes for wired and wireless networks, enabling the Turkish operators to economically deliver next-generation networks, because an entire open source community is leveraged for network development and testing. This occurs ‘in the field’ of the regional telecom operators helping it to mature into a ‘carrier class’ network platforms. Instead of hoping that the technology works at the right cost, Open Networking Foundation community first proves that it works and makes iterative improvements to drive rapid advancements across the industry.

The Transport, Maritime Affairs and Communications Ministry aims to  increase mobile penetration in Turkey’s rural areas. Does this mean the country is planning to deploy 5G technology in there as well?

5G is not needed everywhere to deliver its benefits. Rural areas can continue to run through the previously deployed 3G and 4G technologies, and 5G can be deployed in pockets where it can bring demonstrate great value.

Open Networking Foundation’s approach to 5G is to make it cloud-native so that it is easier to deploy in bigger and smaller sites. This makes it practical for rural deployments and allows it to be in the right-size for any application.

What are the rising challenges in building Turkey’s 5G network? How are they addressed?

Deploying a 5G network is an expensive proposition. However, when the network is deployed correctly, 5G can be rolled out in strategic locations to supplement the existing networks. Furthermore, Open Networking Foundation is building ‘cloud-native’ 5G platforms, meaning that low-cost white box hardware, commercial off the shelf servers, and storage and networking equipment can be used to drastically reduce costs and increase efficiencies. 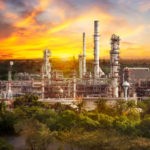 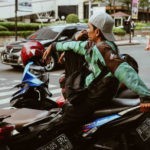