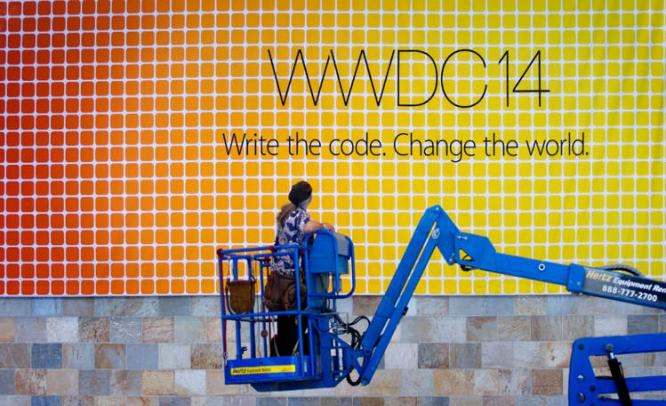 But with all the major tech players offering synced services, the barriers to switching from Apple to Android or Windows to Apple are becoming higher July 21, 2014: On Monday 2nd June, Apple held its annual Worldwide Developers’ Conference (WWDC) at the Moscone Center in San Francisco. Despite rumours of new devices like the iWatch and a bigger iPhone in the run up to the...

But with all the major tech players offering synced services, the barriers to switching from Apple to Android or Windows to Apple are becoming higher

July 21, 2014: On Monday 2nd June, Apple held its annual Worldwide Developers’ Conference (WWDC) at the Moscone Center in San Francisco. Despite rumours of new devices like the iWatch and a bigger iPhone in the run up to the event, the conference was all about the software. Apple announced updates to both its mobile platform, iOS, and OS X, the platform that Mac desktops run on. The updates will bring a deluge of new features to Apple products, alongside making them work better with each other.

At the same time, Apple confirmed what Blackberry has feared for a long time — that they now dominate the enterprise market. According to CEO Tim Cook, 98% of the Fortune 500 companies’ preferred smartphone is the iPhone. Inevitably, that’s a lot of business travellers writing email, viewing files and making calls on Apple devices.

The new features that are coming with iOS8 and Yosemite will make working on the go, not to mention just being on the move, a lot easier. Here’s my list of the top 8 features business travellers should be looking forward to:

Near Field Communications (NFC) technology was touted as the next big thing, with other smartphone operators installing on their devices for over a year now. Apple surprised many by declining to go down the NFC route, instead choosing to include Bluetooth LE in devices from 2013 onward. This coincided with the launch of iBeacons, an Apple service that allows retailers to detect where shoppers are in their stores and send notifications if they have the brand’s app installed – payment isn’t an option yet but that might all be about to change.

At WWDC, Apple announced it would be allowing developers access to its Touch ID feature. This is a big deal because it gives developers the opportunity to link up payments for their apps to the 5S and any new devices that use Touch ID (think the iWatch). Imagine waving your wrist at a pad to pay for a coffee and then confirming the purchase just by pressing your device’s fingerprint scanner.

Having your mail bounce back at you whenever you try to send an email crammed with attachments is a problem you’ve definitely come up against. Workarounds can be complex or fiddly, especially when not everyone is quite so tech savvy and doesn’t use cloud based file sharing software like Dropbox or Google Drive. Apple’s new Maildrop feature promises to eliminate that problem automatically, and invisibly uploading the files to iCloud and then doing the reverse at the recipient’s end. If the recipient isn’t on a Mac or iOS device, they’ll automatically get a link included in the email where they can download it in one click. This will allow you to send huge, yes huge (Apple claims up to 5GB), files or folders of files via email as if it were nothing.

3. Extensibility – Your apps will work together

Apple has always been known as a pretty closed off company, from their tight-lipped approach to product releases through to their operating systems. At this year’s WWDC, we witnessed a definite change in philosophy. This is exemplified by the new open mobile model called ‘Extensibility’.

Previously, apps would operate separately from each other, or in individual ‘sandboxes’. Now Apple wants to change all of that. Extensibility will allow apps to talk to each other and share data, if you let them. Apple demoed a few handy examples of this by modifying Safari to use Bing’s translation tool and a pin button from Pinterest. The actual possibilities the new model allows are incredibly vast. In the case of the business traveller, how about seeing the location of the hotel you’re booked into pop up automatically in Google Maps when you’re nearby? Ever get emailed important files while on the go and can’t save them to where you need? The new functionality will allow you to save files to iCloud, or Dropbox and other 3rd party file sharing providers right from within your iPhone.

4. Notification Centre – Do more on the fly

Another cool feature that ‘Extensibility’ brings is app widgets in the notification centre. During the keynote, we saw a demo of an eBay widget sending notifications that Apple’s Craig Federighi was being outbid on a guitar where he was able to enter a new bid right from the notification centre. This same usability will apply to iMessages, meaning you can swipe down on a message notification and reply straight away, without having to open up the app. A definite time saver while on the move.

A useful addition for business travellers might be for an app notification that online check-in has become available for your flight, giving you two buttons – ‘View Flight Details’ and ‘Check Me In’. If you click the check-in button in the widget, you’re then prompted to authenticate your details with the touch of a button, the Touch ID button specifically. Checked-in in three clicks. How great would that be?

Developers now have access to Touch ID. Developers now also have access to a framework specifically designed for home-based appliances, Homekit. Combine the two and what do you have? You have an app, or apps, that can unlock your hotel room door, order and pay for room service or even purchase a movie on iTunes that you’re connected to via the room’s Apple TV. All done with just your fingerprint to authenticate you as a guest using Touch ID.

6. HealthKit – Keep track of your health on the go

We all know business travel isn’t great for our health. Dashing around, screwing up your body clock while wolfing down bland, reheated airplane food (Travel Fact: Your taste buds are roughly 30% less sensitive at high altitude due to cabin pressure and the dry air, hence why the food tastes terrible). Well Apple might be able to help you counteract the business traveller bulge. In line with HomeKit, Apple is also releasing a framework for health apps to communicate with each other called ‘HealthKit’ (see what they did there). Approved apps will then reside in a new hub on your Apple device called ‘Health’.

Opening up apps to each other with extensions makes perfect sense in this case. Allowing different health apps to communicate together magnifies their usefulness. As a result, information from sleep monitoring apps can be combined with the likes of Nike+ to get a more complete picture of your health. Add in some information on your diet and you pretty quickly end up with a device that knows you (a lot) better than your GP. We might not be too far off your smart devices being able to schedule a 20-minute run after your mid-morning conference call, perish the thought, or suggest restaurants to eat at based on your target weight. Exciting and scary all at the same time, I know.

7. Handoff – Start work on your iPhone, finish it on your Mac, or tablet.

When iOS8 and OS X Yosemite launch later this year (for iPhones, iPads and Macs respectively), Apple’s Airdrop feature will bring the ability to seamlessly share files via Bluetooth across all your Apple products. The much bigger, more unexpected innovation that Apple unveiled at WWDC was Handoff. Handoff recognises when you’re performing a task such as composing an email or editing a keynote presentation on one device and preps another nearby device to take over. Running late for a meeting and halfway through an important email on your desktop? Pick up your iPhone and you’ll see a mail icon in the bottom corner of your lock screen. Tap it and mail will open up on your iPhone with exactly what you’ve already typed out on your Mac. Finish that email on the go, no need to stick around and finish it or type the whole thing up again on your phone. Viewing a webpage in Safari on your iPad on your way to the office? Click the Safari icon on your Mac and you’ll be taken to the same page you were browsing a few minutes earlier on your other device.

For years, the Blackberry dominated the enterprise smartphone market thanks to the ease with which you could tap out an email and fire it off while on the move. The world is very much a touchscreen place now, but that doesn’t mean there aren’t inherent issues with typing on an iPhone. Just visit Damnyouautocorrect to see the odd, hilarious and occasionally downright shocking results of not checking your message before sending it. When iOS 8 launches later this year, iPhone users will be given a helping hand, with suggested words popping up just above the keys based on what you’ve already typed. iOS 8 also learns to differentiate how you talk to your boss compared to your friends and family too, serving up words based on previous conversations.

Android users highlight that they’ve had this feature for a while now but given the platform’s poor adoption in the enterprise space (Apple accounts for almost three quarters of enterprise smartphone adoption), this is a step forward for the iPhone sporting majority of business travellers.

This much is clear. By opening up its apps to work together, and getting different platforms to work seamlessly no matter what you’re doing, Apple is now promoting its unified ecosystem just as much as the devices themselves. With all the major tech players offering synced services, the barriers to switching one device from Apple to Android or Windows to Apple are becoming higher, but the benefits of sticking with one platform for all your gadgets were clearly on show for business travellers who use an Apple device.

The improved Notification Centre will mean you’ll be able to do more quickly, adding a new layer of responsiveness to Apple’s mobile devices. Combine this with a now truly useful iCloud and the ability to pick up tasks from where you left off on another device and you’ve got a proposition that many executives would find hard to ignore, even if a Mac is four times the price of a Chromebook.

Apple also ensured even more support from its massive developer community by unveiling a new programming language, Swift. It promises to make app development quicker, easier and more accessible. This goes a long way to guaranteeing that apps will appear first on Apple devices whilst also allowing more and more people to develop apps for the Cupertino based firm. 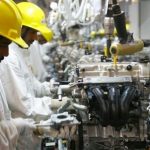 India’s industrial output in May highest since 2012-end 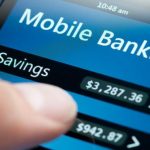 Mobile, i-banking transactions worth nearly £1 billion a day in UK