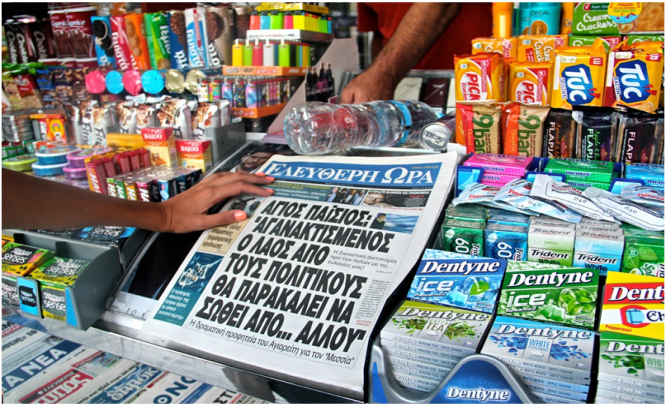 Worsening economy and increased suicide rate amid debt crisis in Greece Kamilia Lahrichi July 28, 2015: A few kilometers away from the cradle of Greek civilization, on the Aegean Sea, sailing boats are swaying with the strong wind. “The referendum was like being in a sinking ship with [Prime Minister Alexis] Tsipras as the only captain,” says Nicos Agas, a farmer and wine maker on...

July 28, 2015: A few kilometers away from the cradle of Greek civilization, on the Aegean Sea, sailing boats are swaying with the strong wind.

“The referendum was like being in a sinking ship with [Prime Minister Alexis] Tsipras as the only captain,” says Nicos Agas, a farmer and wine maker on the remote Folegandros Island.

On July 5, 2015, Greeks overwhelmingly spurned the austerity measures the European Central Bank, the European Union and the International Monetary Fund – Greece’s creditors coined the troika – asked their country to adopt, in a key referendum.

The Hellenic country has been engulfed by a dire debt crisis since 2010. The government then raised the alarm because it had understated its deficit.

In January 2015, the left wing and anti-austerity Syriza party won the general election. But some still do not have faith.

“Since January, every day has been worst than the previous one,” says George Natsas, a 71-year old sailor convert.

He was forced to retire in 2009 after working for decades for a German computer company in Greece. Management said they would pay him the two-year difference left until he retires.

With the current situation, George’s pension shrank from 2,000 euros a month to 1,200 euros. It is likely to further decrease with the austerity steps the Parliament approved on July 15, 2015.

The troika has lambasted Greece for its heavy spending on pensions and required it overhauls its pension scheme.

The southeastern European state offers the most generous benefit packages to retirees than any other country in the Union – it spends 17.5% of its GDP – according to 2012 data from Eurostat.

This is a huge amount in a society where 20% of the population is over 65 – one of the highest numbers in the EU.

Yet “debts are debts and they need to be repaid,” says George. He explains that in the past decades, Greek politicians “have given money to people but no solutions” to the deep-grounded problems.

On the road to recovery?

The Parliament’s decision to secure a €5.8-billion bailout fund in exchange for implementing harsh economic policies sparked new anti-austerity protests in the capital. The entrance of the building was ablaze as groups of activists were throwing Molotov cocktails at the police during the parliamentary vote at night.

Austerity measures include heavily cutting down spending, namely reducing the wages of 25,000 public sector employees, and increasing taxes. In addition, the Hellenic country has until August 20, 2015 to repay €3.2 billion to the ECB.

Bank branches in Greece then reopened after a forced three-week closure. They now allow slightly more flexible withdrawal limits: people can withdraw 120 euros if they do get cash the previous day. Greeks could only withdraw 60 euros a day before the deal.

In most shops, owners do not accept credit cards anymore, as they are afraid they will not be able to cash the money.

Although Greece is ticking some boxes required by the EU to get a financial rescue package, the economy – in recession – remains weak. As the small country keeps borrowing from foreign creditors, its economy is likely to further contract and the debt burden rise.

For instance, small company owners – the backbone of the Greek economy – are greatly affected. Many are compelled to go out of business due to foreign transfer restrictions.

Constantinos Michalos, the head of the Athens Chamber of Commerce, wrote in a letter to Greece’s finance ministry that these constrains create “huge problems” for companies relying on foreign suppliers.

Emblematic of this dire situation, the latest products are missing in an electronics shop in central Athens. “We can’t even sell the most basic camera lenses,” says the manager.

His business depends on foreign retailers but he does not have enough cash to import electronics.

The crisis strikes the food and beverage industry too. Restaurant owners cannot withdraw enough cash to pay their suppliers.

“People feel terrible and their mood has changed because the crisis affects them,” says Costa, a 43-year old Athenian cab driver.

He was forced out of work after working for 25 years in a construction company as all the projects were halted due to the crisis. He decided to become a cab driver after being unemployed for four years.

“With these new austerity measures, people will probably pay even less taxes to rebel against the current situation,” explains Costa.

At the end of the ride, he tears down the taxi receipt to dodge paying the tax. “It all goes to the state,” he complains. With the recent VAT rise from 13% to 23%, he is earning less and customers are paying more, he says.

This is another measure the Parliament approved as part of the rescue deal to show creditors that Greece is serious about reforming.

Yet, tax evasion is a widespread evil Greece has been struggling with. Whilst the majority of Greeks pay taxes normally, contractors, liberal professions and some large companies fail to declare their real income, thereby promoting the endemic practice.

Though he acknowledges that the measures are harsh, “as far as the reforms are concerned, we should have enacted them 30 years ago,” he adds.

“Our living standards have been under great pressure for almost six years now, and will continue to be under heavy pressure,” explains Mr. Doukas, who is now Chairman of Capital Partners SA, a Polish private equity firm.

To cope with the rapid inflation since February 2013, restaurant owners write their prices on a chalkboard. It is also common to see restaurant menus with new – higher – prices written on a paper tag to hide the older prices.

Whilst most tourists sailing towards exotic Greek islands and eating feta cheese and souvlaki – a national dish with grilled meat on a skewer – might not realise it, the reality is that the budgetary belt-tightening is killing Greeks.

Suicide rates in the Hellenic country surged by 35% in less than two years, research by the health web resource Medscape found in June 2015.

Besides, the record 26% unemployment rate according to the latest figures of the EU statistics agency – it tripled since 2009 – has prompted the creation of the “We Won’t Pay” movement in reaction to the grueling austerity measures.

Its 10,000 members have blocked highway tolls to make them free for drivers, reconnected power to poverty-stricken homes and covered metro, bus and tram ticket machines with plastic bags to prevent people from paying. Doctors too have joined the fight by helping patients avoid paying hospital fees.

To highlight people’s opposition to the Parliament’s adoption of harsh measures, a black street graffiti reads “We will not work on Sunday” on a wall in the touristic square down the Athenian Acropolis.

As part of the bailout deal, the long-cherished day of worship and family has become a business day to jumpstart the economy.

In addition, the reforms encourage Greeks to work more – although they already work longer hours than their European counterparts. Greeks worked 44.2 hours a week last year, compared with 41.5 for Germans and 41.2 hours on average for the rest of European countries.

“This situation is very unfair because politicians have been thieves and corrupted in the past 30 years. The people are not responsible,” says Demetrius, a 58-year old cab driver in Athens.

“Yes, we voted for them but they lied to us,” he explains.

A Transparency International report titled “Corruption Perceptions Index 2014: Clean Growth at Risk” found that Greece was at the bottom of the European list on perceived levels of public corruption. It is on an equal footing with Italy though.

“We always have a solution”

Whilst some local newspaper headlines foresee a catastrophe in the country and the EU, the central square in Plateia Agiou Konstantinou in Athens remains filled with Greek youngsters dipping pita bread in tzatziki and drinking in bars on a Tuesday night.

A few hours away from Athens, on the Folegandros Island, six locals look puzzled as they enter a restaurant overlooking the immensity of the Aegean Sea: the only table available is for four people.

The waiter quickly pulls out a segment from the expandable wooden table, turning it into a table for six people. “We’re Greek, we always have a solution,” he says, with a grin.

Top 10 most epic trades of all time 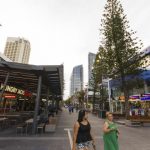 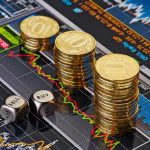 ‘Turkish people love trading and they want to take risks’