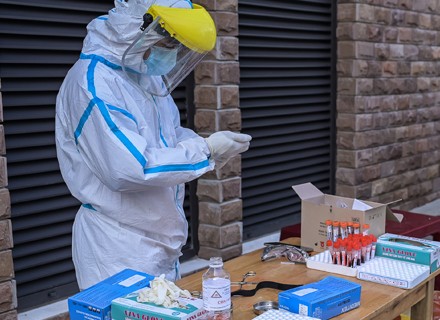 The World Bank in its report titled What will be the new normal for Vietnam? The economic impact of Covid-19 said that its economy remains resilient despite the protracted pandemic and is expected to rebound. Of course, the Vietnamese economy suffered from Covid-19 in the first half of the year, but its prospects remain positive for both short and medium term. The fact that the situation is improving in some parts of the world, the World Bank has predicted the country’s economic activity to rebound in the second half and will grow at a rate of around 2.8 percent for the whole year. Economic activities are expected to pick up pace next year with the country growing at a rate of nearly 6.8 percent during that period. Despite the optimism, the economy will expand by only 1.5 percent in 2020 and 4.5 percent in 2021 with unfavourable external conditions casting their influence on the country’s growth.

According to the World Bank, it is not likely for the country’s traditional sources of growth in foreign demand and private consumption to return to pre-crisis levels quickly. The pandemic has reinforced inequality as it affects businesses and people in various degrees. For example, workers in the service industry have observed a more significant decline in their income compared to farmers. Experts urge the Vietnamese government to find new ways to compensate for the weakening traditional drivers of growth while managing rising inequality. This firmly necessitates finding new drivers of growth to hit post-pandemic recovery.

Identified measures to reach inclusive growth performance
The World Bank in its reports pointed out three measures that can help the government protect the Vietnamese economy from the pandemic and return to its historic record of rapid and inclusive growth performance. First: Policymakers in the country should consider removing restrictions on international travel, gradually balancing the safety concerns, since the economy is largely dependent on international tourism and foreing investment. Second: The country must focus more on public investment programmes to enhance domestic demand, but the government must ensure proper allocation of resources and financial management prior to the execution. It is important to note that authorities must capitalise on their resources directed to projects—demonstrating the biggest impact on the economy and jobs during the project’s implementation. Third: The government should support the private sector through economic stimulus or other relief packages. This is especially important to the private sectors—such as supply chain and logistics or those involved in tourism and hospitality for taking a severe hit from the pandemic.

According to the World Bank, the country must consolidate its existing footprint by developing strategic alliances with countries which have not been impacted by the pandemic—or those who have reported low positive cases compared to China, the US and India. The country has potential to simultaneously boost promotion efforts to attract companies seeking to diversify their supply chains. The pandemic has in fact presented an opportunity to accelerate the digitalisation process in the country and the rest of the world. This is true with many countries investing in the upgrade of digital payments, elearning, telemedicine and digital data sharing. So Vietnam should follow suit in response to the pandemic and fast-expanding demand for quality services from the working class.

The country has potential to capitalise on the pandemic
The Vietnamese government has introduced many counter measures to deal with the impact of the pandemic. Regulators have proposed a cut in corporate income tax up to 30 percent to boost cash flow. The rate cut will increase investments in private companies, small and medium enterprises (SMEs) as well as public enterprises. Simultaneously, it will provide considerable tax benefits and even deferred tax payments. The informal sector, especially the SMEs in the country play an important role in its economy. It is reported that SMEs comprise nearly 97 percent of total business in Vietnam. Also, the ratification of the Free Trade Agreement (FTA) between the European Union (EU) and Vietnam will be hugely beneficial for its trade. Besides Singapore, Vietnam is the only country in Southeast Asia to have a trade treaty with the EU.

The Vietnam EU trade agreement is anticipated to enable entry of 71 percent of Vietnamese goods to Europe without imposing any tariffs. Similarly, 65 percent of goods from the EU would enter Vietnamese market, also tariff free. The ratification of the free trade agreement is anticipated to boost Vietnamese economy by more than 2.4 percent. Given the ongoing trade war between the US and China, Vietnam is also looking to take advantage of the situation and shift major manufacturing units from China to Vietnam.

One major contributor that Vietnam is considering is promoting local shops, SMEs, online marketing activities and ecommerce which will be inversely beneficial to the manufacturing sector. The country might even start a production line for cheap manufacturing of medical drugs with discoveries for a Covid-19 vaccine just around the corner. The country has already been applauded for its efforts to produce PPE kits and other sanitation material which are distributed to different countries in the world. The pandemic is nothing but an opportunity for Vietnam to explore the possibility of producing low cost kits and medical equipment.

Textile exports to increase investor appetite
More recently, it was reported that the country is encouraging garment manufacturers to make personal protective equipment. This even includes facemasks to offset the decline in textile exports and foreign investment. Foreign direct investment during the period between January and August dropped 13.7 percent compared to the same period last year. In fact, investment in the country was exponentially rising over the years and was up 7 percent last year.

For real, face masks are only small-scale items but they carry huge export potential during this time. The move is highly strategic for Vietnam because wearing masks is becoming mandatory in most parts of the world. Also, Vietnamese textile companies are carrying out business deals through WeChat, enabling themselves to introduce products and negotiate prices—which is the first in its domestic textile market.

US businesses seek to locate operations in Vietnam over China
The southeast Asian country has emerged as one of the top destinations for US investors seeking to relocate their China operations. The country is in fact a strong contender for business investment and operations—with a unique advantage of being an attractive investment destination for US companies in the last couple of years. It is worth noting that the Vietnames market is still not highly popular among new investors—which means it is ripe for new investments.

In particular, Ho Chi Minh City is a prime investment destination for new investors in the country. Because manufacturing in China has drastically reduced due to its trade war with the US—it gives Vietnam more power on the economic front. The country prides itself on a stable political and business environment—and the fact that it has low wages is something that foreign companies will thrive on in the future—subsequently creating a huge opportunity for the economy.

Reopening tourism ahead of its peers brings competitive advantage
Recently, the country opened its tourism sector which accounts for nearly 9 percent of its $260 billion dollars economy. With major Southeast Asian tourist destinations such as Thailand, Malaysia and Singapore still not open to international tourists, there is a huge opportunity to divert those tourists to Vietnam. That said, the diversion from other Southeast Asian countries to Vietnam will not prevent the number of international tourists from decreasing 50 percent to 70 percent for the year. This drop will obviously have a significant impact on a sector that has been hit the hardest in every part of the world. It is reported that thousands of tourism operators in Vietnam have shut down their business already. A lot also depends on the willingness of foreign travellers to visit Vietnam. The country has reopened its borders and resumed flights, while other countries might not have implemented that.

Asian Development Bank’s economic forecast is positive
Asian Development Bank published a report which found that the country is expected to grow by 1.8 percent this year and bounce back to 6.3 percent in 2021. Although the protracted pandemic has hurt the economy on many levels, the growth is expected to be resilient owing to the government’s efforts in containing the spread of the coronavirus infection. But the report points to the fact that economic recovery in 2020 is difficult, especially on the back of weakening global economy. On the bright side, however, the country is demonstrating stronger resilience compared to its regional counterparts—and the outlook over medium and long-term remains quite positive.

In fact, Asian Development Bank believes that the Vietnamese economy is bolstering its macroeconomic stability, increase in public expenditures and several reforms to improve the performance of businesses. ADB Country Director for Vietnam Andrew Jeffries told the media, “Lower domestic consumption and weak global demand caused by Covid-19 have hurt Vietnam’s economy more than expected. But economic growth will be resilient in 2020, in large part due to the government’s success in controlling the spread of Covid-19.”

Much depends on global economic rebound
Even though domestic consumption has been a key growth engine for the country, it alone cannot support rebound to pre-pandemic levels. Domestic consumption in the country accounts for nearly 68 percent of the gross domestic product—but many have pointed out that their incomes have been disrupted—as is the case with most countries. So the country’s short-term outlook is closely tied to the global economy. For economic recovery to happen, the country will have to look into its manufacturing sector as the level of production will be dependent on demand which is again impacted by the global economy. The opening up of the tourism sector means the country is well positioned to deal with the pandemic. Given that it has successfully managed to contain the spread of the infection, it is in a good condition to receive an increasing number of international tourists diverted from other tourist dominated Southeast Asian countries such as Thailand or Singapore. But it is also important for the country to take necessary precautions to prevent a relapse. 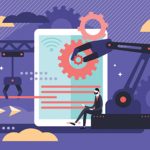 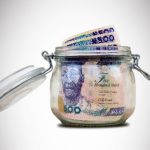 Why Nigeria is a haven for money market funds