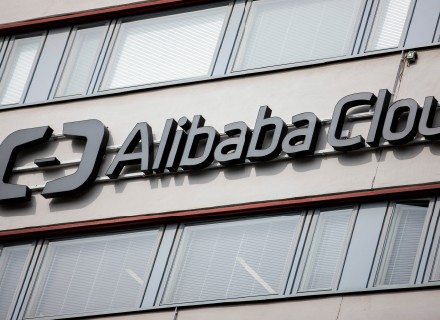 An interesting development in fighting against the novel coronavirus is the Chinese major Alibaba’s new cloud-based invention which will act as a diagnostic tool in detecting the virus in patients. The major is looking to help  European healthcare units using the tool, which has come at a time when its peers like Huawei are working their way to aid Europe—which has now become an epicenter of the coronavirus. Although the outbreak of the coronavirus epidemic started in the Chinese city of Wuhan, it has navigated its way to other countries in Southeast Asia, the Middle East, Europe, Africa and the Americans. It is found that some of the European countries like Italy, France and the UK are hard hit by the pandemic on the continent. At the same time, it is found that nearly 48 million cases have been reported globally, with casualties of around 1.22 million.

The US President Donald Trump has publicly termed the coronavirus as a ‘Chinese virus’, and President Xi Jinping’s government has been staring at criticisms over its delayed response to the virus and its efforts in trying to shield the news of the outbreak from the rest of the world. The unpleasant reputation of China has been months in the making—and another intriguing conspiracy theory is that the virus was developed in a lab in Wuhan—a powerful strategy to win global dominance.

Is it the work of an opportunist or humanitarian?

The record officially marks what was already known: the spread of the infection is dangerously rapid in almost every country. It is spiraling out of control, and China is capitalising on the situation to build economic relations and single out the US—can make an interesting conspiracy theory. There are other theories attached to Alibaba’s extending effort to support Europe: It could be completely humanitarian in nature; or it is plausible that China is seeking to rebuild its global reputation that has been crumbling down in the aftermath of the rapid infection spread.

Truth be told, the reasons are difficult to gauge. But one thing is certain: Alibaba has immense potential in financing and developing a cloud-based tool that can aid medical practitioners in detecting the virus. But the bigger question points to—are European countries willing to involve Chinese corporations in their pandemic story?

Alibaba said that the proposed coronavirus diagnostic tool has been successfully tested in Chinese hospitals and it claims that its software can diagnose the virus quickly with 96 percent accuracy. The tool was developed at its research center Damo, and has tested it in China on 5,000 patients. With that, it has offered healthcare representatives in France and Italy to use the tool in the detection. For years, Alibaba has been expanding its footprint in Europe, mainly in payments and retail sectors.

The company’s efforts are aligning with other top Chinese technology companies’ outreach in Europe, showcasing their home-developed tools that can aid in the fight against the virus. Besides Alibaba, China’s famed Huawei has also offered enhanced video conferencing and wireless connectivity capabilities for hospitals in Italy. But that’s not all. The telecom major has donated protective suits and 200,000 masks to hospitals in Milan. Baidu is also developing an algorithm that analyses the virus’ biological structure.

Against this background, experts firmly believe that the increased efforts of Alibaba and its Chinese peers are linked to Beijing’s diplomatic and material efforts in strengthening economic relations with Europe, especially with the Trump administration distancing itself from the continent. Alibaba is also capitalising on the fact that no research lab in Europe has come forward with a broad diagnosis solution for the coronavirus detection.

Besides offering its cloud-based diagnostic tool, Alibaba has shipped two million masks to the continent through Belgium. The company has not set its sights on Europe alone, but it is gazing at the world map because it has also proposed a cloud-based information sharing platform for doctors in various countries. More importantly, founder Jack Ma’s foundation has already provided ventilators, masks and other supplies to Africa, Latin America and Asia. In line with these efforts, some say it would be wrong to perceive the company as an opportunist.

Alibaba has taken a shine to cloud business

The company is thriving despite the coronavirus which has crippled its spending and pushed the Chinese economy into its first contraction in 28 years. The reason is because of its significant efforts in increasing its investments in cloud technology. Recently, Alibaba announced a $28 billion increase in spending on cloud technology over the next three years, pointing to the fact that it is strategically banking on its cloud technology at this time.

Over the years, Alibaba forayed into different lines of business and the most notable of them all is its fintech venture Ant Group, which was recently listed on the Shanghai Stock Exchange and the Hong Kong Stock Exchange. Even though the company is investing heavily in cloud technology, it is not exactly perceived to be its growth driver. While outpacing the rest of the business, it still accounted for just 6.6 percent of revenue in last December. Although cloud technology is not generating huge revenue, it does not mean that the investments are futile. Alibaba’s renewed focus on cloud also has to do with the developments around technology in China. In recent years, its Chinese peers Tencent and Huawei have been heavily investing in cloud technology.

In fact, Alibaba Cloud which is the fintech academy and US-based drug manufacturer Pfizer have signed a Memorandum of Understanding to align their fintech and healthcare capabilities. The mega alliance will create the Southeast Asia Centre of Innovation in Singapore which will facilitate the creation of a healthcare technology ecosystem to provide its expertise and resources for healthtech and fintech startups. The plan is to cover the greater Asia region.

Under the terms of the agreement, Alibaba Cloud will provide cloud credits and mentorship to healthcare and fintech startups in the region and help them to harness the power of revolutionary technology such as Artificial Intelligence and cloud. On the other hand, the fintech academy will carry out a venture building programme and it will provide talent management support to businesses under the ecosystem. Meanwhile, Pfizer will bring its market commercialisation expertise to the table.

Other Chinese majors extend support too

As previously pointed out, Alibaba and Huawei are not the only companies to have emerged as global donors at the time of the coronavirus. TikTok announced a $250 million package to pay health workers and people who are highly vulnerable at this time. Tencent which operates the popular Chinese messaging service WeChat has set aside around $100 million for the same purpose. The technology giant has also provided aid in terms of masks and protective gear to 15 countries, while Chinese electronic gadget manufacturer Lenovo and electric automaker BYD Auto have donated a significant number of  masks and other supplies.

Over the years, Jack Ma’s foundation has also been deeply involved in a lot of humanitarian work and it is relentlessly working to help countries in the fight against the virus. The foundation is helping the African Centers for Disease Control and Prevention expand virus testing to more than 1 million people across the continent. It has also claimed that it will supply a total of 500 ventilators, 200,000 protective suits and 5, 00,000 gloves across the continent.

In this context, we should note that over the years, China’s interest in the region has spiked. Case in point: Chinese investments are tremendously growing. China wants to influence its presence in the region, both diplomatically and industrially. For that reason, it has set its sight on Africa’s resources, emerging economies and 1.3 billion people. Also, Africa would prove to be an important ally for China as it plans to overtake the US and emerge as the new global leader.

Even though the US has been raising red flags against China and its companies, African countries such as Senegal, Rwanda and Ethiopia have publicly thanked Chinese donors. Huawei said it has donated medical and communications technology, masks and other protective gears in more than 20 countries including Spain, Ireland, Zambia and South Africa. In contrast, the US President Donald Trump has publicly accused Huawei of secretly working for the Chinese government and using its resources to act as a secret agent on other countries. But those alleged claims have not been proven yet. The US has even pressured its allies in Europe to exclude Huawei in their development of 5G infrastructure.

Since the pandemic, China has witnessed an increase in investment in its healthcare sector. Funding for healthtech and biopharma startups in China have also increased in the last couple of months and the activities are not just limited to startups and healthcare companies. Technology majors like Alibaba, Baidu and JD.com are ramping up their healthcare units. Earlier this year, Alibaba had launched an online clinic service on its Alipay apps and the facility was first available to its users in Hubei province, where the  virus originated. The service has allowed people to get online consultations with doctors without needing to visit a nearby hospital. Such online consultation services amid the pandemic have helped China to curb the spread of the infection.

The online clinic service was followed by a drug delivery service, which allows people with chronic diseases to have their medicine delivered to their doorstep from a chemist nearby. This service proved very useful as hospitals in China were overburdened with coronavirus cases, and they are sometimes left with little resources to help those with other chronic diseases.

Alibaba’s research arm has also developed a new artificial intelligence algorithm to analyse computerised tomography (CT) scans. The company claims that its artificial intelligence can distinguish between images of highly suspected coronavirus-infected pneumonia, slightly suspected and non-coronavirus infected pneumonia within a time span of around 20 seconds, with 96 percent accuracy. According to Alibaba, it has used the algorithm in 26 different hospitals across China. Given the success of the tool and its importance, the technology was made available to more than 100 hospitals in China treating coronavirus patients. Alibaba made its cloud platform accessible by global research institutions to help them accelerate their efforts in so-called gene sequencing related to the coronavirus.

Even Tencent has launched free online health consultation services available through its messaging application WeChat. The technology giant opened up a supercomputing facility to help researchers in their quest to discover a vaccine for the virus. In fact, search engine giant Baidu also runs an online doctor consultation platform. According to Baidu, the services are free and the platform has handled over 15 million inquiries from users in China hosting over 100,000 doctors to answer questions in its initial months. China’s biggest ride-hailing business Didi opened up its cloud facilities for researchers free of cost and to carry out relief projects. 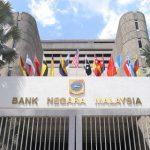 Malaysia won’t be the same after its taxonomy 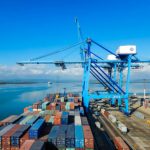