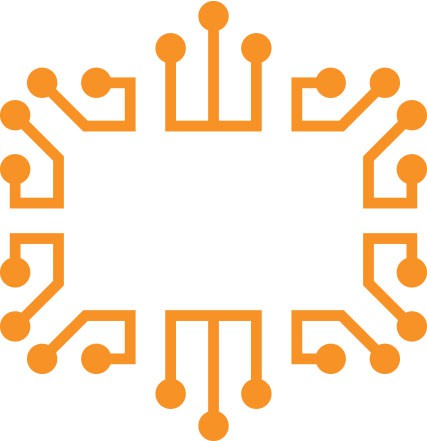 The present generation, one could say, is deeply spoilt for choice. From ordering different takeaways every day to effortlessly changing one’s profession – options exist aplenty. Looking at the currency system, impressive changes have taken place within the system, with the first recorded form of currency system going back to 2,000 BC. Right now, globally, the currency system is plagued with multiple payment alternatives with digital currency emerging as the most popular, and cash transactions taking the back seat.

In the past few years, cryptocurrency has challenged the currency game in a competent way with bitcoin dominating global cryptocurrency trends. Despite questions around its legitimacy, it appears that bitcoinhas finally gained acceptance in the mainstream. Now, bitcoin, too, has found a successor, called ‘Altcoin’.

As the name denotes, the term ‘Altcoin’ is a culmination of two words – ‘alt’, which is an abbreviated version of the words ‘alternative’ and ‘coin’; referring to a currency alternate to another currency. In this case it is the alternate currency to bitcoin.

The new talk of the currency town is Altcoins, the heir and alternative of Bitcoins, both categorised under the cryptocurrency family tree. The birth of altcoins goes back to bitcoins. Although altcoins are claimed to be a better alternative of bitcoins, one of the major reasons for its birth is the fortune that bitcoins earned in the global market in 2017, with a current sky-rocketing value of around nearly US$20,000. At present, one bitcoin costs around US$7,000. Cryptocurrency enthusiasts opine that Altcoins will be wiped out if Bitcoins cease to exist.

Altcoins which are in focus in the current year are Litecoin, Litepay, Litepal, NEO, HIRE, ZCL, BRD, NEO, GAS, NEX and several more. Last year, Altcoins which were in the limelight were Litecoin,TaaS , WeTrust , Matchpool , Zcash , Ethereum , BitSend , PascalCoin , OKcash , Byteball , ZCASH , Augur , Back To Earth.

So, what makes cryptocurrencies so expensive?

The most important reason for cryptocurrencies being priced at bank’s reserve draining rates is that they are assets. But all of them aren’t pricey. Prices of cryptocurrencies boom only when theyattain the market attention. Sam Cole, the Co-Founder and CEO of KnC Group, and Blockchain consultant at Seao, shared his insight on the value of cryptocurrencies: “The vast majority of them aren’t expensive because they have no value. One of the main reasons for the top 10 cryptocurrencies having skyscraping value is that they have earned trust. The trust is demonstrated in the fact that people buying them have a reasonable expectation that the same price or a better one will be available when they come to sell it.”

But when it comes to consistency of holding the market price, there is no guarantee. Be it altcoin or bitcoin, the prices keep fluctuating.

How are Altcoins and Bitcoins different?

Although Altcoins and Bitcoins are categorised under cryptocurrency, both hold their own set of differences Altcoins, like bitcoins, have their own set of blockchains, miners, and wallets – the major zones where the two are distinguished.

An established bitcoin, until now, has been more secure than that newly introduced Altcoins in the market. Brian Hoffman, the CEO of OB1, a company which has been assisting people make free-trade through a Bitcoin-based decentralized peer to peer marketplace, told how the two differs from each other, “To me, altcoins are a way to experiment with different types of technical solutions or economics designs that doesn’t require changing Bitcoin itself. They’re less secure but allow dramatic changes to the way the coin operates without approval from the Bitcoin Core developers.”

A lucrative future or a bumpy one?

Following the changing tides of the payment’s industry, it’s too early to sketch the definite future of Altcoins. As many consider Altcoins to be an upgraded version of Bitcoins, targeting the shortcomings of the Bitcoins and consistently delivering better versions of them might be only points which would help Altcoins overrun Bitcoins. But for the time being, its best to allow the experts to debate and speculate.

Bundling up his years of cryptocurrency experience, Sam shared his final outlook on the prospects that are in hold for Altcoins, “There will always be copies, and people will be pushing their own coin wanting to make it rich. But the few that have great features will be around for a long time.” Putting forth the expectation he has tailored for Altcoins, he further elaborated, “I’m personally looking for a coin with properties that will work for micro machine to machine payments. For example, one that my car will use to pay other cars, allowing me to overtake.”

No matter how many opinions we envision, it will be time to will map the road ahead. So, it’s best to wrap up the article with the words of Brian, “It still remains to be seen if Altcoins contribute to a better system overall or if most are simply a money grab for people who missed out on Bitcoins early days.”

With bitcoin’s future traipsing up and down rapidly, altcoin’s road ahead seems even more uncertain but as the experts suggest, its best to wait and watch how cryptocurrencies alter global trading and transactions. 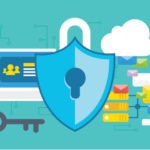 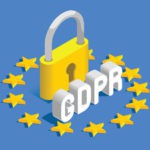 GDPR is here – how will this change the way businesses run?