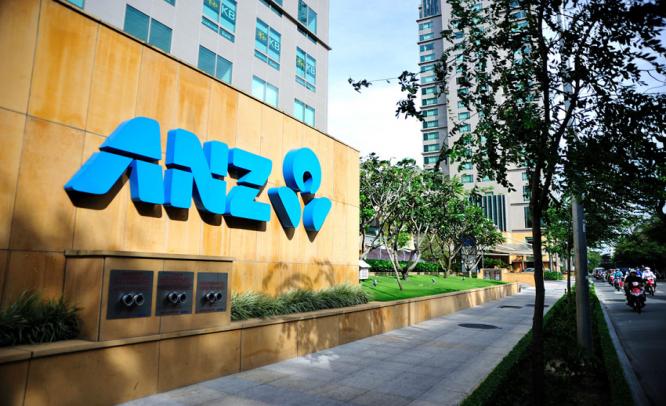 The formation of a consuming middle-class is occurring at a faster pace in Vietnam than in any other emerging Asian economy, including China, India and Indonesia February 11, 2015: Commencing operations in Vietnam in 1993, ANZ was one of the first foreign banks to open representative offices in major cities, including Hanoi (1993), Ho Chi Minh City (1996) and Can Tho (2003), which is the...

The formation of a consuming middle-class is occurring at a faster pace in Vietnam than in any other emerging Asian economy, including China, India and Indonesia

February 11, 2015: Commencing operations in Vietnam in 1993, ANZ was one of the first foreign banks to open representative offices in major cities, including Hanoi (1993), Ho Chi Minh City (1996) and Can Tho (2003), which is the hub for exporters in the Mekong delta. It was the first bank to install an ATM in Vietnam.

Another milestone in its two-decade journey in Vietnam was establishment of its 100% foreign-owned commercial bank in 2009, exhibiting the bank’s clear intention to expand its organic business and franchise in Vietnam.

The bank has proved itself a leading player in the credit card business with significant increase in the number of card issuance and a more meaningful measure: payment volume passing 100,000 cards milestone soon early next quarter.

In July 2014, ANZ was one of the first few banks in Vietnam and ANZ’s fifth country in Asia to launch Platinum Travel credit card, a new product aimed at catering to the increasing sophisticated needs of business travellers, which helped the bank win a credible Visa Award “Leadership on Travel Segment Product Launch”.

ANZ Head of Retail Banking, Vietnam, Duong Duc Hung said: “Tapping into this growing segment with the launch of ANZ Travel Card in Vietnam is a further step in executing our focussed retail strategy and reaffirms our position as the most connected bank across Asia Pacific, Australia and New Zealand.”

Last year, ANZ outpaced the competition ranking at No. 4 in terms of Platinum credit card payment volume and No. 4 in terms of overall credit card payment volume as a result of well-executed new product launches, expansion of alternative channels, stronger and wider partnerships with merchants, roll out of various marketing campaigns, and relentless improvement in customer services.

In its recent launch of Consumer Confidence Index in Vietnam, the first monthly indexes by banks, ANZ chief Economist for Asia Pacific, Glenn Maguire said, ”Vietnam is home  to one of the most powerful middle-class income formation dynamics in Asia and is likely to rapidly emerge as a significant consumer driven market sooner rather than later.”

The interplay of a number of key dynamics is at work. First, with a population of nearly 90 million – more than Australia, New Zealand and the United Kingdom combined – Vietnam is the world’s 14th most populous economy. Second, that population is relatively young with one third of the population aged below 20 and nearly two-thirds of the population aged below 35. Third, that youthful population is relatively tech-savvy and an early adopter of new technologies and processes. Fourth, a strong anticipated pipeline of Foreign Direct Investment will see technology and skills transfer boost productivity growth for many years to come. Fifth, as a land neighbour to China, Vietnam will enjoy the proximity benefits of China’s mega-transition from investment to the world’s largest consumer market. Finally, income growth has typically outstripped the rest of Asia resulting in Vietnam having one of the fastest growing “middle classes” not just in Asia but in the world.

These dynamics will see Vietnam rapidly transition to enjoying consumption as the more significant and stable driver of overall economic growth. Indeed, the formation of a consuming middle-class is occurring at a faster pace in Vietnam than in any other emerging Asian economy, including China, India and Indonesia.

He also projected that over the remainder of this decade, Vietnam will add over 2 million people to the consuming class each year.  Between 2010 and 2020, the “consuming class” population is likely to have more than tripled from 10 million to 32 million. Over the decade from 2020-30, we would expect it to double again from 32 million to 66 million. With Vietnam’s population likely to rise to 100 million by 2030, around 66% (neatly two-thirds) of the population will be “middle class” by 2030. In just 15 years, Vietnam is likely to display a middle-class similar to that of South Korea and Taiwan today. This will be a remarkable achievement if realised.

ANZ wide range of retail product suit allows it to tap into this growing customer’s base. Of which, personal loan is one of the next key drives for retail business.

In 2012, personal loan segment had a modest growth, but expanded and has been grown rapidly in 2014 and expected is have more potential for growth in the coming years. Reasons for this forecast included the growing middle class and affluent population, young population with a “borrowing-to-buy” culture, and soaring interest for foreign players that drive more awareness on this product.

Together with some movements of the country’s economy, ANZ personal loan business in Vietnam has been growing continuously. Cash-secured loan and personal loans launched at end-2011, the two products have shown significant growth momentum 150% year-on-year), with well managed personal loan delinquency ratio.

As one of the first foreign banks in Vietnam to launch Wealth Management in Vietnam, ANZ has developed its products tailor-made for its affluent customers’ needs, which boil down to two things: growing and protecting wealth. ANZ is currently the No.1 bank in Vietnam in terms of number of investment customers and investment. ANZ Signature Priority Banking with customers having a minimum of $50,000 in deposits has achieved a decent growth at 14% year-on-year

On mortgage side, the outstanding balance went up 11% year-on-year in a significantly challenged property market. ANZ Vietnam Mortgage ranks No. 1 among foreign banks in Vietnam both in number of customers (over 3,000) and portfolio balance).  Our partners include Phu My Hung, Capital Land, Keppel Land and other large & reputable real estate developers with high quality residential products, helping our customers to acquire better living space.

Along with most ASEAN economies, Vietnam has sustained strong GDP per capita growth since the 1980s. It took just 11 years (from 1995 to 2006) to double its per capita GDP from $1300 to $2600. This is a similar pace of income growth to Japan at the fastest pace of its post-war boom.

By 2020, average per capita income is likely to have risen from around $1200 per year to around $3000 per year. This will put Vietnam firmly in the Asian consuming class.

ANZ foresees this huge potential and are gearing up to especially in its retail segment to fully release its benefit. Hung says, “ANZ Retail Banking will continue to evolve through 2015. Along with more focused strategy, strong and talented leadership and a highly engaged team, ANZ has a strong pipeline of new products and services to continue delivering higher added value banking offering to its customers, especially the affluent and emerging affluent segments.” 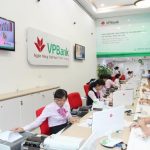 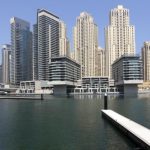