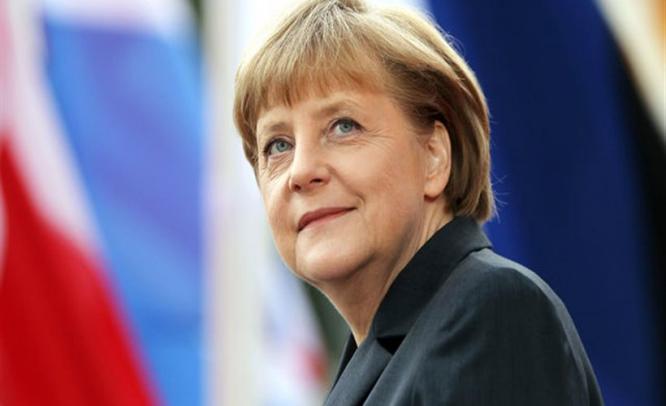 Chancellor Angela Merkel won a historic election victory on Sunday as her conservatives scored their best result since reunification in 1990. 23rd September 2013 German Chancellor Angela Merkel scored a resounding victory against her rivals in the national elections in Germany and in the process becoming the only major leader to be re-elected twice since the financial downturn of 2008. At the time of writing...

Chancellor Angela Merkel won a historic election victory on Sunday as her conservatives scored their best result since reunification in 1990.

German Chancellor Angela Merkel scored a resounding victory against her rivals in the national elections in Germany and in the process becoming the only major leader to be re-elected twice since the financial downturn of 2008. At the time of writing this article, her Christian Democratic Union (CDU) took 42 percent of the votes, five seats short of an absolute majority in the lower house. The results which were declared on Sunday gives the Merkel led Christian Democratic Union and its ally Christian Social Union with 311 seats in Parliament, the Social Democrats won 192 seats, the Greens 63 while the Left party improved its tally to 64 seats. During the election campaign Merkel and Peer Steinbrueck, a former finance minister in Merkel’s government had clashed over centre left calls for tax increases on high earners and a mandatory minimum national wage, Merkel, rejected both the ideas, arguing they would hurt the economy.

Despite the “overwhelming” results and a personal victory for Merkel, her allies fared poorly with the liberal Free Democrats (FDP) winning only 4.8 percent of the total votes polled and leaving it with no national representation in parliament for the first time in Germany’s post war history. Party chairman Philipp Roesler called it the “bitterest, saddest hour of the Free Democratic Party”. The FDP was upstaged by Green Party which won 8.4 percent of the votes, former communist left party which won 8.56 percent of the votes and new entrants Alternative fuer Deutschland (AfD) which is a strong opponent of the Euro currency and advocates its withdrawal won 4.7 percent of the votes. Although, the three parties (excluding FDP) hold a thin parliamentary majority, chances of them forming a government is ruled out.

Merkel, 59, who in all likelihood will serve her third term, thanked her party campaigners, voters, supporters and her low profile husband, Joachim Sauer. Ms.Merkel who will head the government along with Social Democrats will have to face “testing times”, the centre left Social Democrats have allowed the passing of crucial bills to aid packages for crisis ridden euro zone countries, however, they would demand their share in the domestic reforms for a minimum wage and social reforms before they join the government. It all depends on the decision and the stand of the Social Democrats, whose leader Peer Steinbrueck said the “The ball is in Mrs Merkel’s court. She has to herself get a majority”. Steinbrueck, SPD’s first line leader had hoped to enter a coalition with the Green Party, but does not appear to have the votes to do so, and has ruled out a three way alliance with the left.

Most powerful female politician of all time?

Merkel’s rise to head one of the most powerful economies in the world is a captivating story, born in a small rural town in East Germany, her father Horst Kasner, a Lutheran Pastor moved the family to Templin shortly before the Berlin Wall was erected. She was immensely influenced by the secret police- the Stasi which taught her the importance of discretion and thought process. Strong in academics in her childhood, she impressed her teachers with skills in Maths and Languages; however, Science was young Merkel’s favourite subject. She continued studying Science with Physics as a major at the University of Leipzig, people who have seen Merkel since her early days say that that the characteristics that come from being a scientist have become one of her defining skills as a politician, Stefan Kornelius, in her authorized biography, “Angela Merkel – The Chancellor and her World” says the Chancellor shapes her world view in an analytical way, (unlike politicians who think the other way) she weighs up arguments, collects facts industriously and analyses the positive and negative effects of the same. Stefan Kornelius says “She admires people with qualities that are not her own, but prefers to work her way steadily forward”. The all powerful German Chancellor credited for her decision making and raising funds for the debt stricken Euro economies started her career as a “quantum chemist” after her P.hd at the Academy of Sciences in East Berlin before joining a small independent party, the Democratic Awakening, shortly before the collapse of Berlin Wall in 1989. Her capabilities, decision making prowess and analytical abilities led to her meteoric rise in the party rankings, by the time the Berlin Wall fell in 1990, Merkel was working as a deputy press secretary to the East German premier. She witnessed the rapid financial collapse of East Germany after reunification and her peers say that this experience has given her a great lesson to handle the Euro crisis.

Merkel’s handling of the euro crisis with harsh “austerity” measures has seen her being re elected and most Germans seem to approve her handling of the crisis. She has been rewarded for handling of the currency and sovereign debt crisis in other countries, in the Euro Zone voters have punished the governments, since the Greek crisis compounded in 2010, 12 governments have fallen in Euro zone, whether of the left or of the right, Merkel is the only leader to buck this trend. Despite the currency crisis looming large at the Euro zone, German living standards, export competitiveness, jobs and prosperity have remained the same while disaster has struck other countries in the Euro Zone with countries such as Greece, Portugal needing another round of bailouts. Germany is the No.2 in the most productive economies among the G-7 nations after United States based on GDP per hours worked, its unemployment is the second lowest in Europe, it has seen an economic growth of 0.7 percent in the second quarter and managed to stave off the recession in the last 18 months.

“Give or take a few details, Germany’s euro policies are based on strong public support and a virtual consensus of all mainstream parties. The strong support for Merkel herself and her party underscores that point” said Holger Schmieding, chief economist at Berenberg Bank.

Critics review her as a boring, sober leader who lacks strategic vision relying on tactical acumen. Her critics also accuse her of not using power to show case Germany to the world both at home and in Europe.

In a time where publicity and favouritism can seem to trump over policy and substance, Merkel is an exception to the rule. Her strong leadership and austerity measures have seen the Euro zone come out of recession, her negotiation skills and ability to deliver make up for what she lacks in charm and charisma. The results have clearly validated Merkel’s policies and leadership style making her only the third post-war Chancellor to win three successive elections. 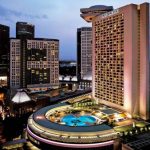