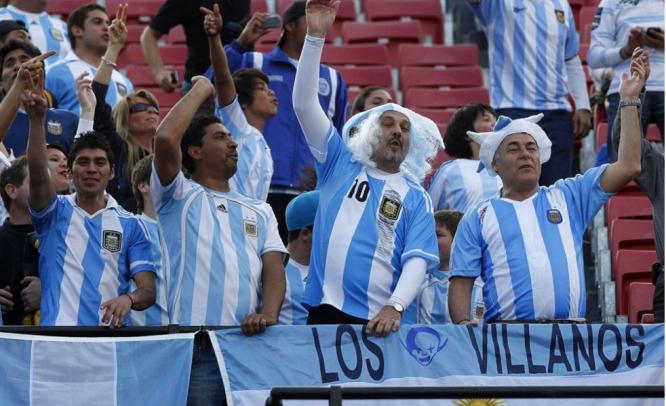 The World Cup is proving to be costly for the Argentine economy as it can ill afford to allow thousands of fans to cross over to Brazil and spend millions of dollars on the matches, reports Team IFM Buenos Aires, June 17: Argentina’s efforts to stabilise the peso while the country is being mauled by a savage inflation rate, currently standing at close to 30...

The World Cup is proving to be costly for the Argentine economy as it can ill afford to allow thousands of fans to cross over to Brazil and spend millions of dollars on the matches, reports Team IFM

Buenos Aires, June 17: Argentina’s efforts to stabilise the peso while the country is being mauled by a savage inflation rate, currently standing at close to 30 percent, may come a cropper this World Cup season.

Thousands of Argentines are expected to cross over to Brazil to see the national team led by Lionel Messi try to win the World Cup title for the third time. The demand for dollar is going to put the already weak peso under tremendous pressure as each soccer fan will spend about $2,000 (R21,300) on average to visit Brazil.

So if there were as many as 100,000 fans waiting to cross over, the total bill would go up to $200 million; this and additional expenditure through credit cards are going to make a noticeable dent in the country’s forex kitty which is at an eight-year low of $28.6 billion. Also Argentines buying dollars in the black market to skirt currency controls will pressurise the exchange rate.

After more than two years of increasing restrictions on the purchase of dollars, like taxing credit card transactions abroad or restricting online commerce on foreign websites, President Cristina Fernandez de Kirchner finally devalued the peso by 19 percent in January – the biggest in 12 years. It also marked the worst crisis of confidence for the Argentine economy since the collapse of the currency in 2002.

In order to mute the associated inflationary spike, Argentina’s central bank hiked interest rates and sucked billions of dollars of pesos out of circulation. And to further close the gap between the official and unofficial exchange rates, President Fernandez also relaxed some of the currency controls she had introduced in 2011 to stem capital flight.

If the over 40 percent gap between the official and black market peso rates widened on increased dollar demand, soya bean farmers, whose crops are the main source of export revenue, would begin to hoard their harvest in expectation of a second devaluation this year, Bloomberg quoted Luis Secco, director of Perspectiv@s Economicas, Buenos Aires, as saying.

According to Secco, the longer Argentina lasts in the tournament, the greater the demand for dollars; and if the soccer team gets to the final stages, there will be expensive last-minute trips by people requiring cash to pay for tickets. That could put additional pressure on the market, he said.

In May, Goldman Sachs forecast, using its mathematical models of historical data, that Argentina had a 14 percent chance of winning the World Cup title, second only to the host country. It also predicted that Argentina would lose to Brazil by a score of 3-1 in the finals on July 13.

Argentina, which devalued its currency to stem a drain on the forex reserves, controls sales of dollars at the official rate and slaps a 35 percent tax on credit card purchases abroad to dissuade spending in foreign currency. But still Argentines spent $916 million abroad in the first three months of the year, 10 percent more than in the year earlier.

The pressure on the peso has been building for a while. In an attempt to inject fresh blood into Argentina’s anaemic economy, central bank president Juan Carlos Fabrega has cut interest rates yet again but to no avail. The devaluation has proved to be of little help as rising inflation has eaten up almost all of the competitiveness the peso gained after the exercise. Inflation is expected to reach 38 percent this year, up from about 28 percent last year.

The dollars in the central bank’s vaults are critical for Argentina as it has been locked out of international capital markets since a record $95-billion default in 2001. The government owes $907 million in interest at the end of this month and another $650m to the Paris Club next month.

About 100, 000 Argentines were expected to attend the first three group stage matches with as many as 40 000 for the final group stage match against Nigeria in Porto Alegre in southern Brazil because of its proximity to the Argentine border, Bloomberg quoted Joel Sampaio, a spokesman at the Brazilian embassy, as saying.

The demand for dollars during the World Cup would, however, be insignificant compared to the other challenges President Fernandez faces, such as high inflation and an economy that contracted in the quarter to March for the first time since September 2012.

What the government intends to do over the coming months is unclear. It could devalue the currency a little bit each month, to the tune of 2 percent, in a bid to make good loss of competitiveness from inflation with a compensating fall in the exchange rate. Or it could try once again to hold the peso steady, as an anchor against inflation. Either way, a more dramatic downward lurch is expected eventually.

Central bank president Fabrega told Bloomberg last month that the reserves would stabilise at about $28 billion by year-end after dropping almost $15 billion in the past 17 months, aided by about $30 billion worth of grain exports.

But keeping grain exporters in good humour through devaluations in the face of wayward inflation would be as gruelling a job as lifting the Cup. The currency has halved in value since the last World Cup and it needs to pick up its form if it is expected to develop beyond the group stages.

Argentina has won the World Cup twice– once in 1978 and then eight years later when the team was led by Diego Maradona. 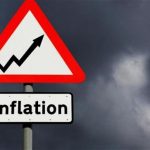 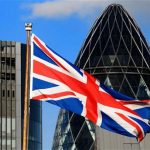