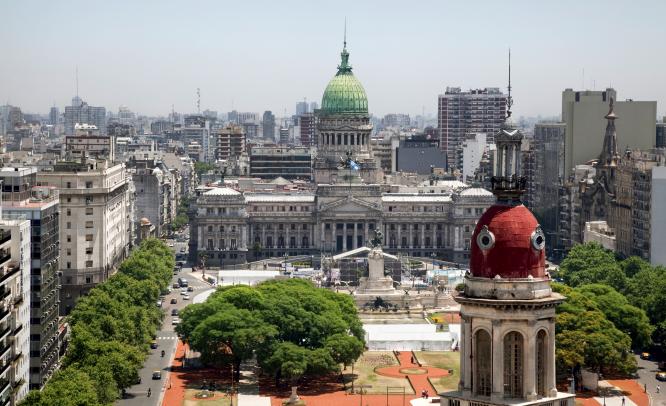 The South American country is in a good position to capitalise on President Putin’s embargo on food imports from Europe and Western nations Kamilia Lahrichi November 14, 2014: Russian businessmen met their Argentinian counterparts in Buenos Aires on November 11 to discuss investment projects in the energy, nuclear and mining industries, as Moscow seeks to lessen its reliance on the European Union due to the...

November 14, 2014: Russian businessmen met their Argentinian counterparts in Buenos Aires on November 11 to discuss investment projects in the energy, nuclear and mining industries, as Moscow seeks to lessen its reliance on the European Union due to the crisis in Ukraine.

Since the conflict begun between Russia and Ukraine over Crimea’s control earlier this year, the Kremlin has turned to new allies to fill the gap its traditional trade partners have left.

The EU, the United States, Australia, Canada and Norway slapped sanctions on Russia’s oil, defence and financial sectors as a tit-for-tat against its annexation of Crimea in March 2014 and its support for rebels waging an insurrection in east Ukraine.

Hitting back, Moscow banned food imports, namely meat, fish, fruits, vegetables and dairy, from these countries for one year.

Argentina, however, has backed Russia’s position.

Tiptoeing in the US backyard

In retaliation to the US involvement in Ukraine, Russia has deepened its economic relations with Argentina – and Latin America in general.

A delegation of Russian entrepreneurs met directors of YPF, Argentina’s state-owned energy firm, to discuss investing in the Vaca Muerta (dead cow in Spanish) shale formation in Patagonia, in the south of the country.

The reserves contain 240 trillion cubic feet of technically recoverable gas – one of the largest shale gas resources outside the United States – and 23 billion barrels of oil.

Argentina and Russia also expanded their cooperation in nuclear energy during President Vladimir Putin’s visit to the South American country in July 2014. President Putin inked deals with his counterpart Cristina Fernandez de Kirchner for Russian help to build the third reactor of a nuclear power plant in Argentina. Representatives of both countries also signed a cooperation agreement on the peaceful use of atomic energy.

“Latin America is a vibrant region, which is developing and that has very good prospects, so it will soon be, and already is, one of the pillars of the new world order,” said Russia’s Foreign Minister in a forum of the Community of Latin American and Caribbean States in August 2014.

In addition, Russia and Argentina have strengthened their diplomatic ties to develop an alternative to a Western-dominated media system.

On October 2014, the two presidents celebrated a television partnership to broadcast state-owned channel Russia Today in Spanish in Argentina.

The Russian head of state referred to “the information wars that characterise modern times, with attempts by international actors to monopolise the truth” in a video conference with President Kirchner.

“Russia now lacks raw materials, which is why Argentina is an opportunity,” explained

Jorge R. Garcia Tunon, president of the Argentina Russia Chamber of Commerce and Industry, in a conference on new trade opportunities on September 4.

In fact, exports to Russia could triple in 2015, said Javier Rodriguez, Argentina’s Secretary for Political-Institutional Coordination and Farming Emergencies. He participated in the World Food fair in Moscow in September 2014, along with 100 Argentinian businessmen and politicians, to boost bilateral trade.

On the one hand, higher export revenues would strengthen Argentina’s central bank reserves. The country cannot access international financial markets. It is battling a Standard & Poor’s decision to declare the country on “selective default” on July 2014.

On the other hand, Moscow would be a key market for Argentina since it imports 40% of the food its 140 million people consume. In 2013, Russia bought $43 billion worth of food. It is the biggest consumer of European fruits and vegetables and a leading buyer of fish, meat and dairy.

Russia and Argentina have already rather strong commercial ties. “Russia represents 25% of meat exports from Argentina,” said Mr. Tunon. He added that Russians are the third largest immigrant community in the country.

Argentina exported mainly fruits and cheese to Russia in 2013. It could trade citrus, in particular, as Russia is one of the most important buyers of this fruit.

As the largest wine producer in South America, Argentina could also capitalise on wine opportunities. “Consumption of wine in Russia will increase by 16% by 2016,” forecasted Mr. Tunon.

Global Trade Alert, a platform monitoring restrictions on international trade, set out that Argentina has imposed more “harmful” trade limitations that any country in the world since 2011. It ratified more trade barrier policies than Russia.

“Argentina might not be ready to supply the world with technology and an economy of scale,” explained Carlos Gonzalez Botana, Director at Agrosud, a brokerage company in Buenos Aires.

“Russia’s ban is an opportunity for Argentina, but with or without the ban, the point is to build a sustainable business relation in the future,” he added.

Another challenge for Argentina is competing with the quality of European food products that Russians consumed. 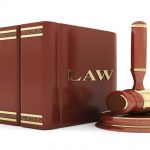 The new LCIA arbitration rules: A change for the better? 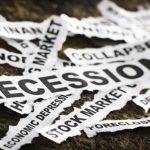