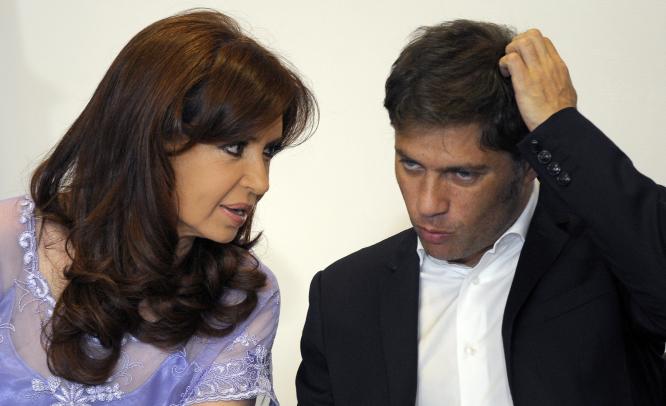 The reason is the bank’s exit from its bond custody business Kamilia Lahrichi April 14, 2015: The Argentine left-wing government is suing in local courts Citibank Argentina, the country’s 12th largest bank by deposits and a subsidiary of Citigroup, for exiting its bond custody business, Economy Minister Axel Kicillof said on April 8, 2015, in the latest development in the South American nation’s debt saga....

April 14, 2015: The Argentine left-wing government is suing in local courts Citibank Argentina, the country’s 12th largest bank by deposits and a subsidiary of Citigroup, for exiting its bond custody business, Economy Minister Axel Kicillof said on April 8, 2015, in the latest development in the South American nation’s debt saga.

Last month, Citibank decided to make two bond payments to pay out Argentina’s creditors and shut down its custody business in the country.

The Argentine government stopped the bank from conducting capital market operations in the country after Citibank, the New York-based parent company, inked a deal on March 20, 2015 with NML, a group of hedge funds that have taken legal action against Argentina since its $100 billion default in 2001.

It was the second time the country defaulted in 13 years.

NML, led by American hedge fund manager Paul Singer, did so because Argentina has paid only some creditors and not all of them.

New York District Judge Thomas Griesa – who presided over the Argentine debt restructuring after its 2001 default – ruled that the litigious nation could not pay its restructured debt without reimbursing holdout creditors.

Argentina’s securities regulator also said on March 27, 2015 that a local financial firm would assume Citibank’s responsibility as custodian of some bonds. Citibank Argentina was a custodian agent that channeled payments in Argentina’s restructured bonds when the country restructured its debt.

Citibank “signed a deal with the devil on March 20, with the vulture hedge funds, to abandon Argentina,” said Mr. Kicillof in a press conference in Buenos Aires.

The administration of President Cristina Fernández de Kirchner has coined the hedge funds “vulture funds” as they bought the country’s debt at a very cheap price and are now expecting to make exorbitant profits. The deal “violated and interfered with regulations governing our public debt,” said the minister.

In addition, Mr. Kicillof asked the federal court to rule the deal unconstitutional and immediately suspend it “and any legal act which emanates or has emanated from it.”

As relations between the country and the bank are heating up, the Argentine central bank stripped authority from Citibank Argentina’s head, Gabriel Ribisich, on April 1, 2015. Regulators argued that he disregarded local laws by complying with orders from a US court.

Four Argentine central bank regulators then entered Citibank Argentina’s headquarter in the capital to make sure that the bank was operating as usual.

In response to Argentina’s actions, Citibank said in an official communiqué that it had informed the National Securities Commission and asked Judge Griesa’s special permission not to be trapped in its custody business, ahead of the judge’s verdict.

In March 2015, Judge Griesa prevented the bank from processing $2.3 billion interest payments by Argentina on some bonds issued under the country’s law to avoid favouring some bondholders. This thus has kept the South American nation out of global financial markets.

Mr. Kicillof said this ruling was “a shameful excess of jurisdiction”.

“If the bank does not transfer the funds, it will be breaking Argentine banking law. The [Argentine] Republic could revoke Citibank Argentina’s license to operate and even impose criminal responsibility upon its employees,” he said in a statement.

Citibank responded in a communiqué to stress that “even though Citibank Argentina regretted not to be able to continue to provide its custody services, the decision was taken voluntarily based on the legal and jurisdictional conflicts that arose from the March 12 decision of the District Court […] and as a result of the desire of Citi to comply at all times with all applicable legislation.”

The bank also stated “that at all times it has acted in accordance with the law in force and that it will continue to collaborate with the regulatory authority, as it has done consistently throughout more than 100 years.” Citibank Argentina opened offices in 1914.

“Citibank Argentine is at a crossroads,” said an Argentine lawyer specialising in financial and capital markets law in Buenos Aires. He declined to be identified and use his law firm’s name due to the sensitivity of the topic and his company’s indirect involvement with the Argentine government.

“The problem of Citibank Argentina lies in the fact that, on the one hand, it is bound to the obligations of its parent company [Citibank] and Griesa’s judgment […] and, on the other hand, it is obliged to comply with Argentine laws, among which is law N°26.984 on Argentina’s Sovereign Payment Law.”

Argentina’s commercial law sets out that there is no legal difference between Citibank’s branch in Argentina and its New York-based parent company.

In other words, Citibank’s branch in Argentina has to comply with the March 20, 2015 deal reached between the bank and NML as both are the same legal entity, said the lawyer.

Yet, “in accordance to the law N° 26.984 […], any act meant to affect or hinder the collection of the debt securities issued as part of Argentina’s debt restructuring in 2005 and 2010, could be considered a violation of the national public order,” he explained.

Another key legal hurdle is whether a foreign court order – namely Judge Griesa’s ruling – can be enforced on Argentine soil.

Article 517 of Argentina’s Civil and Commercial Procedure Code stipulates that a foreign judgment ought not to impede the principles of public order in Argentine law, thereby complicating the matter.

Despite being an important part of Argentina’s financial landscape – Citibank operates 74 branches in the country – “I do not see a decisive impact in the short term,” said Walter Morales, President of Wise Management, an economic and financial consulting firm in Buenos Aires.

“It is not a complete suspension of activities, but the task of being paying agent; and second because in the minds of investors, […] we are facing the last eight months of Kirchner’s government,” he explains.

There is hope among foreign investors and the opposition that the October 2015 general election in Argentina will bring to power a more market-oriented president keen to solve the debt crisis.

“Now if the ruling party wins elections and economic policy is not changed, the effect will be very negative [with a] direct impact on the levels of direct investment,” added Mr. Morales.

Thousands of Argentines take to the streets 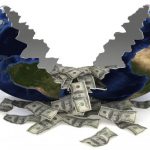 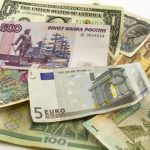