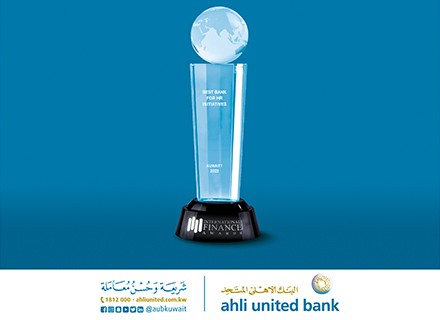 Ahli United Bank (AUB) has been awarded the ‘Best Bank for Human Resources Initiatives in Kuwait’ for the year 2022 by International Finance Magazine.

Ahli United Bank won this award for the outstanding accomplishments it made in the field of human resources, particularly its HR strategy, which focuses on luring in the most qualified professionals, developing their skills, and engaging with them constantly.

Ahli United Bank was also able to take the lead in change management by engaging in the bank’s transformation project, which put an emphasis on improving workers’ productivity in terms of their ability to use technology and perform data analysis.

It was decided to bestow AUB this prestigious award after the International Finance Magazine carried out an initial assessment of the nominees. Following this, it referred the particulars to an external assessment agency to determine the nominees’ final level and to select the award winner.

After that, the winner is announced through a point system that includes the results of the initial assessment, and external agents with input from various experts in the banking industry.

Speaking about global recognition, HR General Manager at Ahli United Bank, Mr. Naqeeb Amin said, “This award emphasizes the success of the Bank’s efforts in developing and maintaining an attractive work environment for the best banking talents, given that the Bank’s employees are the cornerstone of its development and success in achieving its goals, through its direct reliance on the application of a forward-looking policy in managing and developing employees and enhancing their skills in line with the highest international standards.”

“We are introducing a unique and successful experience in Human Resources Department. Hence, our ability to retain a large number of the bank’s employees for more than 30 years, and who have managed to accomplish their career ambitions through an interactive environment between employees and management, that enables them to exchange experiences with each other is apparent evidence of our success in dealing with employees being the bank’s most valuable wealth,” Mr. Naqeeb Amin added.

Mr. Naqeeb Amin concluded by praising all of Ahli United Bank’s HR staff members for their earnest efforts and outstanding performance, which resulted in bagging this prestigious award. 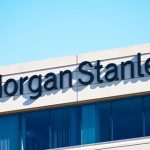 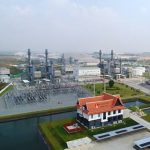