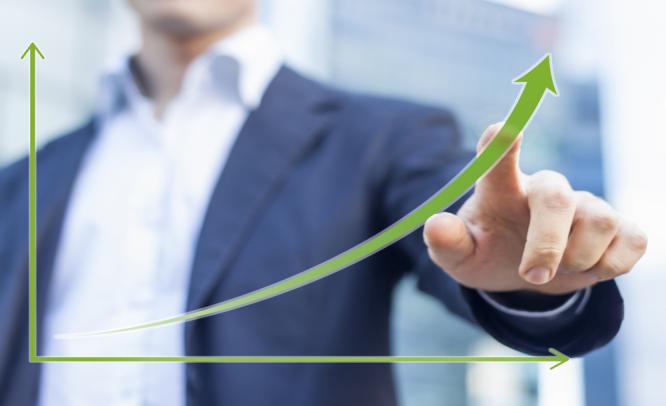 Budget blues dissipating and mood in industry improving as conditions become better, reports Team IFM Sydney, July 10: Business confidence in Australia has shown no ill effects in June from the government’s “tough budget”, according to the report of a survey released by the National Bank of Australia (NAB) on Tuesday. The much-followed NAB report said that instead of mirroring any adverse sentiments post-budget, business...

Sydney, July 10: Business confidence in Australia has shown no ill effects in June from the government’s “tough budget”, according to the report of a survey released by the National Bank of Australia (NAB) on Tuesday.

The much-followed NAB report said that instead of mirroring any adverse sentiments post-budget, business confidence in June had improved “in line with better business conditions” reflecting sales and profits. It, however, conceded that conditions remained “sub trend”.

According to the report, most industries showed better outcomes but “heavy lifting [was] done by a surge in construction”. Employment and capacity utilisation, however, weakened significantly, it said, adding its forecasts were unchanged with unemployment to reach 6.25 percent by late 2014.

Describing the wholesale and transport industries as ‘bellwether’ sectors, NAB said they gave out mixed signals while forward orders suggested little fundamental change in activity. Inflation pressures remained muted. Rates are still expected to be on hold till late 2015.

In a separate report on worldwide economic trends and forecasts released on Tuesday, NAB said global growth continued to be “moderate” in June after early 2014’s slowing, resulting in slightly lower growth forecasts in 2014.

On the home front, it said domestic indicators continued to point to jobless growth and no certainty that declining mining investment would be replaced quickly, while retail looked “softer” and the property market seemed to have neared a plateau.

In a way, the NAB business confidence report showed an uptrend since the immediate aftermath of the May budget, following which the manufacturing industry contracted during the month, an earlier report by the Australian Industry Group (AIG) had shown. The contraction –  for the seventh consecutive month – reflected budget blues of the business sector, AIG had said.

In fact, The Wall Street Journal noted, consumer sentiment dived to its lowest level in three years in the wake of the May budget but apparently, going by the latest NAB survey report, businesses have remained relatively upbeat.

In a statement, NAB chief economist Alan Oster said the increase in confidence was unexpected and showed businesses continued to expect an improvement in trading conditions.

“Firms still appear to have shrugged off the negative consumer reaction to the federal budget,” Oster said. “Business confidence has remained resilient for the better part of a year despite below average business conditions.”

The NAB report said business confidence recorded “an unexpected increase in the month”, with firms apparently shrugging off the sharp deterioration in consumer confidence that followed May’s Federal budget.

“Firms are sticking to their expectation for stronger activity despite business conditions remaining below long-run averages and no change to forward orders,” it noted. Stronger sales are contributing to elevated confidence levels, with the survey suggesting this has encouraged firms to invest and rebuild their inventories. However, capacity utilisation eased further from relatively low levels.

Business conditions rose in the month to their highest level since January, ending the downward trend that emerged since the start of the year. Nevertheless, conditions remained below the long-run average for the monthly series, which along with soft conditions in wholesale – a bellwether industry – suggested little momentum for domestic demand in the near term, NAB said.

Moreover, it said, although conditions improved for all industries, levels varied significantly – service industry was the “standout”, followed by construction and wholesale and manufacturing being the weakest.

“Sales and profits are stronger, but employment is yet to respond,” the survey report said. “Our wholesale leading indicator suggests weak underlying conditions, pointing to further below trend economic growth in the second quarter of 2014 and little near term improvement in prospect in demand,” it added.

An earlier AIG survey report of Australia’s CEOs showed that in general, they expected 2014 business conditions to be “only modestly better” than in 2013; while about 35 percent predicted conditions would deteriorate, 37 percent anticipated an improvement.

The remaining 28 percent of CEOs expected conditions to be unchanged over the coming year. “Although more than a third of businesses expect a deterioration in 2014, this is an improvement on CEOs’ expectations a year earlier,” AIG said.

At the end of 2012 in contrast, just over half of all CEOs surveyed (52 percent) had expected general business conditions to deteriorate in 2013 and around a third expected no change.

“Just 16 percent of CEOs had expected conditions to improve in 2013, compared to a much healthier 37 percent expecting an improvement in 2014,” AIG added.

Across the major sectors included in this survey, deteriorating conditions are expected in 2014 by almost half the CEOs of mining services companies (46 percent), 40 percent of manufacturing and about a third of services (30 percent).

On the other hand, services CEOs are, on average, the most optimistic this year, with 44 percent expecting their general conditions to improve.

This anticipation of modest improvement comes after an extremely challenging year for most businesses in 2013.

“Indeed, for many businesses, any growth they see in 2014 will likely represent a recovery from 2013 rather than an outright expansion in their sales or production levels,” AIG said.

This compared to the previous year’s result where around a quarter of all CEOs said customer demand was one of the main impediments to growth for 2013.

Industry-wise, lack of demand was the most cited growth inhibitor in mining services (24 percent), manufacturing (24 percent) and construction (23 percent).

“These expectations continue to reveal a general lack of business confidence about the outlook for the domestic economy and employment growth,” AIG said.

It also noted that there was “significant” uncertainty around the performance of non-mining sectors as mining investment starts to detract from economic growth over the coming years. “Nonetheless, businesses appeared to be somewhat less worried about customer demand in 2014 as compared to 2013,” it added.

Also among the most cited growth impediments were concerns over the exchange rate (10 percent) and competition from imports (11 percent).

“However, CEOs were less concerned about these factors impeding growth in 2014 than they were last year,” AIG said.

“This is likely to reflect the Australian dollar depreciation since March 2013, which has made local businesses more competitive in both export markets and relative to imports in their domestic markets,” it added. 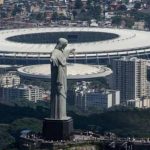 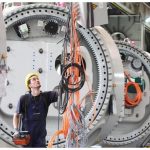 Germany’s industrial production plummets in May