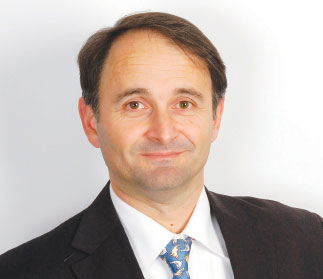 A series of embarrassing failures that have reflected poorly on Australia’s financial industry compels one to consider the need for an independent, professional body with strict standards and codes of conduct, writes banking professional Peter Pontikis

After much political pressure following a litany of embarrassing failures in recent years that reflected badly on the Australian financial industry as a whole, the Australian Royal Commission into Misconduct in the Banking, Superannuation and Financial Services industry got underway in mid-March led by Kenneth Hayne. With 2810 submissions received to date, 70% related to banking, 9% on Superannuation and 5% on advice, general insurance and brokers.

The first round of public hearings wrapped up in Melbourne in early May, with policies and processes put in the spotlight particularly on the largest banks and wealth management businesses with evidence (among other things) that the “approach to recruitment, training and accreditation of bankers had not been fully effective in ensuring that all bankers understood consumer lending process compliance requirements” according to Commissioner Hayne.

These latest revelations, have given plenty more ammunition to opponents of the industry, summing up just why it is vitally important for the sector to come together under an independent, professional body with strict standards and codes of conduct.

The focus on financial planning and wealth management firms (particularly the AMP wealth group) followed next with damning evidence around provision of financial advice that has raised serious issues about behavior that has further eroded the trust of Australian consumers. Some instances included dead people being charged for years post mortem as well of consumers being levied fees (in many cases decades) from accounts for advice never delivered. Instances of inappropriate or egregious portfolio shifting to maximize broker revenues also being common.

This has seen some high profile corporate casualties with for instance chair the 169 year old listed AMP, Catherine Brenner resigning as the most senior casualty of the Royal Commission into banking and financial services but unlikely to be the last with many reputations being burned along the way.

This has prompted calls for the industry to act now to implement likely recommendations on standards of competence and conduct. FINSIA’s, (Australia’s premier financial services professional body) CEO Chris Whitehead pointing out that;

“The industry should not wait for the findings of the Royal Commission. A code of professional conduct will deliver better outcomes to the community, improve the reputation of the industry and restore pride to the majority of employees who want to do the right thing.

While the Royal Commission has another 6-12 months to run, with likely more damaging revelations to follow, what is most palpable is the level of concern of the community and the vast majority of people within financial services with the unacceptable behaviors and practices revealed through the Royal Commission.

Clear risk management and legal failures (such CBA Bank’s recent AML scandal involving business ATMs) highlighted weaknesses in corporate codes of conduct and whistleblowing mechanisms. That the industry needs to build consensus and determine standards of competence and conduct in the broad sector, including ongoing monitoring of standards becomes compelling.

But underpinning professionalization of the banking and financial services industry, and to restore consumer confidence in Australian financial services there also needed addressing the problematic reference point of remuneration and bonus incentives to otherwise has been seen to undermine good behavior in persons and in organizations as has also been highlighted by the commission’s work to date.

It is the words of one big bank CEO, ANZ’s Shane Elliot,” the commission marks a watershed moment”. While Westpac’s Brian Hartzer for his part calls it “…the tail end of decade long set of Legacy issues”. And to an extent much of what is being heard in public hearings is old news that had already been addressed in part, but certainly not in whole – nor with the level of public contriteness now expected of the country’s premier banking officers.

The main corporate regulator, ASIC (Australian Securities and investments Commission) unsurprisingly has also come in for its own share of heat with ASIC’s chairman James Shipton at a keynote speech earlier May saying “We need greater levels of professionalism in finance, including in the banking and wealth sector”.

Legal and regulatory Reponses have not been slow in coming and some cases running ahead of the commissioner’s deliberations. Indeed the so-called Bank Executive Accountability Regime (or BEAR) which the country’s federal treasurer Scott Morrison has sought to impose ahead of the Royal Commission obligations on Bank boards to act with “honesty and integrity and with due skill, care and diligence”, and deal with the bank regulator (APRA) in an “open, constructive and co-operative way” and take “reasonable steps” to prevent matters from arising that would adversely affect the prudential standing or reputation of the bank.

Some of the extraordinary points of the legislation include a new definition of accountable person that will capture many more employees than the senior executive team, as well as the need to notify the regulator. It is also has a notification requirement around the appointment of these accountable persons. And most personally for bankers; requirements for the bank to defer a proportion of the remuneration of accountable persons for a period of up to four years, with the proportion depending on the size of the bank and the position involved. The law is due to come into operation in July of this year.

As for the industry, they too have been responding to these and other industrial challenges. For instance in the case of another big 4 bank, the NAB officially confirming it is exiting the wealth management industry altogether, other of its bank rivals rumored to follow or at least giving serious consideration as well as a degree of stock market speculation support the proposition.

With the commission’s crucible has still to run its full course of airing the dirty linen of the Australian finance industry these stringent measures are just part of a raft of measures both in Australia and around the world being introduced to combat the reputational fatigue with the finance industry after so many years of bad press. Of which a key part of these global trends is to increase the individual accountability and responsibility for conduct, particularly for senior management.

Finally and alongside these regulatory initiatives, expect to see ‘soft law’ techniques are being enlisted, such as ‘naming and shaming’, in addition to the promotion of compliance with standardized so-called ‘voluntary’ industry codes. Designed as it is to prioritize customer outcomes at the heart of improving culture and conduct.

Pouring out of the fire of the commission we are seeing a secular evolution in the industry that has many years to run.

Peter Pontikis is a Fintech, Treasury and Investment Management professional based in Brisbane providing like services into India & SE Asia and has more than three decades of investment, corporate dealing, trading and research experience in currencies and global money markets. Peter has also consulted in the area of treasury operations and treasury derivative accounting. A Fellow of CPA Australia, Peter has authored several books on foreign exchange and trading in financial markets as well as producing a training CD on Chinese Financial Markets. 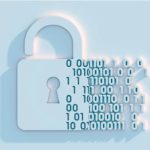 Are we giving consent to use our data too freely? 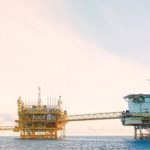