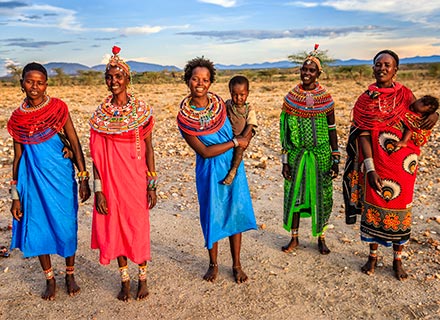 Even by the standards of world poverty, Kenya is mired in despair because half its population live below the poverty line. Somewhere between a quarter and half of Kenyans earn less than $1 each day. This means, the country is on the brink of an economic collapse. But this year will have restored hope in the lives of its people. The good news is Bancor.

Bancor has created an open-source protocol for Smart Tokens with a focus to establish a decentralised liquidity network that allows tokens to connect with each other—forming the Bancor Network. The Bancor Network’s community currency project powered by blockchain will reflect the possibilities to “create and manage currencies” with a purpose to curb poverty through the stimulation of local commerce.

Will Ruddick, Bancor’s new Director of Community Currency, explains: “Essentially what that means is that tokenised currencies can have a common connector—a connector that gives them the ability to create a price between both. For example: One token by connecting to a common connector token has a price against all other currencies in the network, and it’s done at a smart contract level. There is no actual exchange going on. The tokens become their own liquidity providers. We empower communities with the ability to create liquidity and to own the smart contract exchange between them [Kenyans].”

Now, the marginalised communities in Kenya can see the potential to “create tokens amongst themselves to buy goods and services.” This is known to be the first step toward a more progressive development. In fact, the progression somewhat owes itself to the blockchain integration which is distinct from other digitised complementary currencies such as Sardex, WIR, or Brixton Pound. These digitised currencies have a simple database to store a ledger in a secured format, much like a typical banking software. Instead, in the case of Bancor “what we want to do is on blockchain and [integrate] that into these tokens, smart contracts, or Bancor Protocol,” says Ruddick.

The way Bancor has created the Liquid Token, of which the Bancor Network Token (Read: BNT) is a first of its kind. It might be the biggest help to the marginalised in developing countries, who are disproportionately affected by socio-economic deprivation. The Liquid Token “is the ability to have multiple connectors and they can all be tokenised currencies,” which is so versatile and precisely what the communities in Kenya need in order to connect all their existing community currencies together and grow their liquidity. This versatility even extends to other cooperators or communities wanting to create a new token within an existing one. “So the emergence of millions of these types of liquid community currencies and the connection between them is really the game changer here. It is a phase transition to be able to create your own currency and connect it fluidly with any other,” he says.

Some years ago, Ruddick founded a non-profit foundation in Kenya called Grassroots Economics—which is an analytical outcome of his expertise in the field of econophysics. The field applies physics-based modeling to modern economies. The analogy here is—what are the significant particles and how do they interact in a given environment. The particles (or agents) can be people participating in a market economy. “All of a sudden what came out of these agent-based simulations for me was that the one thing that you could change in society to get the maximum possible change for the better was: who gets to issue money and how?”

But the challenge was linked to one of the most potent arguments for poverty change. The Bangla-Pesa by Grassroots Economics, for instance, being the very first complementary currency in Mombasa drew a legal battle for Ruddick and the team. Its trading utility only confines it within a particular slum—Bangladesh in Mombasa. This colourful paper voucher issued to low-income traders and service providers to fight poverty was accused of forgery. “There was a national security meeting” held as a result of the media’s attempt to sensationalise their legit efforts. “We ended up in jail,” he says. It took the team six months to have their charges dropped by the Attorney General’s office and bring to light the actuality of their work. “After a few days, even the media caught onto it; ‘looks like these poor people are just barter trading vouchers’. We were really lucky in a lot of ways too,” he recalls. After all, Bangla-Pesa is a representation of local value and can only complement official monetary worth when national currency is chronically unavailable—which it often is.

Likewise, the Bancor Network is quite logical: it’s sort of having an email address. “The communities in Africa are very vibrant. There are 5000 shops in one street” is a case in point. The people are empowered in a good way and they are able to connect with other people from different communities. Bancor’s project is planned to stimulate the local economy and brighten the trading capacity for the poor who seek to purchase goods and services from the market even when they lack regular currency. It is possible that during certain seasons of the year families’ food consumption can go down by two-thirds because the inflow of money is short. They are under distress because there are goods or services to trade.

Then there’s the fact that under such an unforeseen circumstance: a grocer who failed to trade his groceries won’t make enough money to feed his family. In the same slum, a vegetable vendor might face a similar problem because of low sales. However, the introduction of tokens with designated values will enable both traders to honour them as means of exchange, similar to a barter system.

In the Bancor movement, the pioneering communities are those involved with direct transactions on the streets. For this reason, “Kenya is a very special place” because the country is quite familiar with using M-pesa—which is an already existing money transfer service.

“So the question is why make all those people dependent on scarce Shillings,” he points out, “We are not trying to get rid of the currency but let’s give these people the ability to create their own resilient economies.” The movement is indeed supporting the national currency. There are so many people in the world who want credit—and yet the interest requirements mean credit supply can only grow a bit faster than people pay off their debts. The World Bank observed there is a two-plus trillion dollar deficit in the credit supply . So, there is a mighty reason to present these communities with an opportunity to give their own credit at zero interest because the value of the currency will lower if the sale of goods and services drop. Keeping this in mind, the “Bancor Protocol is saying we need a whole economy of currencies. A healthy economy itself is not so much one that ties to a community currency but rather it’s a community of currencies,” as Ruddick concludes. 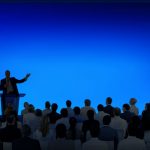 Entegris to present at investor conferences in September 2018 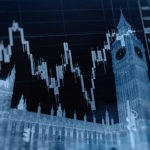