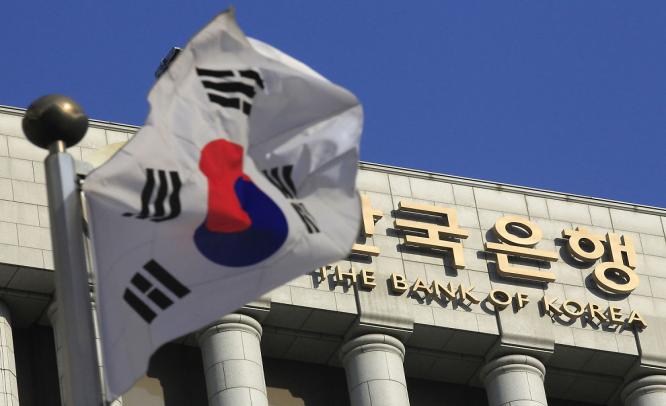 Seoul, March 13: The Bank of Korea voted unanimously to hold its policy rate at 2.50% for the tenth consecutive month. The central bank appeared comfortable with Korea’s export-driven economic recovery, even though it sounded a touch more reserved on the strength of domestic demand. Attention will focus on Governor nominee Lee Ju-yeol’s parliamentary hearing on 19 March, as the market assesses whether his stance has changed since leaving the central bank in 2012. With inflation set to trend up and the negative output gap projected to close in 2H 2014, we maintain our baseline scenario for the next move to be a 25bp hike in 3Q 2014.

– The Bank of Korea held its policy rate at 2.50% as expected. The decision was unanimous.

– In its accompanying statement, the Committee stated that it expects the global economy to “sustain its modest recovery going forward” as the “trend of the economic recovery in the US has been sustained and the sluggishness of economic activities in the euro area appears to have continued to ease, while economic growth trends in some emerging market countries have shown signs of weakening to some extent.”

– The Committee noted “changes in global financial market conditions stemming from the US Federal Reserve’s QE tapering and by the weakening of economic growth in some emerging market countries” as risks to the global economy.

– At home, the central bank stated that domestic-demand indicators improved, but remain sluggish. It expects the “domestic economy will maintain a negative output gap for the time being, although it forecast that the gap will gradually narrow.”

– In his press conference, Governor Kim said Korea’s growth “will pick up in 2H on global recovery and policy.” Exports are deemed to be “doing well even as global economy [is] still weak.” At home, he said consumption and the housing market “are showing signs of recovery.”

– The governor mentioned that a rate hike may “help curb total household debt” while a “rate cut may help reduce some borrowers’ burden”, although the Bank of Korea “should consider all factors, not only household debt.”

– Kim Choong-soo’s tenure as Bank of Korea Governor ends on 31 March and Lee Ju-yeol will become the 25th Governor on 1 April. Kim Choong-soo stated that he “can’t comment on future policy rate direction” but stressed that “Bank of Korea reforms should be continued.”

The Bank of Korea’s external outlook was essentially unchanged from the previous month. But the central bank appears slightly more reserved on domestic demand. In its statement, it noted that Korea’s economic recovery has “continued in line with the trend of growth, as exports continue their trend of increase amid the coexistence of improvements in and sluggishness of domestic-demand related indicators”. This suggests that the central bank expects Korea’s economic recovery to be export-led, and there may be downside risks to its private consumption and GDP forecast of 3.4% and 3.8% for 2014, respectively (vs. HSBC respective forecasts 2.6% and 3.2%). The central bank is scheduled to update its economic outlook in its next meeting on 10 April.

Lee Ju-yeol will become the 25th governor of the Bank of Korea from 1 April 2014, as Kim Choong-soo’s tenure expires. Lee Ju-yeol is scheduled to attend a parliamentary hearing on 19 March and the focus will be on whether he is more concerned about growth or inflation. His stance is currently perceived to be neutral, based on his views as senior deputy governor between 2010 and 2012. But if the focus of his hearing is centred more on inflation, then we believe Lee Ju-yeol may act pre-emptively to tame inflation once there are signs of excessive price pressures building in the economy.

On inflation, the Bank of Korea is not taking the low headline CPI for granted and stressed that core inflation was unchanged in February. Governor Kim also stated that he “sees little risk of deflation for South Korea.” Given the central bank forecasts inflation to “gradually rise, although it will remain low for the time being due largely to a good agricultural crop harvest”, we expect the policy rate to stay at 2.50% over the coming months. But the next move will likely be up, rather than down.

While Governor Kim’s comments on household debt may appear neutral on the surface – having provided arguments for both a rate hike and a rate cut – it highlights the point that tighter monetary policy may help tackle Korea’s household debt problem. In our view, this reminds those with a more dovish stance that Korea’s high household debt issue is not necessarily a case for further easing. To help households deleverage gently, credit access may need to be tightened. Note that President Park aims to lower the household debt to disposable income ratio by 5ppt through 2017, as part of her 3-year economic reform plan.

Our base case is for the next move by the Bank of Korea to be a 25bp hike from as early as 3Q 2014 when inflation trends back up to the mid-point of the central bank’s target band and the output gap closes.

The Bank of Korea appears comfortable with the growth outlook and will likely keep its policy rate at 2.50% to support the recovery over the coming months. But as inflation returns to its target band and the negative output gap closes, the Bank of Korea under Lee Ju-yeol may decide to hike its policy rate sooner, rather than later. 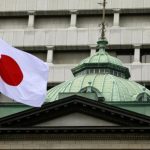 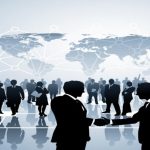