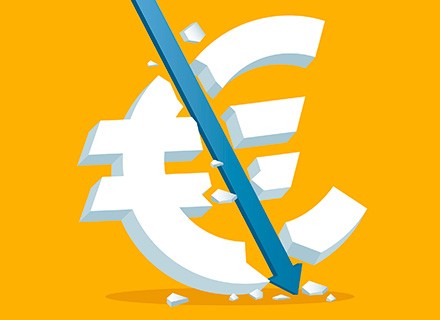 What is Europe’s’ Banking Crisis’-- and how will it affect its future?

The European economy has always beenthe object of envy of the entire world. Being the second largest in the world, having an annual GDP of more than $1.7 trn. It has accomodated the some of the highest standards of living in the world, and the most prestigous investment interests from all over.

For a long while, that has replaced with a uncertainty about its future. In simple terms, Europe has been in a long-term financial crisis– and some of the important nations it holds together have been on the verge of a collapse—one whose ramifications stand to cripple the entire global economy.

It’s been ten years since it began, and it has been the subject of endless analysis, counter- analysis and speculation.The European Banking Crisis has become a major global daily topic – and its consequences and ramifications arediscussed at length.

The Euro is under threat of collapse.

It was formed proudly in 1999 as an integrator of various prominent economic nations within Europe, as a means to bring an era of shared prosperity — and allow a never seen before economic soveregnity within the continent. Now, it has been on an increasing volatile and uncertain path for the better part of a decade. As acknowledged by Jean-Claude Trichet himself, during his tenure as the European Central Bank president, who had stated : “We have in front of us a global crisis of sovereign risk and we [the eurozone] are the epicentre of this global crisis.”

To start with, let’s focus on when the crisis became most apparent. When Lehman brothers collapsed in 2007/2008, triggering the sub prime mortgage crisis that severly weakened the entire world – European banks were also severly affected. Since, they were directly explosed to all the bad debts in the US – they themselves experienced a severe fall in bank lending and investment. This bought about a recession and led to the fall of real estate prices – which further increased the losses of many major banks.

This is only half the story though. In fact if anything the crash only revealed that banks across european countries had been carrying bad debts even before the recession. Most major European countries had already fallen in the bad habit of having surplus deficits—and their banks were identified to share similar traits to their US counterparts. They were leveraged up to the brink and relied too much on borrowed money. This was emphasized by Kiyohiko G. Nishimura, the Deputy Governor of the Bank of Japan in 2012, where he criticized “the excessive risk taking of European financial institutions.”

The ‘Eurozone’ as its called, once proudly integrated—now shares the collective blame for reckless fiscal irresponsibility. Greece for example has become a generational cautionary tale– infamous for having the highest debt, collapsing under its own weight, and requiring urgent stimulus pacakges – but other countries like Italy, Spain and Ireland, among others were all culpible in letting their deficit run much higher than it should have been. It also did not help that Markets were under the assumption that the Eurozone debt was impervious after the 2007/2008 crash. Hence, investors were wiling to hold low- interest rates, even in countries with high debts. That did not end well for any party involved. Also, Eurozone countries that had debt problems are also generally uncompetitive. They have a higher inflation rate, and high labour costs. This means that there is a lesser demand for their exports, a higher current account deficit and challenges towards driving economic growth.

Germany – the biggest and most stable economy in Europe, had hence was required to get other countries out of trouble by lending them to cover up the deficits. It is by far the most economically stable nation in Europe—and has reluctantly agree to help out. It has also, imposed strict austerity measures on the economically struggling nations –which have also resulted in their own problems and backlashes.

Major nations across europe have hade turbulent elections in recent years – no doubt motivated by the economic severity. The European economy also continues to be under heavy scrunity worldwide. There is some hope, as in 2017, the euro grew to a 2.5 % rate – suggesting a slowly forming stability across the region. France and Poland also experienced growth in the same year—of 1.9% and 4.6% respectively.

However there is enough data that suggests that the crisis is far from over.The latest statistics, — indicate that Greece, Italy and Portugal have anon performing loan ratio of over 10%–and have only provisioned around 50% of these losses. The Total GDP of the European Union in the last 10 years is also in the negative. Sure, Eurozone debt is gradually decreasing, but it still remains historically high.

Milton Ezrati, Chief Economist of Vested, laid out premonitions of a warning sign, in an article for Forbes he wrote. He stated : “But Berlin knows Greece and others in this predicament cannot keep their austerity promises. Even the International Monetary Fund (IMF), sometime ally of Berlin in this regard, admits that German demands are impossible.” He mentioned how past austerity measures have weakened the Greek economy and made the country more politically fragile. In the same article, he paied emphasis to the fact that Unemployment in the country had risen to over 25 %, with youth employment being on the verge of 50%.

“ Europe will go through another financial crisis, probably centered in Greece, but not necessarily.” he also stated in the article itself.

German chancellor Angela Merkel finally in June of this year, publicly revealed her vision for the bailout –after being coy on it for an extended period. Under her watch, the current body responsible for lending money—the European Stability Mechanism (ESM), will continue its lending efforts. It however, will also monitor each country, making sure they are following fiscal rules strictly. While the future is, as always uncertain, it is important to note that fiscal responsibility is what built Germany to what it is – and measures to introduce it to other nations via this channel may go a long way into controlling the deficit and minimising further losses. 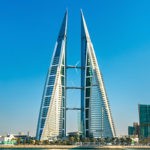 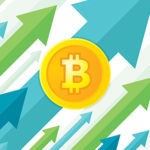 India undecided on Bitcoin, but bullish on blockchain