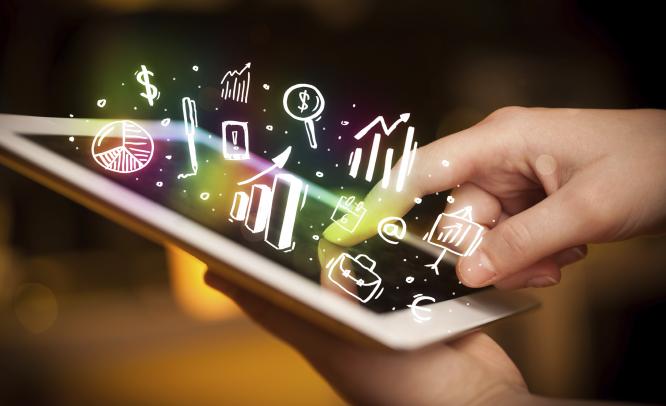 From e-commerce to gaming firms, all are betting big on appvertising Suparna Goswami Bhattacharya April 22, 2015: There was a time not too long ago when advertisers struggled to fit in their ads in mobile apps. They could hardly accommodate five words and a small picture, which was too minute to even get noticed. Secondly, once a user tapped on the ad, the phone would...

From e-commerce to gaming firms, all are betting big on appvertising

April 22, 2015: There was a time not too long ago when advertisers struggled to fit in their ads in mobile apps. They could hardly accommodate five words and a small picture, which was too minute to even get noticed. Secondly, once a user tapped on the ad, the phone would struggle to load the advertisement and the app would be pushed into the background. More often than not, viewers would get frustrated and switch to a different app.

Cut to 2015. For marketers around the globe, ‘appvertising’ is the new buzz word. E-commerce and gaming companies, and FMCG firms are all devising marketing plans for this new channel. A recent report by eMarketer, a market research firm offering insights on digital marketing, media and commerce, predicts that the market will reach $20 billion in advertising spend by 2015 on apps alone, showing a growth percentage of 52% when compared to 2014. The report further predicts in-app advertising will

Adam Jaffe, VP, Marketing, Social Point, a mobile game developer, says, “The way the industry is heading, every company will more or less have an in-app advertising strategy. Two years ago, mobile strategy was not seen as viable. Today, they are realising the benefits of in-app advertisement.”

To begin with, gaming companies have been in the forefront of the mobile advertising trend and thus have been able to leverage these channels effectively. In fact, the top 10 preferred apps for advertising happen to be gaming apps.

And now, big brands are following suit. They are now not thinking twice before entering the gaming app space to leverage the opportunity. “Associating with a game was generally perceived as a good opportunity only by those brands that “gamers” would typically love. This is changing as mobile gaming has become popular in basically every demographic globally and big brands are starting to see this too” point outs Saara Bergstrom, Chief MarketingOfficer, NextGames, a gaming platform.

The platforms and technology to deliver ads has taken huge leaps as well. The older model saw companies playing around with product placement inside a gaming app. That did not work much. Now, companies have gaming characters using their product inside a game. For instance, in one of the games, a gaming character drinks the soft drink of a particular brand in a key moment — especially when the character is really thirsty. This enhances the gaming experience as well as creates enough brand visibility.

The other innovative way is to make people sit through an ad in exchange of virtual currency or power points for a game. Experts say that advertising on gaming apps work as most smartphone users spend 40% of their app time on playing games.

However, they caution against use of loud ads. Every app has to consider the experience of their user in order to be successful and it is up to their own product decisions on how to provide the most engaging experience. “This should be a major consideration when determining how to monetise an app. Developers must carefully consider if the advertising they are serving to their user base is helpful, additive and not extremely disruptive. We have seen that those apps that put a lot of thought into creating their own unique, native advertising model are far more effective than other apps, and they ultimately annoy users the least,” says Peter Hamilton, CEO and Partner, Tune Inc, the enterprise Software-as-a-Service company for mobile marketing

And advertisement is the main source of revenue for app developers as well. “In most countries, especially emerging markets, users do not want to pay for an app but are ready to engage with advertising. It could be traditional offer wall or video, but in-app advertising is the biggest source of revenue for developers,” says Vaibhav Odhekar, co-founder and COO at Pokkt, a mobile video advertising and app monetising platform based in India.

Though appvertising is gaining momentum, big brands have not given up on traditional mode of advertising like print and television. “At the end of the day, the industry matters. One cannot expect a manufacturing company or a hardware firm to advertise on apps. It is not very viable. Bur definitely, the auto industry is fast catching up,” remarks Puri.

Another reason why brands are preferring appvertising is the ability to check ‘performance’.

“Brands want to see the direct engagement they are able to create with their mobile experience, but they also want to think about the awareness and frequency of touch they are able to achieve. This gives them insight into both the recognition they are creating, as well as the hard numbers they are driving,” says Hamilton.

Mobile app tracking byTUNE brought not just light to the darkest corners of the mobile marketing landscape but more importantly confidence to the mobile marketing manager. This confidence has grown precipitously over the last five years and with it the budgets of marketing departments the world over. “I believe that mobile app tracking is the single most important step in the life cycle of an application,” remarks Jaffe.

1. In-app audiences are more sophisticated. Hence, advertisements can be targete to a particular
group instead of going in for mass advertising

2. A study by Appsavvy shows that in-app advertising is 11.4 times more effective than online
banner ads, which are often viewed as intrusion to privacy

3. The ads are definitely more engaging

4. Companies can track the success of an ad through real time numbers/data

The trend of advertising on mobile apps is not very old. It began in early 2011. “We first started hearing about the problem of mobile app attribution in early 2011. Some of our customers had mobile apps and wanted to promote them across several different media partners, but they had no way of doing it. So we started building a solution and launched it at the end of that year. However, I believe we were ahead of time. During 2012, we had trouble finding marketers that were putting significant budgets and volumes towards their mobile apps,” states Hamilton. It was not until halfway through 2012 that TUNE saw those volumes 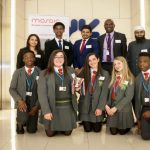 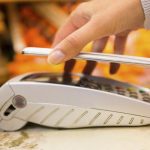