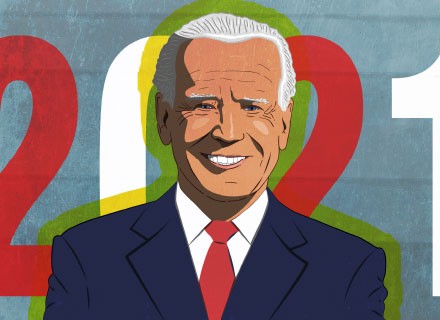 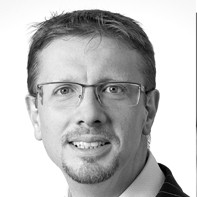 With the President-elect Biden set to take over the assumed role of leader of the free world on January 20 2021, the knock-on effect it could have on the world is significant—from impacting trade to changing climate to change measures  to global security and unity. For the UK, 2021 is already looking to be a year that is approaching unchartered territory, with the transition period for the country coming to an end on December 31. It has already been reported that President Biden could slow talks as a long-term opponent to Brexit, and with his Irish roots, could side with Ireland in any cross-border disputes.

In the accounting market, standards such as the IFRS and whether businesses will continue to follow these, will have long-term implications for investors, auditors and business leaders. This could make the UK more attractive to foreign investors or put firms at risk of having to follow two sets of rules if they trade continentally. Therefore, with President-elect Biden assuming office and the UK leaving the European Union, what could 2021 look like for the accounting and auditing space?

Implications of Biden for the Big Four

The election of President-elect Biden and his more pro-EU leanings are set to have a number of implications for the Big Four and the accountancy space as a whole. After a parliamentary committee ordered the separation of auditing and consulting services in the Big Four firms, the FRC came under threat as the government tried to show its teeth in governing this area.

However, with Joe Biden looking to have a closer relationship with Europe, it looks increasingly likely to remain a globally facing country that acts as a bridge between Asia, Europe and North America. The UK government may need to deal with the Big Four and bring governance more in-line with their European and American counterparts. This could be exacerbated further by the outgoing President Trump, as he looks to leave his legacy on the country and on Wall Street by reducing legislation. He has already deregulated many aspects of the banking sector and with the increasingly limited teeth that the SEC has, it would not be a surprise if the Big Four are allowed to continue to govern themselves. This, in turn, could have a detrimental effect on the operation and ethics of brands that operate here and in Europe.

The general market will have a huge part to play on whether or not national entities decide to take action in the regulatory space. A huge part of the accounting space moving forward will be increased by mergers and acquisition deals, despite a relatively slow year this year. According to S&P Global Platts, during the first three quarters of this year in the US, the industry saw 81 deal announcements worth a total of$7.75 billion; this is compared to 200 deals worth $47.05 billion over the same period in 2019.

Despite a bleak year, the market appears to be surprisingly optimistic. According to a poll of executives and M&A professionals, 87 percent of respondents said they expect M&A activity involving privately owned companies to increase in 2021. The poll, conducted by law firm, Dykema Gossett, also revealed that more than seven out of 10 respondents expect to close a deal during the next year and 71 percent believe that the market will strengthen.

Part of this strengthening deal flow attitude is due to the broader economic recovery and confidence in the market as a whole. In its latest World Economic Outlook, the International Monetary Fund predicts the global economy to experience a 4.4 percent contraction in 2020 and a partial rebound to 5.2 percent growth in 2021. In Dykema Gossett’s survey, respondents are optimistic about the economy after the US fell into recession earlier this year. Six in ten said they held a positive view of the economy over the next 12 months; 17 percent demonstrated a negative view; and the remaining 23 percent posted a neutral view.

This is also set to be boosted by an ever-increasing possibility of a new US President Joe Biden. In the week that Biden was announced as the winner of the 2020 election, share prices were boosted by the largest growth in two months as a Democratic President would result in a major new stimulus package. London’s FTSE 100 closed up by 131 points, or 2.33 percent, at 5786. Furthermore, all three of the leading barometers of US share prices—the Dow Jones Industrial Average, the S&P 500 and the Nasdaq—were showing gains on the morning of election day in the US.

These market indicators and supposed optimism for 2021 demonstrate a new market for business and, in turn, for the accountancy space. There has been a huge amount of scrutiny over auditing practices and services sold to clients that may have a conflict of interest. So for firms that can solely focus on high-value deals, the market looks bright. Despite this, there will have to be additional movement as gaps appear, especially as the Big Four vacate. For example, in mid-November, PwC, sold off its fintech business amid greater regulatory scrutiny on conflicts of interest. This could give other mid-tier and boutique firms the opportunity to gain market share, as the Big Four focuses on auditing and legal services, especially in the non-auditing space.

According to Financial News, the fintech eBAM, which has been rebranded as LikeZero, automates regulatory risk analysis for around ten of the city’s largest financial firms and is to be acquired by its management in a deal backed by two private equity firms. PwC is not allowed to sell its own technology to their audit clients as per restrictions introduced by the Financial Reporting Council. In 2016, the FRC restricted Big Four firms from providing audit clients with financial technology as part of an effort to reduce conflicts of interest within the audit sector. This deal could be the first of many as the Big Four firms leave spaces that it has previously tried to dominate.

I predict that with the FRC trying to tighten regulations in the auditing space, the Big Four will try and expand their non-auditing services such as legal and digital services to maintain their revenues, regardless of whether the FRC is successful or not. However, many mid-tier firms are already there and, in this space, so there will be more competition than ever before. This could lead to a breakup of the market and if other big-name collapses take place, more large companies in the FTSE250 space will begin to move away from the established Big Four. 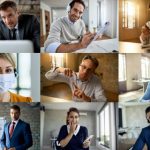 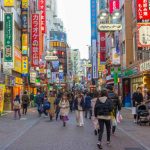