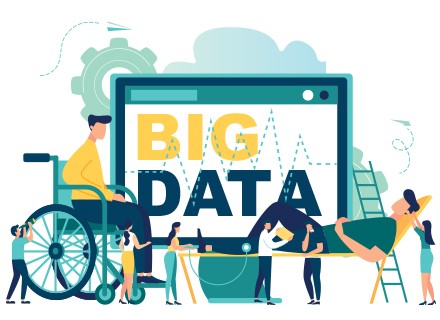 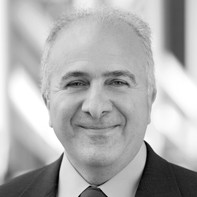 Health costs continue to rise virtually unabated throughout the world, demonstrating an immediate need to identify tools and technologies that can provide relief. In 2017, the World Bank observed that spending on health continues to rise in the US, Canada, Africa, Asia and Europe, with more than 9.7 percent of GDP. Big data is the key to reshaping patient care by amassing medical information from Electronic Health Records (EHRs), medical imaging, genomic sequencing, payor records, pharmaceutical research and medical devices. With that, it is now the new frontier in patient care, especially on the back of the protracted coronavirus pandemic.

The underlying aspect is that technological revolutions in healthcare have been constrained until more recently. For example, it wasn’t until 2009 when the Health Information Technology for Economic and Clinical Health Act was enacted for the adoption of EHRs in the US—which then led to significant progression from 13.4 percent in 2008 to more than 90 percent of non-federal acute care hospitals by 2017. Despite the dramatic increase, the timeframe has lagged behind in other countries like the UK where EHRs were established in nearly 100 percent of primary care settings by the mid-2000s. This trend is quite similar to Japan and far more advanced than African countries where considerable barriers remain.

On the global front, uneven distribution of EHR adoption has worsened the disparities between low-income and high-income countries in regard to rapid technological investments. As intimidating as this observation is, today’s EHRs are used for tasks beyond billing and documentation of patients’ diagnosis. By definition, EHRs can be regarded as one of the key factors to improve individual patient outcomes and supply longitudinal data for public health initiatives. Clinical decision support systems can assist in the fundamentals of patient care such as reminders for vaccinations, identifying patients with communicable diseases and alert physicians on potentially hazardous drug interactions when prescribing. Combined with effective modules that integrate evidence-based clinical guidelines to help direct patient care, EHRs can offer one of the biggest returns on investment for a health system.

But a more relevant question is: What makes EHRs part of the new data frontier in healthcare? Health systems are starting to monetise the vast amount of patient data in their EHRs for further drug discovery or repurposing and clinical research. This can amount to millions of dollars to hospitals and healthcare organisations from pharmaceuticals to technology companies. In fact, the more robust a hospital or health system’s EHR is, the move valuable it can be—both financially and clinically.

The global connected health and wellness devices market is poised to grow exponentially. For example, smartphone adoption has become virtually ubiquitous over the past two decades despite its global location—be it Kentucky, Kenya or South Korea. Data from these devices could be fed into EHRs with the decision to support algorithms to help physicians identify patients who are at risk of complications from procedures or with poor control of their health conditions before the symptoms are clear. The value from EHRs and connected devices takes on significant importance when they are combined.

More importantly, new applications of connected devices can be found with clinical trials. A significant challenge is that patient enrollment in some trails can falter causing them to stop prematurely and limiting the data from the study. “Digital” clinical trials utilising wearable devices such as smart watches or fitness trackers are offering pharmaceuticals and device companies a way to increase enrollment and run their trials more efficiently—as they can yield essential post-market evidence in realistic patient populations.

Optimisation: The creation of  SuperDoctor

Radiologists are able to diagnose breast cancer before it becomes obvious on a mammogram or a simple eye scan can identify diabetic retinopathy which can be performed at home using a smartphone determining which family members will suffer from a hereditary disease while their relatives are unscathed.  This is not a futuristic fantasy of the medical world but an emerging reality using data analytics and machine learning to optimise patient care and research. Such examples are the reason behind big data becoming the next frontier in patient care. The more data is available to clinicians and researchers, better AI algorithms can be developed for long-term predictions.

Data analytics like this are currently expensive, but what we have seen with most technologies is that the cost decreases and the value for money increases over time. To further explain this progression, it is weighed against the benefits of previous disease detection with improved prognosis, lower treatment costs, elimination of low-value care, increased efficiency in drug development and declining costs of technical investments in comprehensive EHRs. In fact, the incredible progress made in genomics should drive this point home.

Interestingly, for each advancement affecting patient care, new companies are emerging with an intent to invest in advanced technologies and national healthcare policies are favourably changing. It is important to continue the current momentum of scientific and healthcare collaboration across borders to build a truly global healthcare industry where all stakeholders can make smart decisions based on evidence rather than status quo.

Harry Glorikian served as an Entrepreneur-In-Residence to GE Ventures prior to him joining Scientia Ventures. He currently serves on various boards for public and private organisations. In addition, he is also the co-founder and advisory board member of DrawBridge. 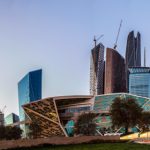 When will the GCC economy fully recover? 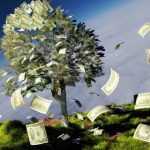