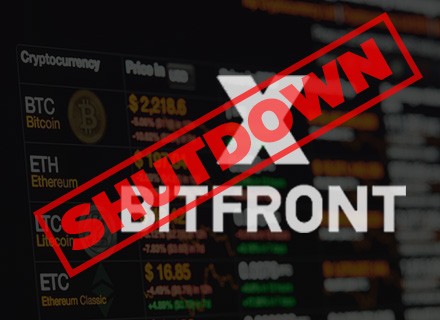 Frequent news of operational shutdowns, staff downsizing and bankruptcies, and digital currencies facing negative volatility (add the collapse of FTX exchange as well), indeed, the crypto sector is going through an underwhelming 2022 and the latest victim of this “harsh winter” is Bitfront, which has set the March 31, 2023 deadline to clear the investors’ deposits and withdrawals.

Being forced to shut down within three years of its launch, Bitfront, backed by Japan-based LINE Corporation, will now focus on the blockchain and token economy areas.

In a public notification, the exchange remarked, “despite our efforts to overcome the challenges in this rapidly-evolving industry, we have regretfully determined that we need to shut down BITFRONT in order to continue growing the LINE blockchain ecosystem and LINK token economy.”

It has now stopped new sign-ups and credit card payments and will wind up its operations by early 2023.

Headquartered in San Francisco Bay Area, Silicon Valley, and West Coast, Bitfront used to be the main exchange platform for the core products in Line’s blockchain business. It was driven by the contribution-rewarded business model, while acting as the exclusive platform for listing digital tokens based on the “Line Blockchain Platform” and for trading Line’s digital tokens with other major tokens.

LINE entered the crypto market in 2019 with Bitmax and launched Bitfront as a global exchange in 2020. It also launched a cryptocurrency called Link, before the parent firm was merged with Yahoo Japan in 2021. In 2022, LINE also launched an NFT trading platform LINE NFT, which will remain operational.

The Crypto sector’s liquidity crisis began in 2022 May, as entities like Terra Sisters, and Three Capital Arrows shut down their operations. The Terra crisis wiped out billions of dollars of wealth and forced many exchanges to eventually opt for bankruptcy.

Bitmex, Coinbase, Celsius Network, Vauld, eToro, Voyager, Blockchain.com, SkyBridge Capital, name any company dealing in crypto-related commitments, one thing will be common, and they all are going through financial hardships. Despite touching highs like buying Super Bowl advertisements in the United States and crypto getting legalized in Brazil as a payment mode, the sector, in the last few months, has only generated low investors’ confidence, with digital currencies facing acute negative volatility.

And then came the FTX Group’s bankruptcy in November which sent shockwaves through the markets, with many other exchanges getting affected by it.

Bitfront, while justifying its closure decision, said, “from the beginning, we have done our best to be a leader in the blockchain industry. This decision was made for the best interest of the LINE blockchain ecosystem and is unrelated to recent issues related to certain exchanges that have been accused of misconduct.”

It will suspend additional deposits and interest payments of LN/LN interest products on December 12, apart from paying the customer interests against deposits from December 5 to 11. By December 30, the exchange will suspend crypto, and USD deposits. By March 31, 2023, customer withdrawals will be suspended too, after which the US customers can claim their assets in their states, while their global counterparts will be allowed to do the same in Delaware.

After that, the customer’s data will be wiped off the crypto platform by April second week.

FTX, which was the latest crypto exchange to fall, collapsed because of a sudden sell-off by investors over reports about Alameda capital’s massive debt with FTT as collateral. Amidst the chaos, about $1 billion of client funds have also gone missing, aggravating the mess left behind by SBF. Bitfront’s move to shut shop in a stepwise manner with assurances to clients could be aimed at avoiding a sudden crash

Since FTX lacked a graded business exit plan, the matter turned into chaos, as investors withdrew their money from the exchange in record numbers, in turn, leading to a situation where the value of the FTT token dropped by some 75% in just 24 hours. Currently, the assets under management have reached two years low of USD 22 billion. What Bitfront did here is giving investors enough time to withdraw their capital from its exchange, to prevent another crypto bloodbath.

FTX, at its prime (2020-21) acquired Blockfolio, a cryptocurrency portfolio tracking app, for USD 150 million, followed by a raising of USD 900 million at a USD 18 billion valuation from over 60 investors, including Softbank, Sequoia Capital, and other firms. In 2022, before bankruptcy, it announced a USD 2 billion venture fund named FTX Ventures, which raised some USD 400 million in funding at a USD 32 billion valuation that month. The company also had a plan of offering stock trading to its US customers, apart from coming up with a gaming division, which would have helped developers to add cryptocurrency, NFTs, and other blockchain-related assets into games. Also, before heading into bankruptcy, FTX.US won the auction to acquire the digital assets of bankrupt crypto brokerage Voyager Digital.

Post the FTX scandal, entities such as Tiger Global Management, the Ontario Teachers’ Pension Plan, SoftBank Group, BlackRock, Lightspeed Venture Partners, Temasek, and Sequoia Capital are all staring at financial crises. Sequoia Capital has lost some $214 million. SkyBridge Capital is now Anthony Scaramucci attempting to buy back a 30% stake in an FTX-owned business.

FTX itself has shown a massive USD 9 billion in liabilities and just USD 900 million in assets while owing almost USD 3.1 billion to its top 50 creditors.

Bitcoin, Solana, Tether, and Etherium have been witnessing negative volatility, making cryptocurrency a sort of high-risk investment prospect right now. Since FTX was one of the world’s biggest crypto trading platforms, it developed an interconnected network with many small and medium companies in the digital currency sector, and right now, any of these having material exposure/business link with the defunct exchange is struggling financially. BlockFi, which filed for bankruptcy on the same day Bitfront did, has an outstanding USD 275 million loan to FTX US, along with other liabilities and assets ranging from USD 1 billion to USD 10 billion.

And the ones which didn’t have ties with FTX, are struggling as well, as the investors, in general, are fearful about the possibility of these companies going into bankruptcy as well. Despite repeated assurances from the crypto leaders, the trend of withdrawing capital across exchanges is increasing with every passing day. In this environment, Bitfront’s closure has done more harm to the sector. 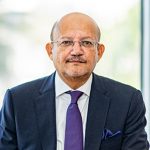 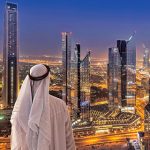