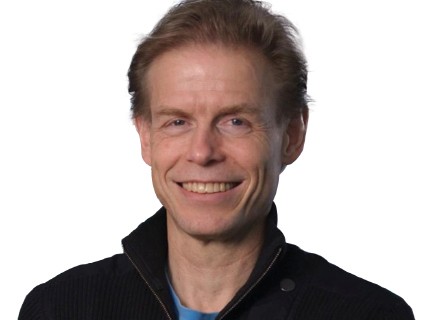 Crypto Social Media is an interesting concept, it would be a way to get rid of bots, and it could also be made traceable and relatively tamper-proof

Peter A Gloor is a Research Scientist at the Center for Collective Intelligence at MIT’s Sloan School of Management where he leads a twenty-year project exploring Collaborative Innovation Networks. He is also the founder and Chief Creative Officer of the software company Galaxyadvisors, and an honorary professor at the University of Cologne, and at Jilin University, Changchun, China. He also taught at Universidad Cattolica in Santiago de Chile, Aalto University Helsinki, University of Rome Tor Vergata, University of Applied Sciences Northwestern Switzerland (FHNW), and University of Applied Sciences Lucerne (HSLU). Earlier he was a partner with Deloitte and PwC, and a manager at UBS. He got his Ph.D. in computer science from the University of Zurich and was a Postdoc at the MIT Lab for Computer Science.

His newest book, “Happimetrics – Leveraging AI to Untangle the Surprising Link Between Ethics, Happiness and Business Success” will appear in fall 2022 at Edward Elgar Publishing.

In his interview with the International Finance Magazine, Peter Gloor shares his insights about Twitter bots, metaverse, the COIN project, social media trend predictions, and much more.

Q) Does the removal of bots impact the revenue and reach of Twitter?
A) Of course, bots disturb the metrics of Twitter, as the number of followers, being listed, etc., is a key metric of influence for a Twitter user. If 50% of the followers of a politician are bots, this inflates their importance.

The point is that this is an arms race between Twitter and bot writers, who have a huge incentive to game the system to their advantage, claiming much wider reach than they do.
Twitter is also in a conundrum, as on the one hand more users Twitter has, the higher its reach and valuation (if these users are hidden bots, Twitter still gets the marketing money). On the other hand, Twitter should be able to identify its human users correctly.

Q) What are your views on metaverse? Is the metaverse going to rule the virtual world in the coming years?
A) I think it is a question of time until virtual reality and reality will fuse in a Matrix-like scenario. What this scenario will look like is still open to discussion. But I imagine, for example, that I can virtually travel to Bangalore from Boston, without leaving my office at MIT, and will have “almost” the same experience as traveling there in person by plane. The same will be for office meetings, where you and I can meet in a virtual room, with the same interpersonal experience as if I would meet you in person. The big question will be “fake news”, as it will be difficult for the layperson to distinguish truth from fake in the metaverse.

Q) Can you tell us about the “Sociometrics and Human Relationships” book you have authored? Give us some insights about the book?
A) The book describes a proven and tested framework for measuring interpersonal interaction using online media, such as email, slack, teams, Twitter, or Facebook. It will allow the individuals to learn about their strengths and weaknesses and the organization to improve teamwork and intra- and inter-organizational communication and collaboration.

I would also like to point out my new book “Happimetrics” (https://www.e-elgar.com/shop/usd/happimetrics-9781803924014.html), which will come out this fall, extends these methods to direct face-to-face interpersonal interaction, and also measures ethics and moral values of a person, to distinguish truth from fake.

Q) Voter manipulation on social media has become a global problem. What do you feel about it?
A) This is indeed a big problem. The remedy is transparency, i.e., educating the voter about all the potential ways of spreading fake information. It is a hugely important task for the trusted mainstream press. Artificial intelligence (AI) can also help by flagging fake news.

Q) Can you tell us about the Collaborative Innovation Networks (COIN) project you are heading at CCI at MIT’s Sloan School of Management?
A) The COIN project was started at MIT in 2002 to study all facets of swarm creativity. It was among the first to dispel the myth of the genius innovator locked away in his office and cranking out one invention after the other. The truth is, we can only innovate in intense collaboration with other like-minded people. In COINs, I have been studying how this collaboration functions in direct interpersonal interaction and online media for the last twenty years.

Q) How will a person be able to predict trends on social media? What are the dos and don’ts?
A) Machine learning makes it extremely easy to construct a time series of social media data, e.g., all the tweets talking about “Donald Trump”. We can then extend the frequency of these tweets and measure their emotionality. Based on previous analysis, we could be tempted to predict that Donald Trump will again win the next US Presidency. This example illustrates how easy it is to mechanically make predictions for the future – but I call this “predicting the past”, as it is far from certain that an AI machine learning model that has worked before will work again in the future.

Q) Why do you think social media has become a major player for most industries in establishing themselves?
A) It is the easiest and cheapest way to reach a broad group of influencers. The challenge is to be authentic; most corporate marketing departments do a miserable job in this regard on online social media. The most successful TikTok influencers are the most authentic ones, meaning that what they say comes from their heart. They genuinely believe in it. For example, Greta Thunberg has been doing this very well.

Q) Can you tell us about your software company Galaxyadvisors? What kind of services do you offer the clients?
A) Galaxyadvisors builds software and provides consulting for coolfarming and coolhunting. Coolfarming means helping companies to innovate and create high-performing teams by building COINs. It involves analyzing their online communication, such as email, MS teams, and slack, and showing them how their teams currently communicate. And how they can communicate better. Coolhunting is finding cool new trends by finding the COINs on online social media that develop and launch these cool new trends. For example, by discovering the virtual tribes that aggregate around cool new products, be it Tesla, Birkenstock, or “Harry Potter”.

Q) Tracking social media trends has never been easy. How have you tracked them, especially after the social media boom?
A) It is comparatively easy to predict tomorrow’s trend, e.g., to predict the stock price of tomorrow or who will win an Oscar, based on a time series analysis of yesterday’s data. It is impossible until now to predict “black swans”, i.e, unpredictable events, such as Donald Trump winning the elections, the outbreak of COVID, or Russia invading Ukraine.

Q) With social media and Artificial Intelligence growing every day, what can we expect shortly?
A) We will get a fusion of augmented and virtual reality with the “true reality”. We might also get a further split into more segmented virtual tribes, across country boundaries, for example, believers in science and believers in “god”. To prevent this split, we need “ethical AI”, which assists in easily identifying fakes from reality, and tools that flag unethical behavior automatically. This is what my current research focuses on.

Q) Crypto social media platforms are gaining traction across the world. What is your take on it?
A) Crypto social media is an interesting concept, it would be a way to get rid of bots, and it could also be made traceable and relatively tamper-proof. However, the problem is that some vendors use beautiful words to mask their search for a quick buck by combining it with a new cryptocurrency. The other problem is that blockchain does not yet scale to the level needed for a system like Twitter. 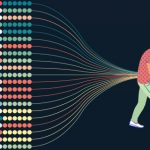 TikTok turning a generation of video addicts into data goldmine 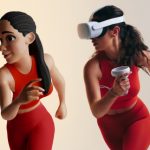 Digital Twins: The collaboration between real and virtual world