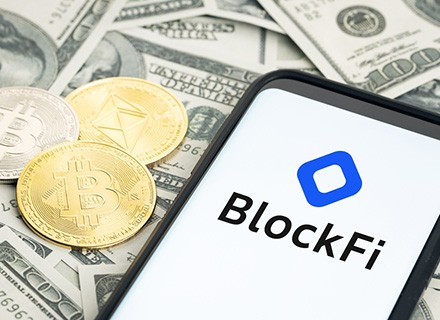 Cryptocurrency volatilities have mostly been in the negative zone, with Bitcoin alone losing 20% of its value in a single week

Due to its financial ties with FTX, the troubled exchange whose recent collapse severely rocked the cryptocurrency industry, BlockFi, another crypto lender, filed for bankruptcy recently.

The New Jersey-based company advertised itself mainly to small investors, providing them with crypto accounts with high interests, apart from giving out quick loans without performing credit checks. It had more than 450,000 retail customers as of 2021.

BlockFi, established in 2017, filed for Chapter 11 protection in New Jersey. Its collapse added more misery to the sector, which is already affected by the news of frequent bankruptcies, staff downsizing, and operational shutdowns.

BlockFi also informed the bankruptcy court that it was “the antithesis of FTX” and would seek to return customer funds as early as it can.

Another digital assets’ bank, Silvergate Capital Corporation, which provides innovative financial infrastructure solutions to companies with its real-time payments platform SEN, said that it hasn’t been severely affected by BlockFi’s downfall. It even said that the crisis-hit crypto exchange was “not a custodian of its Bitcoin-collateralized leverage loans”, adding that its business ties with the company were limited to less than USD 20 million of its total deposits from customers which stood at USD 13.2 billion in 2022 third quarter.

Simultaneously, cryptocurrency volatilities have mostly been in the negative zone, with Bitcoin alone losing 20% of its value in a single week.

While BlockFi made a contract with FTX in June to stabilize itself, it was considered a safety net at the time, given the exchange’s reputation. BlockFi also got a USD 400 million credit line from FTX. The agreement also had an option for FTX to purchase BlockFi.

BlockFi then obtained a USD 275 million loan from an FTX affiliate. Thanks to this interdependence, BlockFi went bankrupt too as FTX collapsed.

BlockFi informed customers that they couldn’t withdraw their deposits after the exchange failed due to its “significant exposure” to FTX.

BlockFi’s bankruptcy application stated that it had USD 257 million of cash support for its current operations. It has over 100,000 creditors and USD 10 billion in assets and liabilities. Some 850 individuals worked in the exchange as of 2021.

BlockFi also stated that it would concentrate on collecting any debts owed to the business, including those owed by FTX. However, given the exchange’s insolvency, it issued a warning about delays in recouping assets from FTX.

FTX’s corporate turmoil, according to the company’s new CEO John J. Ray III, is “unprecedented.” Experts fear that the unraveling and retrieving of assets may take years.

Coming back to BlockFi, its lending arm and the Securities and Exchange Commission settled for USD 100 million in 2022 February over the exchange’s failure to register as an investment company, apart from its inability to register loans as securities. BlockFi also “misrepresented” the degree of risk in its loan operations.

BlockFi is owned by Valar Ventures, which is partly supported by tech tycoon Peter Thiel.

BlockFi’s financial adviser Mark Renzi of Berkeley Research Group stated the company “has worked to positively shape the cryptocurrency industry and advance the sector” since its start.

A public pension fund stands by its sizeable commitment to crypto-related holdings as investors hurry to assess the FTX fiasco effects, along with the broader price drop of digital currencies.

According to a person familiar with the fund, the Fairfax County Police Officers Retirement System, a defined-benefit pension plan covering law enforcement officers in northern Virginia, has over 7% of its assets invested in crypto-related holdings.

Katherine Molnar, the fund’s chief investment officer, said on a panel organized by the blockchain advocacy group Chamber of Digital Commerce, “I’ve been really happy about how we’ve thought about it and how we’ve approached” investments related to cryptocurrencies.”

She also wrote in a recent email to a consultant who had enquired about the pension fund’s cryptocurrency exposure that “the washing out of weak players or potentially inappropriate actors-while causing volatility and is admittedly stressful-is ultimately a healthy thing.”

Katherine Molnar has managed USD 1.8 billion in assets for the benefit of more than 2,700 current and retired participants as of 2021. Molnar stated in the same email that the fund had no direct exposure to FTX.

The consultant who questioned Molnar about the cryptocurrency holdings of the Fairfax police pension is John Reed Stark, a critic of the industry and the former director of the Securities and Exchange Commission’s Office of Internet Enforcement.

After his email conversation with Katherine Molnar, John Reed Stark stated on LinkedIn, “To me, this is perhaps the most reckless investment” made by a public fund in years.

According to John Reed Stark, “FTX’s contagion has just started to spread.”

“You’re standing inside a burning building and thinking everything’s going to be okay,” he remarked, interpreting Katherine Molnar’s position.

According to Russell Kamp, managing director at investment firm Ryan ALM, defined benefit pensions “are too critically important to the participants to use precious resources to engage in these risky strategies.”

The US Department of Labor advised 401(k) plans to “exercise extreme caution” before introducing bitcoin options to their investment menus earlier this year. However, state and municipal laws govern most of the regulation of public pension schemes.

According to analysts, the effect of the crypto turmoil on public pension funds may not be fully understood presently, as these funds frequently invest through private vehicles with hard-to-value holdings.

As per Katherine Molnar, Fairfax police pension fund began investing in crypto projects about 4.5 years ago. The scheme is underfunded and appears unlikely to achieve its return objectives in conventional stocks and bonds.

According to her, some trustees had doubts about the decision. She added that there were “definitely concerns about ‘is this money laundering?'” concerning the transaction and that the vote to accept it “wasn’t unanimous.” She manages money for police officers. She added that, over time, “virtually everything will be digitized,” from bonds and mortgages to driver’s licenses and medical records.

The goal weighting for digital assets in the fund is 4.75%; however, due to the fund’s exceptional early performance, the allocation has increased to nearly 7%.

Katherine Molnar also stated that the fund has made nine crypto-related investments so far and evaluated several warning signs as well.

“You may not have heard of the auditor of the fund you’re looking at before. Likewise, you probably wouldn’t invest with a manager who had an auditor that you’d never heard of before in any other area. We all need to have an open mind,” she remarked. 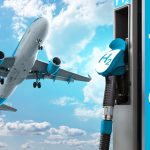 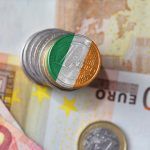