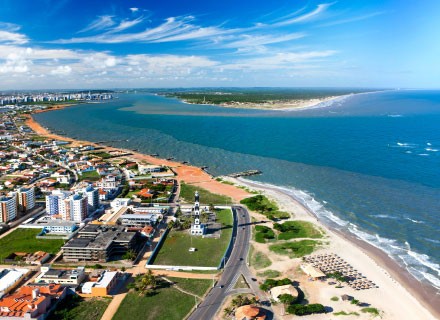 Oil in Brazil has come a long way. Eight years ago, vast oil reserves were discovered near the cost of Sergipe, a state of Brazil, which is the largest oil producing country in South America. It stands to be the ninth largest global oil producer and the seventh largest oil consumer, the International Trade Administration reports. Because Brazil has the largest recoverable ultra-deep oil reserves in the world, its oil and gas markets, have accounted for a significant share of investments in the economy, with more than 10 percent of the GDP.

According to the International Energy Agency, Brazil is important to the global oil industry and will be responsible for the production of nearly 50 percent of the world’s offshore oil in 2040, which points to nearly 5.2 million barrels per day. The country produces a huge amount of oil through drilling near its coasts and certainly its aggressive efforts to stand out in the global oil industry has been realised. Its production of oil is mainly offshore of about 94 percent and is embarking on new developments to lure investors and keep the momentum steady. The national oil company alone accounts for 93 percent of the country’s oil and gas production—which is impressive—in part, underpinning its leading position in the exploration and production of offshore oil. The other part that is responsible for uplifting the Brazilian oil production is the pre-salt reserves.

Geological evolution of pre-salt reserves
The pre-salt finds were made a few decades ago and it is still the most important exploration play, highly sought after by all major oil companies in the world. The evolution of pre-salt layers is that they are found in deep-waters between 1,900 metres and 2,400 metres in Southeast Offshore of Brazil. Their work in Brazilian oil is quite simple: The deep Cretaceous salts trap oil in rocks off the country’s coast and that is what makes them so special. The geological structure was created around 160 millions years ago when the supercontinent Gondwana began to naturally split. Essentially, the pre-salt reserves are characterised by ‘giant and supergiant fields’ that have superior quality carbonate reservoirs deposited between the Barremian and the Aptian.

Pre-salt play builds a strong evidence
The importance of pre-salt reserves cannot be said enough, forming strong evidence for why Brazil is leading the global offshore production. Last year, a report published states that Lula, Sapinhoa and Baleias Cluster are primary contributors of the oil production in pre-salt wells. In the next five years, Buzios, Mero, Sururu, Berbigao, Itapu and Atapu fields will dramatically increase the country’s oil production to 5 million barrels per day, securing its position to be among the top five oil producers in the world. Along with the existing discoveries, there are other fields that have been acquired during the Brazilian Petroleum Agency’s bidding rounds in the last two years. These acquired fields have geological potential for huge oil discoveries in Campos and Santos basins. It is anticipated that Brazil could be producing around 8 million to 9 million barrels of oil per day by 2035, by taking into account the potential of these blocks coupled with its strategic position as one of the largest oil suppliers in the world.

The pre-salt oil reserves look to make the Brazilian oil industry more lucrative, on a scale that could even transform the economy. Analysts say the estimates for the total pre-salt oil now stands at 50 billion barrels per day. Although they are little less than what is produced in the North Sea, these are only conservative estimates. It is reported that optimists are expecting a different estimation as much as three times higher.

Petrobras’ new discoveries boost production levels
Petrobras, a Brazil oil company, has made a high-quality oil discovery in an exploration well at the Buzios field in the subsalt frontier. The new find was reported last December pointing to an affirmation that it ‘reinforces the substalt potential of the Buzios field’. This is likely to pronounce the importance of Brazil’s offshore deposit among many industry officials. Petrobras accounts for 60 percent of Brazil’s pre-salt oil production and is ramping up its activities through investments in pre-salt assets. The development of the Burios field, for example, is part of Petrobras’ 2021-25 investment plan which comprises actions such as installation of four new floating production, storage and offloading vessels and drilling 100 wells at Buzios Field in the $55 billion spending programme, according to a S&P report. The company said that the find was made in the 9-BUZ-48D-RJS well drilled in 1,850 metres off the coast of Rio de Janeiro. Even well formation tests were carried out at a depth of 5,540 metres confirming the presence of high-quality oil.

Petrobras made a similar discovery in the southeast side of the Buzios Field last May. This happened when the ‘9-BUZ-39DA-RJS well hit a 208-metre thick column of oil’, according to the S&P report. It is reported that the well was drilled in water at a depth of 2,018 metres, and then the well plumbing was carried out to a total depth of about 5,400 metres. After the Tupi and Sapinhoa fields, Buzios is the latest subsalt field to come into full development, which pumped its first oil in 2018. Buzios is the second largest producer of oil in Brazil, pumping 564,474 barrels per day last October, the National Petroleum Agency reports.

It makes sense that Buzios ranks second so early on because it is also the most productive subsalt field. This can be stated with confidence over the fact that a single well at Buzios set an impressive oil and gas output record of nearly 69,600 barrels per day of oil equivalent last October. Another supporting fact is that Brazil’s top 11 wells by output are all located in Buzios, according to the National Petroleum Agency. Currently, Buzios features four floating production storage and offloading (FPSOs) and the company is planning to install the fifth at the field in 2022. Even a sixth FPSO was planned for 2024, followed by two FPSOs in 2025, as part of the company’s investment plan.

China’s insatiable demand for Brazilian crude
Last September, Petrobras recorded crude oil exports of around 87 percent bound for China. This is a clear indication that Brazil’s offshore boom will continue despite the latter’s slowing oil imports. According to Petrobras Chief Executive Roberto Castello Branco, China still has potential to acquire export crude oil produced by Brazil. In fact, Brazil’s medium grade Lula and Buzios crude oil pumped from Tupi and Buzios have become popular and are selling at a ‘premium to Brent’ in China. China’s insatiable demand for crude oil is surprising. It is reported that China oil imports for the first 10 months of 2020 grew by 11 percent year-on-year to an equivalent of 11 million barrels per day.

Essentially, there are two reasons why the sweet medium grade crude oil is in great demand. First: The low sulfur content for the Lula and Buzios crude oil varieties is 0.27 percent and 0.31 percent. Second: Pre-salt fields in Brazil have low breakeven costs, meaning that they can be highly profitable despite current hardships in the operating environment where Brent is sold at less than $50 per barrel. The exponential demand for these commodities is somewhat causing price differentials to continue, leading to speculation that they could become the most expensive crude oil varieties in the world. It is simple to comprehend the after-effect of the speculation: A favourable trend in Brazil’s oil could be seen in the coming months. Already Petrobras is seeking to explore new markets in Asia where there are substantial demands for light sweet grades of crude oil. The introduction of IMO2020 has played a big role in the surging demand for Brazilian crude blends among Asian refineries.

The new maritime regulations have also led to favourable circumstances, spurring demand for Brazil’s medium sweet crude in Singapore. Now what is anticipated is that the demand for Brazil’s pre-salt sweet medium crude oil grades will be met by increasing supply. The data released by the National Petroleum Agency shows that the pre-salt oil production of almost 2.6 million barrels per day last September was almost 13 percent higher than the previous year. The pre-salt output alone accounted for 89 percent of Brazil’s total petroleum production in 2019 compared to 78 percent for the equivalent month in the previous year.

Setbacks that could derail Brazil’s oil boom
New investments in exploration, production and refining among Petrobras and other major companies are estimated at $100 billion over the next seven years. But with the coronavirus pandemic there is no end in sight—for all industries, including Brazil’s oil. The very fundamental factors that secure the global oil industry have been disrupted: dramatic drop in oil prices, unexpected slashes in output and economic recession—thereby forcing many oil companies to review business and investment plans. Last year, even Petrobras had reported that it would cut its annual investment plan from $12 billion to $8.5 billion.

The production of medium sweet crude oil from pre-salt fields might continue to increase in volume. But there are indications of danger for Brazil’s oil boom. Europe is imposing fresh lockdowns in some of its largest economies that might have unintended consequences such as a decelerating world economy and a poor economic outlook. Another speculative theory is that Petrobras could ‘derail Brazil’s offshore boom’, on the back of its efforts to cut its five-year investment plan by a sharp 27 percent from a year ago.

This setback is justified, however. There are fears that it might reflect on Brazil’s oil boom. According to Petrobras, the severity of the pandemic has upset the demand for crude oil and derivative products in the big picture—leading to steep weaker oil prices. However, the company has said that it intends to spend $46 billion on exploration and production, especially with a keen focus on pre-salt oil assets. The move is meaningful because it is Brazil’s pre-salt assets that produce the sweet medium grade crude oil, which has become intensely popular in China and select parts of Asia—anchoring its famed oil boom. 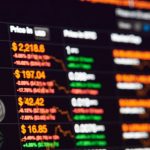 The evolution of blockchain in bond issuance 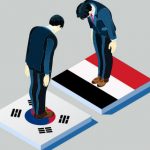