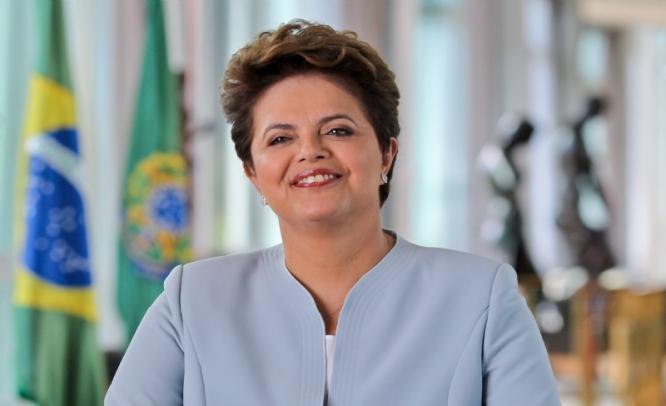 State interventionism wins over free market Kamilia Lahrichi October 27, 2014: Left-leaning president Dilma Rousseff won the election in recession-hit Brazil on October 26 after one of the most dramatic electoral campaigns. The country’ first female president turfed out the centrist contender Aécio Neves with about 52% of the vote against 48% for her rival during the second round of voting. Nearly 100 million people...

October 27, 2014: Left-leaning president Dilma Rousseff won the election in recession-hit Brazil on October 26 after one of the most dramatic electoral campaigns.

The country’ first female president turfed out the centrist contender Aécio Neves with about 52% of the vote against 48% for her rival during the second round of voting.

Nearly 100 million people casted their vote in this close race. About 3.5 million assistants oversaw the elections in the world’s second biggest emerging market after China.

The presidential campaign revolved around tacking sluggish growth and high inflation. With a US$2.246 trillion gross domestic product (GDP) in 2013, the world’s seventh largest economy grew by only 2.5% last year.

In late August, Brazil slid into recession for the first time since the financial crisis. Its GDP decreased by 0.2% in the first quarter and by 0.6% in the second one. The rating agency Standard & Poor’s thus lowered the country’s credit rating in March 2014.

Former Economy Minister Guido Mantega claimed that weak global recovery from the economic downturn as well as a surplus of public holidays during the 2014 World Cup led to the recession.

Notwithstanding that exports to China suffered a setback, other factors, namely poor macro-economic policies, are to blame too. Indeed, Brazil’s growth has mainly relied on domestic demand.

In addition, consumer prices keep rising quickly in Latin America’s largest economy. Official figures set the number at 6.5% in August 2014, despite the government’s target of below 4.5%.

First, Eduardo Campos, a presidential candidate, died in a plane accident about two months before the election.

Marina Silva, his running mate and a popular environmentalist, replaced him three weeks before the poll. Although she was supposed to be Brazil’s next president according to most surveys, she came third – with 22 million votes – and endorsed her rival Mr. Neves.

Finally, an ex-executive of the national oil company Petrobras shed light on a nationwide bribery scheme one week before the election. It involved President Rousseff’s top political allies and a key figure in Mr. Neves’ Social Democratic Party.

Ms. Rousseff acknowledged for the first time wrongdoings in the company.

Brazil is not foreign to corruption scandals. In 2012, in what was coined “the trial of the century,” about 40 prominent legislators, businessmen and high-level policy-makers, including senior members of President Rousseff’s Workers Party (PT), faced prosecution over alleged vote buying.

A legacy of state interventionism

President Rousseff vowed to carry on with her social programs to boost economic growth whereas Mr. Neves, the business-friendly contender, had pledged to focus on trade and fiscal austerity.

Supporters of the newly re-elected president came from the north of the country where most Brazilians receive the government’s financial aid. They were instrumental to her victory.

Regardless of the popular discontent with President Rousseff’s handling of the World Cup, she “was never out of the game,” explained Glauco Oliveira, an economist in the capital Brasilia and a civil servant with a government’s agency.

“Her approval rates never felt too much even at the peak of the [2013 anti-government] manifestations, though her governmental policies were indeed blamed for bad timing and a lack of priorities,” he said.

President Rousseff’s popularity stems from her significant headway in expanding social welfare programs to the most disadvantaged.

Official statistics estimate that 22 million Brazilians have been lifted out of poverty since President Rousseff took office in 2011. Besides, the income per person grew by 2.3% annually during the years her political party led the country.

The middle class significantly expanded to about 40 million in the past decade – a majority for the first time in this election.

The failure of free market

Mr. Neves’ proponents have pointed the finger at President Rousseff’s state interventionism and protectionism. For instance, the government has managed fuel subsidies and electricity through state-owned companies Petrobras and Eletrobras, the electric utilities company.

Equally emblematic of the government’s intrusion in the economy, public banks have grown since the administration of former president Lula, which sparked much debate between the presidential candidates.

The public banking system has boosted public investments and granted credit subsidies to the lower classes.

Yet, investors have been eager to end President Rousseff’s heavy-handed economic policies. “The truth is that this government failed,” said Mr. Neves, in reaction to the country entering in recession. “And it failed principally in its steering of Brazil’s economy.”

The centrist candidate claimed he would tackle the economic lethargy by bringing back the “tripod” of economic policies, namely substantial primary surplus, inflation targeting and floating exchange rate. Brazil relied on this program 20 years ago to give stability to investors.

“The most unpopular economic policies Rousseff [took that] it is worth stressing is the rejection of the macroeconomic tripod which were substituted by lenient fiscal policy, exchange rate controls and loosening of the inflation target,” explained Mr. Oliveira.

Instead, Mr. Neves wanted to make the central bank more independent of the executive power. He developed a reputation for fiscal austerity.

Yet, President Rousseff’s camp has accused Mr. Neves of siding with bankers and industrialists and cutting back social programs for lower classes.

“It is not true that economists that support Mr. Neves are socially insensible,” said Mr. Oliveira. “The candidate made clear that – if elected – he would not extinguish social programs, but he would reformulate and improve them.”

Despite the election’s results, boosting economic growth in recession-hit Brazil requires a change of policy.

“In the short run, the government should restore the confidence about its ability to keep the economy stabilised,” said Celso Toledo, Director at LCA, a consulting firm in Sao Paulo.

This involves breaking with the tradition of state interventionism.

“Non-orthodox macroeconomics, protectionism in trade, fiscal profligacy and interventionism in energy policies can be cited among the most unpopular policies from the perspective of investors,” said Mr. Oliveira.

For instance, the government’s regulation of the price of energy prevents from spurring investment in power grids and transmissions, he explained.

“In the long run, we need measures to boost productivity and to reduce the ‘Brazil Cost’,” said Mr. Toledo, in reference to the complex tax system, the rigidity of the labour market and the poor infrastructure.

In particular, fiscal measures to reduce the public debt are key. The next government needs to cut down public expenditure, which accounted for 37.2% of Brazil’s GDP – a high percentage in South America.

“We need more competition, a trustworthy government that does not use the public infrastructure as a means to defend the interests of a special political party,” said Mr. Toledo.

“Brazil was too complacent during the boom years provided by Chinese demand. Now the challenges are bigger,” he pointed out.

Mr. Oliveira forecasted that growth will be weak in 2014 and 2015 will be a year of adjustments – another economic challenge for President’s Rousseff new administration. 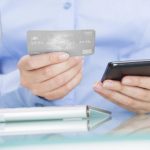