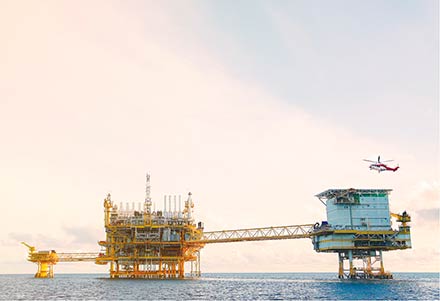 There is rising interest in decommissioning offshore oil and gas platforms in the North Sea – bringing attention to various aspects of this newfound activity including the process, cost, regulation and challenges. If done right, this activity can be hugely beneficial to the O&G industry and the environment. Christopher Harrison, partner, Pillsbury Winthrop Shaw Pittman LLP delves into this path-breaking initiative

It has been estimated that 214 fields on the UK continental shelf are likely to be the focus of £17 billion of decommissioning activity in the period to 2025 alone, prompting one commentator to term it a potential ‘buzzards’ picnic’. What is behind this sudden uptick in interest?

The UK Continental Shelf (UKCS) has, for many years, generated the bulk of the UK’s oil and gas production. However, dwindling reserves, economic viability of extraction, together with the age of many oil and gas installations has focused increased attention on the significant costs involved in decommissioning offshore oil and gas platforms in the North Sea.

There are over 11,000 wells, nearly 600 platforms and 24,000 km of pipeline network in the North Sea. UK legislation, in common with most jurisdictions, requires (with very limited exception) that the installations are fully removed, and the sea and seabed returned to its pre-license condition in an environmentally sound and safe manner. This is both expensive and difficult. The projected cost of decommissioning (forecast by Oil & Gas UK) in the UKCS is expected to be at least £17 billion up to 2025. Other forecasts put the likely total cost (for the UKCS) significantly higher with figures up to £80 billion suggested.

So who is paying for all this? Well, in part, we (the UK taxpayer) are. The primary obligation for decommissioning rests with the “operator” (this can be multiple parties including the licensee(s), the installation operator(s) and other associated parties). However, roughly half of the decommissioning expenditure can be recouped through tax credits. Given the projected total cost of decommissioning in the UKCS, this will be a significant cost to the operators, Treasury and the taxpayer. This cost has renewed debate on the introduction of a Rigs-to Reef policy in the UK.

What is the scope of this activity in oil-rich nations like in the Middle East and Africa?

To date, there has not been a specific policy for Rigs-to Reefs in the Middle East and Africa. The use, however, of artificial reefs is long standing in various Middle Eastern countries and has also been undertaken in various African states. For off-shore oil and gas producing economies in these regions, the benefits of ecologically sound Rigs-to-Reef policies should be considered given the positive benefits observed in the Gulf of Mexico and other jurisdictions where the policy is in effect.

What is the process by which unwanted oil rigs are turned into reefs?

The default position for the decommissioning of offshore oil & gas platforms is to plug the well(s) and to remove the topside and move the entire substructure to shore. Most rigs were not designed to be removed, resulting in an expensive, energy intensive exercise with a correspondingly large carbon footprint. Rigs-to-Reefs provides an alternative proposition: simply leave most of the substructure where it is. In this way the platform can continue to support marine life as an artificial reef.

Toppled in place also removes the structure from the seabed and is then toppled on to its side.

Partial removal is the simplest option. The top part of the structure is cut at the required minimum navigation depth and placed on the seabed next to the base of the remaining structure.

It should be noted that not all platforms are suitable for potential reefs. An ecological and engineering survey is required in order to assess suitability.

How does this process enhance profits and benefit companies, economies and the planet?

Decommissioning is an expensive, risky, technically challenging and energy intensive business, particularly in the North Sea. A properly managed Rigs-to-Reefs policy in the UKCS could significantly reduce the costs of decommissioning, provide environmental benefits through the creation of artificial reefs and reduce the overall decommissioning carbon footprint.

Artificial reefs have been used for many years all over the globe. The best example is probably the Rigs-to-Reef programme in the Gulf of Mexico. In 1984 the US Congress enacted the National Fishing Enactment Act. The Act recognised the ecological, social and economic values in creating artificial reefs and led to the National Artificial Reef Plan administered by the Bureau of Safety and Environmental Enforcement (BSEE).

Under the BSEE Rigs-to-Reef Policy, as of April 2018, 532 oil & gas platforms previously installed on the US Outer Continental Shelf have been turned into reefs in the Gulf of Mexico. According to BSEE, a typical four-leg platform structure provides two to three acres of habitat for hundreds of marine species and a home to many thousands of fish.

But the North Sea is not the Gulf of Mexico. Surely the different ecosystem means reefing is of less value? Not so according to published scientific evidence. In particular, hard substrate is scarce and species that depend upon it are under pressure. For example, endangered cold water coral benefits from the oil & gas platforms in the North Sea and the coral colonies attract other species and increase biodiversity. Even OSPAR (the international treaty organisation with jurisdiction over North Sea waters) which has effectively banned Rigs-to-Reef in the North Sea, acknowledges that “the potential benefit of reefs aiming at enhancing production of living marine resources and restoring or protecting natural habitats, outweigh their negative impacts” (OSPAR 2009).

Based on the Gulf of Mexico experience, cost savings of Rigs-to-Reef verses total removal are in the order of 30-50% for plugging and abandonment. Part of this saving is donated to the relevant state artificial reef program thereby ensuring that the cost benefits are shared, ensuring a win-win for all stakeholders.

Done well, decommissioning allows companies to dispose of assets in a safe, environmentally-friendly and cost-efficient manner. Done badly, and the financial and reputational effects can be severe. What do businesses need to consider to ensure that they effectively convert oil rigs into reefs and avoid the potential negatives?

Decommissioning of offshore oil & gas installations and pipelines in the UKCS is controlled through the Petroleum Act 1998. The petroleum regulator OPRED (assisted by OGA – the Oil and Gas Authority) requires a comprehensive decommissioning programme to be provided by the owner/operator identifying all equipment and setting out the decommissioning solution for each. Any proposed Rig-to-Reef solution would require a thorough plan, backed up with an ecological/environmental report setting out the proposed benefits of the selected reef site. Provided that the platform removal and reef laying process was done safely and efficiently (as would be the case for total removal) the cost savings and ecological benefits can, and should be, clearly articulated.

The problem with starting a Rig-to-Reef policy in the North Sea is both political and, to a lesser extent, legal. In 1995, Shell proposed to tow and sink (with UK Government approval) the Brent Spar storage tanker in deep water. Greenpeace occupied the platform in protest at the “dumping” and Shell became embroiled in a very negative public dispute. The platform ended up being removed to shore. The Brent Spar incident is believed by some commentators to have influenced the OSPAR treaty negotiations resulting in the current OSPAR ban (with limited exception for very large structures) on artificial reefs using oil & gas platforms.

How do oil rigs contribute positively to marine life?

What can seem like an obvious choice for ecological stewardship – removing man-made structures from the oceans once their primary functions cease – is often confounded by nature’s own tendency to turn these giant vertical structures into reef-like biomes of feeding and thriving biomass.

Scientific evidence from the Gulf of Mexico and elsewhere suggests that artificial reefs act as both a fish aggregation source and create a new ecosystem providing food and shelter adding substrate to the benefit of various species.

Rather than introducing new structures to create an artificial reef, it seems axiomatic that utilising existing undersea structures that were designed to survive in the water, and have already attracted sea-life as reefs, makes ecological and economic sense.

What are the onsite challenges of decommissioning oil rigs?

How are legal and regulatory challenges of decommissioning oil rigs addressed?

As mentioned earlier, decommissioning of UKCS oil & gas installations is governed by the Petroleum Act 1998 (as amended). Operators are required to submit a comprehensive decommissioning plan to the Department for Business, Energy and Industrial Strategy (BEIS). The Oil and Gas Authority (OGA) works with the operator and BEIS to assess decommissioning programmes on the basis of cost, future use and collaboration. Part of OGA’s ambit is to ensure maximum recovery and efficiency of cost. Rigs-to-Reef is a clear cost saving process given historical precedent of its use.

The principal impediment to implementation of a Rigs-to-Reef policy is the current ban on the use of oil & gas platforms as artificial reefs by OSPAR.

The Oslo-Paris Commission (OSPAR) is the international treaty organisation with jurisdiction over North Sea waters and is, amongst other things, responsible for artificial reef policy. The current decommissioning policy is set out in OSPAR Decision 98/3 on the Disposal of Disused Offshore Installations (OSPAR Decision 98/3). The “dumping, and the leaving wholly or partly in place, of disused offshore installations within the maritime area” is explicitly prohibited pursuant to Section 2 of OSPAR Decision 98/3.

During negotiation of the treaty, Norway and the UK showed the greatest opposition to the OSPAR banning of offshore disposals, but the UK signed up to OSPAR 98/3 in 1998, on the basis that it provided limited exceptions in exceptional circumstances.

Whilst no Rig-to-Reef initiatives have, as yet, taken place in the North Sea, it could be permissible to do so under the UK’s existing decommissioning structure. The definition of “disused offshore installation” in OSPAR Decision 98/3 specifically excludes any installation “serving another legitimate purpose in the maritime area authorised or regulated by the competent authority of the relevant Contracting Party”. On this basis it appears that Rigs-to-Reef activities could be conducted on the basis that the structure would serve “another legitimate purpose” (being that of an artificial reef).

The impediment to getting a Rigs-to-Reef policy adopted in the UKCS is not just legal. Unlike in the Gulf of Mexico where there is clear stakeholder buy-in to the policy, the Brent Spar incident coupled with an often negative view of oil companies and their “polluting” off-shore platforms needs to be addressed to change perception on the economic and environmental benefits of a Rigs-to-Reef policy in the UK.

How are they generating funds for such expensive projects? Would you say that this process of decommissioning oil rigs can be a revolutionary step ahead in restoring ecological balance in marine life?

The operator/owner of the relevant platform (strictly the s29 Petroleum Act Notice Holder) is required to make provision for anticipated decommissioning costs. This provision is based, in part, on the anticipated economic life of the asset (field reserves verses cost of extraction and the price of oil/gas) longer production life the less provision and vice versa. For the major oil and gas companies this is not so much of an issue, but there is a concern that a number of smaller operators may have not made sufficient provision.

Rigs-to-Reefs has been shown in other jurisdictions to bring significant cost savings with tangible ecological benefits through the reefing process. It is a potential win-win scenario, which can benefit multiple stakeholders (and not just big oil) if the political will is there. 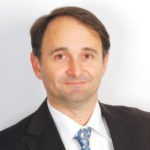 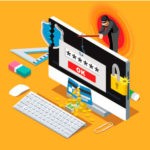 Cyberattacks in finance, and how to tackle them