We have Director General of EISA Mark Brownridge and CEO of IW Capital Luke Davis talk about the polarising effects on businesses in the UK to the Brexit day and after.

Brexit day is coming up in March. So how can small businesses grow in the short and medium term?

Luke: Short and medium-term growth is often challenging for small businesses, especially when intensified by such uncertainty over Brexit. Understanding the value of an internationally scalable business model at grass-roots is vital—whereas in pre-Brexit, domestic strategies were still viable in investors’ eyes, a post-Brexit approach needs to be both Brexit resilient and global-ready. This is true to most modern businesses, with an exception to those that focus entirely on domestic customers and aren’t looking to export products or services.

Further to this, uncertainty—if harnessed correctly—can be used to the advantage of many growing business. The key is confidence in your approach. Many of the successful entrepreneurs we’re coming across are leveraging Brexit as an opportunity to expand trade options, piggy-back off the media rhetoric and diversify product/service offerings with an expanded audience in mind.

It’s also important to not get too caught up in Brexit’s bark, as invariably, it may very well be worse than its bite.

How will small business funding be affected post-March 2019?

Small businesses have long relied on alternative routes for their growth finance as banks are increasingly unwilling to lend to SMEs, meaning the landscape for these very businesses are likely to continue in this vein post-Brexit. Uncertainty has undoubtedly contributed to banks’ reticence to lend—much like the financial crisis of 2008/9.

Will IP rich but asset poor tech companies still be able to raise capital within the Brexit leaving period?

IP rich, asset poor tech companies are exactly the kind of SMEs that already struggle to secure funding from banks and traditional lenders. This is where alternative finance routes such as those we provide at IW Capital are vitally important for the development of our future-facing, globally competitive private sector. Government-backed schemes such EIS will mean that they will still be able to raise growth capital regardless of the Brexit transition period. Equally, investor sentiment is buoyant towards SMEs throughout seismic events—investors hold great faith in our nation’s innovators and entrepreneurs.

Can you suggest some viable alternatives to small business funding, especially in politically volatile countries?

Brexit—if executed efficiently—should open up a number of trade and investment opportunities for investors in the UK and abroad. These opportunities will include the chance to invest in developing markets as the government begins to secure trade deals and incentives that counter a potential impact on trade with the EU.

What does the Brexit deal means for small business in the UK?

Mark: Brexit could be a great opportunity for small businesses in the UK, precisely because of the fact that they are more nimble, adaptable and open to change.

The one thing that small businesses are looking for is certainty. When a business knows what is going to happen in the future, whether that be a deal, no-deal or a second vote, they can put preparations in place and change to suit the climate.

The UK is positioning itself as one of the world leading entrepreneurial hubs. With a large number of individuals and entrepreneurs looking to start businesses in the UK, the government is working on building the infrastructure to support these small businesses.

How do you think the government might respond to ensure SMEs can continue to grow post-Brexit?

The UK is positioning itself as one of the world’s leading entrepreneurial hubs. With a large number of individuals entrepreneurs looking to start businesses in the UK, the government is working on building the infrastructure to support these small businesses.

One of the key things post-Brexit will be is the ability the government should have to be able to focus on tackling issues the small businesses are facing. Currently we are seeing the majority of resources going into Brexit discussions, perhaps rightly at this point in time, but after March we are hopeful to see more time spent on SME issues.

The government is already doing good work with the patient capital review to try to find ways to encourage investment into the earliest stages of new business. This is currently a bit of a problem for the UK’s smallest of start-ups, with investors often reluctant to leave their capital with these businesses for such a long period of time before seeing any returns.

The other key stage of small business growth that the government is looking to address is: series A and series B funding, with a number of fantastic companies being lost overseas to investors with deeper pockets and funds, such as those in the US.

What is the importance of schemes such as EIS for growing small businesses as well as the impact on the SME arena that the deal might have?

EIS is hugely important for growing small businesses and in recent years we have seen a shift in that focus toward technology, growth and innovation. This encompasses AI, Fintech, cyber-security, driverless cars and a whole range of other market disruptors. It’s likely that these kinds of companies are going to be the ones that will benefit the most post-Brexit. 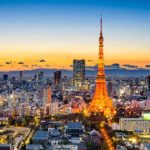 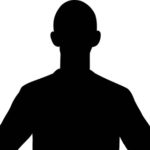 The changing face of business