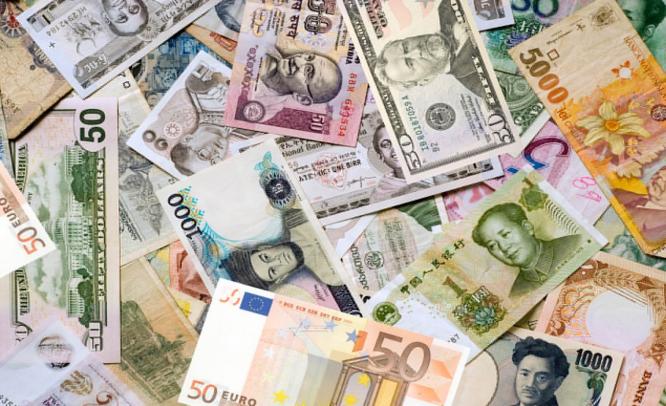 Its value in foreign exchange markets is reliant on purchase of UK financial assets by overseas investors Don Smith October 27, 2016: Despite a run of better than expected UK economic data since the Brexit vote – including 0.7% second-quarter expansion, beating estimates – financial markets are increasingly concerned about the outlook for the country’s economy and its currency. This can be seen most dramatically...

October 27, 2016: Despite a run of better than expected UK economic data since the Brexit vote – including 0.7% second-quarter expansion, beating estimates – financial markets are increasingly concerned about the outlook for the country’s economy and its currency.

This can be seen most dramatically in the sterling’s plunge on the foreign exchanges, which shows little sign of abating. On a trade-weighted basis, the pound declined 15% between the June 23 referendum and October 12, while it has moved from 0.76 to 0.90 versus the euro over the same period.

Some bounce back from this sharp slide appears likely, but there’s little doubt that the sterling’s underlying trend remains firmly downwards.

Although the UK economy should steer clear of recession, the anticipated broader effects of Brexit may soon become more evident. As a result, growth is expected to slow next year.

Consequently, the Bank of England (BoE) may cut interest rates further to provide additional support. The next move would likely be a decrease to 0.1% (from 0.25%), but this might not occur until mid-2017.

With interest rates already so low, and an uncertain path ahead for the economy, the BoE will exercise caution when deploying the dwindling number of arrows in its quiver. It will therefore likely attempt to influence interest rate expectations ahead of any actual move, continuing to issue a very dovish message to the markets.

While inflation is expected to keep rising, the BoE will continue to regard this as a short-term phenomenon, which doesn’t challenge the longer-term low-inflation outlook.

At the same time, the sterling’s steep fall was largely unexpected. The pound is being driven by psychological forces, technical moves and speculative reasoning, all of which can be especially volatile and therefore very hard to predict.

The significance of the UK’s decision to leave the EU, and very likely the EU single market, is immense. According to leaked Treasury documents, a so-called ‘hard Brexit’ could cost the UK up to €73 billion annually, leading GDP to underperform by as much as 9.5% in the coming 15 years.

It’s worth noting that the economy is highly dependent on trade and that, in contrast to the euro, the pound operates without the protection of a solid current account position. With the potential to fall a further 5-10%, sterling is thus left hugely exposed as we move into a period of major change for the UK’s network of trading relationships.

As far as its impact on the domestic economy is concerned, this is something of a double-edged sword: good for exporters but bad for consumers, whose spending power will likely weaken due to the effect of a short-term burst of higher inflation as import prices increase.

While there may be a backdrop of solid economic data, sterling remains vulnerable due to the current account position of the UK, which runs a deficit of about 7% of GDP – by far the largest in the G20 and, historically, the largest on record.

This deficit reflects, in the simplest terms, the fact that importers have to sell sterling in order to acquire the foreign currency that pays for goods and services sourced overseas.

As a result, a huge amount of sterling flows into foreign currency markets due to the sheer volume of UK imports in relation to exports. This, in turn, makes sterling’s value in the foreign exchange markets heavily reliant on the purchase of UK financial assets by overseas investors, who have to then swallow the loss.

Without these purchases, the value of sterling would fall even further. BoE Governor Mark Carney aptly captured this sense of vulnerability in his pithy comment about sterling relying on the ‘kindness of strangers’.

In search of reasons for the pound’s recent plunge, the early October announcement by Prime Minister Theresa May that Article 50 of the Lisbon Treaty would be signed by the end of the first quarter of 2017 surely helped focus investor sentiment on the actual exit event.

Brexit now looks likely to happen no later than the second quarter of 2019 – although, subject to agreement with the rest of the EU, the deadline could conceivably be extended. Given the current rhetoric from key EU politicians, however, there are few signs that the bloc’s attitude to negotiations will soften.

Indeed, sterling’s recent plunge may prove just a harbinger. Today, the UK could well be enjoying the relative calm before the real storm that lies ahead.

Don Smith serves as London-based Chief Investment Officer at Brown Shipley, a member of KBL European Private Bankers. The statements and views expressed in this document are those of the author as of the date of this article and are subject to change. This article is also of a general nature and does not constitute legal, accounting, tax or investment advice. 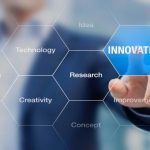 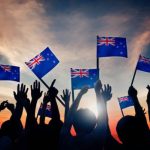