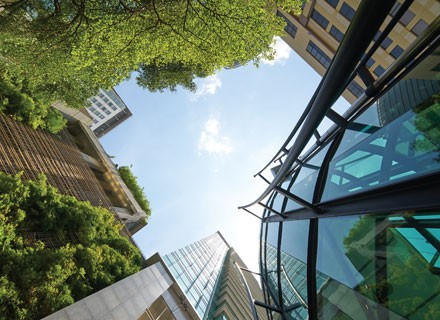 Before the reset, Britain’s largest lenders HSBC, Barclays, Lloyds and NatWest received a lot of criticism from activists for their slow response to climate change—despite issuing ambitious statements about their commitment to lower carbon emissions. New data suggest that leading British banks had invested around £150 billion in fossil fuels since the Paris climate accord in 2016, according to NGO BankTrack. A European ethical bank Triodos, founded in 1980 in the Netherlands, estimates that around £16 billion of daily savings through British stocks and shares ISAs could be financing fossil fuels. Last year, Triodos launched a campaign ‘Don’t be a fossil fool’ to raise awareness among citizens and to ‘democratise’ the banking industry.

Nigel Green, CEO of DeVere, the world’s largest independent financial consultancy, told International Finance, “Action by British banks has fallen short on climate change over the last decade and a half for several reasons. However, I think the main issue is the 2007-2008 global financial crisis. Banks were, in most cases, spectacularly caught off guard by the crash. In the fallout, they were understandably busy dealing with the new regulatory landscape that prevailed in the aftermath, evolving client expectations and, for some, the massive financial penalties that were imposed on them. As a result, corporate social responsibility obligations were way down their to-do list. They were too focused on regrouping. They were in survival mode. However, simultaneously, the rest of the world was waking up to the very real issue of climate change.”

And, as the beginning of this year has demonstrated, a lot is going to change for British banks and the economy at large. Of late, Britain has been witnessing a growing appetite for financial support in sustainable projects, as clients expect banks to be able to show environmental credentials. “This is why challenger, paperless banks with stronger green credentials, such as Vault, are filling the void left by traditional banks, especially in terms of what clients expect firms to be doing today and in the future when it comes to the environment,” Green said. “They are also, of course, getting serious because green investments are outperforming the market and are, therefore, good for their clients and profitable for them.”

British banks know the path forward
The global talk about the Paris Agreement on climate change and what it can do to the economy has put a lot of pressure on British banks. “Despite allegations that some banks are simply ‘greenwashing,’ I have not seen much evidence of this. I think that most are finally getting serious about this subject,” Green said. For example, NatWest and Lloyds of London have pledged to reduce their emissions linked to the loan book by half. However, the levels of their emissions are yet to be worked out. In another example, Barclays has already announced a host of green finance products to help clients finance sustainable developments in the country and globally. These green finance products are mainly designed to channel investments into environment-friendly activities and green initiatives leading to a successful low-carbon economic transition.

NatWest has made its action on climate change an integral part of its rebrand under the leadership of new chief executive Alison Rose. Last November, it launched the first green mortgage, which allows borrowers to enjoy lower-interest rates while purchasing an energy-efficient home. The green mortgage for new customers might be a relatively small move, but this year is anticipated to see NatWest’s efforts on a large scale as it aims to target an expansive customer base. Lloyds, on its part, has become increasingly active in financing clean energy projects. Because it is one of the country’s biggest providers of car finance, it has strategic plans to expand lending for electric vehicles. Again, British banks are likely to come under the scanner with the country preparing to host the UN COP26 climate summit in Glasgow in 2021-end. “This should provide positive impetus for the industry,” Green said.

Barclays has worked with Sustainalytics, a leading independent global provider of environmental, social and corporate governance research and ratings to investors, to develop a Green Product Framework, which will be used to identify sustainable projects that will have a beneficial impact on the environment and demonstrate full support of green financing activity. Although Barclays has refused to halt fossil fuel lending, it is optimistic that setting a carbon limit on its activities will lower emissions. The work of British banks “will sharpen the industry’s focus on the issue of climate change for sure. It is a significant step to ensure that banks are playing their part,” Green explained.

British banks remain quite bullish about their progress in fulfilling climate goals over a series of announcements and product launches that are slated for this year. “I think that they will be compelled to make real advancements, not only by regulators but by pressure and expectations from their clients,” Green said. “Those banks that are slow to respond will face not only increased regulatory and public scrutiny but also limited growth. In 2021, and moving forward, banks can no longer afford to ignore climate change.”

Another fact that points to the real efforts by British Banks is the recently licenced Oxbury Bank’s world’s first-ever carbon-offset savings account, known as Oxbury Forrest Saver, which provides a huge opportunity for British savers to help in the transition to a low-carbon future. The money that would be earned in interest from the Oxbury Forrest Saver accounts will be used to finance tree-planting projects. This is especially important for savers because a new survey commissioned by Triodos shows that 65 percent of the respondents are clueless about their savings—whether they are supporting fossil fuel developments in some form. An even higher percentage of respondents expect banks and savings providers to be transparent about their investment. In this movement, the government seeks to enforce disclosure mandatory by 2025.

Obviously, this still requires the government to take the initiative. And, as known, Bankers for Net Zero initiative backed by an influential group of MPs, is assembling banks, regulators and businesses to enable banks to fully support their clients, speed up the net-zero transition and deliver on the government’s climate change vision. According to its official website, the initiative is built to explore two crucial aspects of the climate change action: How can British banks support key sectors in the net zero transition? What is required in terms of policy and regulation to finance a rapid transition?

World-class green finance research hubs
Interestingly, the government will be investing £10 million for world-class green finance research hubs that will be based in Leeds and London. The two cities will house hubs designed for driving green finance and investment globally. These hubs are slated to open in the coming months in collaboration with a set of British institutions such as University of Oxford, University of Leeds and Imperial College London. Their potential ability to provide world-class data and analytics to financial institutions around the world will help banks, lenders, investors and insurers to make wise investment decisions by taking into account the environmental and climate change impact.

This advancement is essentially what the country needs to step up its game on a global level. It could even create new opportunities in the form of positioning Leeds and London as global centres for green finance—a promising logic that could take it to the next level of promoting green finance and protecting the global economy from climate risks.

According to the Energy and Clean Growth Minister Anne-Marie Trevelyan, “Climate change is the biggest issue that we need to tackle to protect our planet for our children and grandchildren. While the government has invested billions of pounds so we can end the UK’s contribution to climate change, we will not reach our net zero target without mobilising private capital and unleashing the power of the free market. The UK Centre for Greening Finance and Investment in London and Leeds will encourage financial services to turn the tide of their investments and focus on sectors and companies that have a smaller environmental footprint. Doing so will support industries and businesses to develop clean green innovations, creating thousands of jobs across the country—ensuring we build back greener,” as reported.

Back to sustainability bonds and carbon taxes
In 2019, the London Stock Exchange already expanded its green bond segment into a comprehensive Sustainable Bond Market that will incorporate sustainable, social and issuer-level segments. Essentially, these segments offer a host of opportunities for investors transparency and sustainability-related debt instruments. By the numbers, 155 green bonds, nine social bonds, seven sustainability bonds and 77 green issuers from 23 countries and regions are listed on the Sustainable Bond Market, raising £51 billion so far. With that, its strong-record is likely to continue.

This, now seems clear, is the year for Britain to get to the bottom of green finance. British Finance Minister Rishi Sunak plans to launch the country’s first green government bonds. These bonds will be created to finance environment-friendly investments and even encourage the Bank of England to focus deeper on climate change action. It is reported that the finance minister is also urged to reduce the 20 percent value added tax on energy efficient projects. In the case of carbon taxes, any progress that was vouched for by the International Monetary Fund in October might be slow. This is because the budget deficit of £400 billion is still worked on, marking the largest since the second world war. However, it does seem like the country has taken a slow approach to environmental taxes. 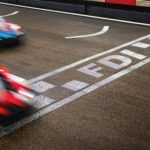 Why China is winning the FDI race 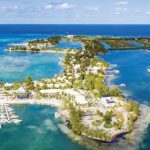 What makes Cayman Islands so popular for hedge funds?