The lease will be for a period of six months, with a potential to renew for another six months

Brooge Petroleum and Gas Investment (BPGIC) is leasing six oil storage facilities to France’s Total. These facilities are situated in the Middle East. Total is a French multinational integrated oil and gas company.

The company’s six storage facilities are in Fujairah, media reports said. The lease will be for a period of six months, with the potential to renew for another six months. It is reported that these facilities have already received initial cargoes.

Global lockdowns have affected oil production and demand in many ways. The pandemic has reduced global oil demand for crude and other byproducts such as gasoline, diesel, and jet fuel by nearly 30 percent, media reports said.

More recently, the drop in global oil demand is expected to hit a 9-year low, according to the International Energy Agency. It is reported that the US will play a significant role in oil production cuts in 2020. Shell’s chief executive Ben van Beurden, told the media, “We are looking at a major demand destruction that we don’t even know that will come back. So the oil price may come back. But if the volumes are significantly lower, we still have a major dislocation, of course, in our own cash wheel.” 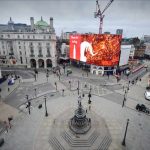 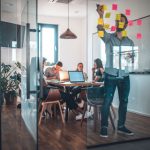 UK fintechs might have lost up £1.4 bn in investments