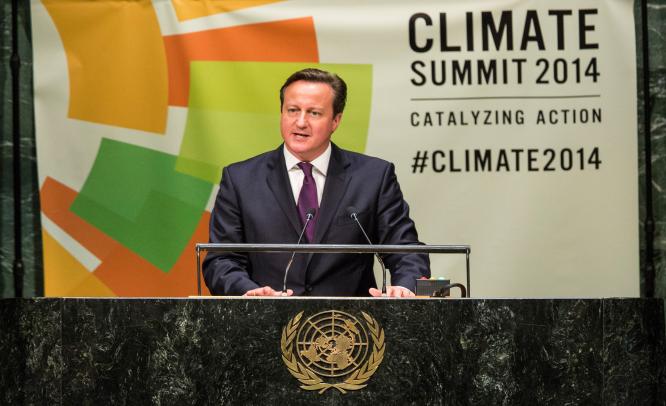 It will be difficult, but participants at the UN climate summit agreed there is no alternative Kamilia Lahrichi September 25, 2014: Hundreds of Chief Executive Officers from Fortune 500 companies, pension funds and the insurance sector discussed financial incentives to tackle climate change and committed to taking concrete action, at the United Nations Climate Summit in New York on September 23. World business leaders also...

It will be difficult, but participants at the UN climate summit agreed there is no alternative

World business leaders also expressed their concern over the fact that global warming might jeopardise their investments, at the United Nations headquarters.

“Businesses are built on the basic principles of maximising profit. So, when they pursue that goal, they don’t particularly care about climate change,” Nobel laureate and social entrepreneur Muhammad Yunus told the International Finance Magazine in an exclusive interview at the Social Good Summit in New York on September 22.

Yet, ahead of the 2015 United Nations Climate Change Conference that will adopt a global agreement, leaders were adamant that businesses have to abide by environment rules for their own sake too.

In fact, they have a large responsibility in today’s increase of heat-trapping emissions.

A “New Climate Economy” report released on September 16 set out that the global economy’s growth led to a significant increase in greenhouse gas emissions. They came mainly from a larger use of fossil fuel, industrial activity, agriculture and deforestation.

Former Mexican President Felipe Calderón chaired the project, which was overseen by a global commission of business and political leaders.

In light of this, a dozen corporations, including IKEA, Swiss Re, Commerzbank and Nestle, joined hands to convince some of the biggest companies to use only renewable energy by 2020.

Companies such as McDonald’s and Walmart signed the New York Declaration on Forests to halve natural forest loss by 2020 and end it by 2030.

IKEA Group’s CEO Peter Agnefjäll, for instance, pledged to use exclusively renewable or recyclable plastic in home furnishing items by 2020. He said he would make residential solar panels more available as well.

Bank of America’s CEO Brian Moynihan predicted that it would grow to US$300 billion by 2020 in a press conference at the United Nations on September 21.

Cost of global warming on businesses

Although it is difficult to determine the cost of global warming on businesses, “the overall costs of not fighting climate change would equal to losing at least 5% of global GDP each year,” Nelson Muffuh, head of Outreach at the United Nations, wrote in an email to the International Finance Magazine in reference to data from a 2006 Stern Review.

He mentioned that “a wider range of risks and impacts could increase this [cost] to 20% of GDP or more, also indefinitely.”

A Yale study estimates a larger loss – 1.5% of global GDP from 2014 to 2200. It relies on the Dynamic Integrated model of Climate and the Economy, which uses economics to develop a strategy to handle global warming.

More specifically, the Intergovernmental Panel on Climate Change (IPCC) suggests that the cost of a two-degree Celsius rise globally would result in a loss of 0.5% to 2% of the world’s GDP by mid-century.

“Once warming has proceeded beyond this, the costs will rise further – though the IPCC finds there is too much uncertainty to estimate reliably by how much.”

In his remark at the General Assembly on September 23, UK Prime Minister David Cameron said, “We need to give business the certainty it needs to invest in low carbon.”

“That means fighting against the economically and environmentally perverse fossil fuel subsidies, which distort free markets and rip off taxpayers. It means championing green free trade, slashing tariffs on things like solar panels. And it means giving business the flexibility to pick the right technologies for their needs,” he explained.

At the Social Good summit, Yunus acknowledged that “it is costly for businesses [to adopt green policies] on the short term but in the long term, […] this is the cheaper version.”

“Otherwise, your business will be destroyed […] if the world falls apart,” he added.

With this in mind, 73 nations and more than 1,000 businesses and investors supported pricing carbon at the United Nations Secretary-General’s Climate Leadership Summit on 22 September.

They represent 52% of global GDP and 54% of the planet’s greenhouse gas emissions.

”If you innovate and set the bar high, you can do both” – profits and sustainability – explained Apple CEO Tim Cook. He said that the company uses 94% of renewable energy to power its facilities.

Besides, implementing more environment-friendly policies is a way for businesses to satisfy customer demand.

“Today, mainstream companies are getting into the game not because they want to stand out from the crowd but because they want to sell,” said M. Sanjayan, Executive Vice-President at Conservation International, a US-based nonprofit environmental organisation, during an exclusive meeting organised by the United Nations foundation on September 22.

“In a world with seven billion people, if your company wants to sell around the world, your company has to be sustainable,” he explained.

The largest companies are not immune. “Coca Cola cannot sell internationally if it does not know where its water is coming from,” he said.

In other words, “private businesses need to shift from the present system to a new system” due to governments and citizens’ push, said Yunus.

At the United Nations summit, Agnefjäll explained that “we know that our customers want to save energy and live more sustainably at home, but we believe they shouldn’t spend more money or time to do so.”

“That is why we are determined to make sustainability both affordable and attractive to as many people as possible,” he said. 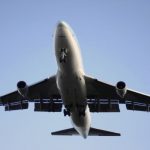