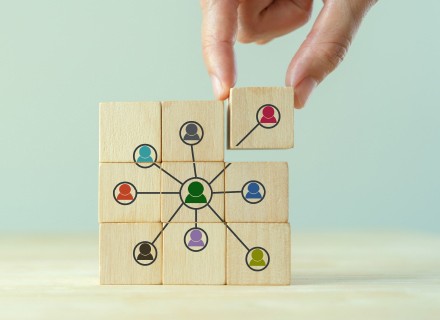 Platforms like TikTok may serve 20 million micro, small, and medium-sized enterprises, and account for 40% of retail spending

Social media and chat app penetration in the Middle East and North Africa (MENA) is high. It is natural for traders to capitalize on these technologies and cultural shifts.

MENA’s trillion-dollar economy is transforming because E-commerce and Connected Commerce (C-commerce) are becoming extremely popular and may serve 40% of the retail market and connect 20 million micro, small and medium-sized enterprises in the geopolitical area.

Zbooni, an E-commerce platform in MENA, introduced the first white paper in the region on the flourishing sector and claimed businesses could improve sales by trading on the platform and engaging with channels that customers prefer to watch.

The platform shared opinions and insights from leading brands like Checkout.com, Tik Tok, and Chalhoub Group. The research found C-commerce in action in social, chat, and messaging apps like Whatsapp and Snapchat, which provide both online and physical stores with a way to convert real-time conversations into sales.

The perks of C-commerce
The CEO of Zbooni, Ramy Assaf, said the region missed the first wave of E-commerce and has been trying to catch up with the rest of the world. But he added that MENA is taking full advantage of the new wave of C-commerce. “We are at the cusp of an exciting retail transformation built around personalized selling. C-commerce has the potential to serve businesses across a wide variety of industries, whether they are brick-and-mortar, online-only or omnichannel. C-commerce shines when there is an interaction preceding a transaction,” he added.

He claimed that many in the region are hooked on social and chat apps. Ramy iterated that C-commerce is the future, and shopping will naturally evolve to be as simple as chatting online.

There is a remarkable finding in Zbooni’s data compilation. C-commerce helped traders and customers connect online and offline. Moreover, they had a sales conversion rate of over 80%, while traditional E-commerce had only 3% of potential customers.

Digital marketing through apps
Group director and partner at Al Maya Group Kamal Vachani believe that digital media is a powerful tool in boosting retail sales in the area.

He added that in this digital era, people are comfortable buying online. E-commerce and C-commerce blew up exponentially during the pandemic, and businesses expect the trend to continue. The Al Maya Group director remarked that people are scrolling through different platforms to get the best deal on their purchases.

The rise of E-commerce
In the first quarter of 2022, the E-commerce sector grew by double the rate of point-of-sale transactions in the UAE, as per Network International.

Network International is a leading enabler of digital commerce in MENA. They pointed to increasing online spending, including credit and debit card transactions. A large chunk of it is digital payments in the government sector, but transactions at supermarkets, restaurants, and convenience stores were significant.

Ian Jiggens, head of advisory and information services at Network International, said that the phenomenon was not just because consumers were taking businesses from physical stores online; they were also transitioning from cash to digital payments.

The next phase: C-commerce
Human-to-human conversations have higher sales conversion than bots or impersonal experiences on a website. C-commerce allows a merchant to peddle and speak with his customers and provides an enhanced sales experience with fewer sales friction, sales conversion, and increased customer loyalty while reducing potential refunds and returns.

TikTok in Arabia
TikTok’s middle east user base is skyrocketing. Almost 95% of web users in MENA use Instagram, YouTube, and TikTok. TikTok, which uses short-form content less than two minutes duration, has been exceptionally popular. The byte-sized clips are highly informal and lucrative and make engagements exciting. Some TikTok creators earned more than an average S&P 500 CEO.

TikTok has reached billions of subscribers rapidly. Some studies suggest that TikTok was more popular than Google in 2021. The platform’s success is evident because its competition keeps mimicking its features. For example, YouTube introduced shorts, and Instagram launched Reels to compete with TikTok.

Users spent about 80 minutes daily on the Chinese platform, the most duration among all social media apps. TikTok has also grown 50% in 2021 and had a 100% rise in the number of people using the digital space for discoveries.

The statistics are mindboggling because TikTok was already successful in 2020 and had a large user base. The rapid acceleration in tech adoption during the pandemic could be responsible for some of that conversion. But the tech updates must have aided other platforms as well. So, why is TikTok such an outlier?

The intimacy of short-form content
The algorithm of TikTok is robust and can learn a user’s affinities and interests and quickly personalize their feeds. It also has one of the simplest designs, with the interface displaying only one video at a time, making navigation easy. These uncomplicated features draw a lot of young people to the platform.

Plus, the short-form video format is time-conserving, engaging, and similar to natural communication. Short videos are like quick chats with friends, while long ones are like formal presentations.

TikTok has pioneered short-form video content in MENA, which has seen a massive adoption of the format, with 20% of digital media time spent on it.

The real secret behind TikTok’s success is its creator community. The app has made content creation democratic and opened a creative outlet for everybody. Almost anyone can make a TikTok video, which feels very personalized.

TikTok’s micro-influencers are its foundation. They have created quality content while expressing themselves and building a robust online community. Many studies show that while making a purchase, consumers value micro-influencer endorsements more than celebrity endorsements.

The impact of influencers
Micro-influencers promote brands they care about, spread brand awareness, and boost sales through C-commerce. Over 50% of consumers in MENA cite micro-influencers as critical to their buying decisions. TikTokers can monetize their content and endorse products while building lasting relationships with their audience.

TikTok’s reach in the market is so strong that brands can no longer afford to overlook it. Historically, brands followed where their consumers went. They advertise on TV, Google search, Facebook, YouTube, and Instagram.

Brands will have to adopt TikTok for advertisements sooner or later. Big brands only spend 5% of their ad revenue on a platform where customers spend 20% of their time and provide 80% sales conversion.

Brands can use Spark Ads to amplify original creative videos and build an effective content strategy. They also provide the Duet and Stitch features which enable the community to reinvent, rebuild and reinterpret their community.

Another major event was TikTok’s partnership with the e-commerce building platform Shopify. It’s a bridge between Shopify merchants and TikTok influencers.

TikTok will begin testing new commerce features to make discovering Shopify merchants easier for users in MENA and shop their products within the app as a part of the partnership.

C-commerce is now a pivotal force that merchants utilize to expand their audience and reach their customers, thanks partly to the Coronavirus pandemic. Market research company eMarketer expects the C-commerce sector to soar by 35.8% to $36.62 billion in the US.

As users discussed and learned more about new devices and virtual technologies, the consumption of technology-related material on the site increased by 302 percent last year across the Gulf Cooperation Council region. According to TikTok’s most recent What’s Next report, beauty-related content surged by 169 percent in the area, with many users posting makeup lessons and skin-care routines. Additionally, among the top content categories, food and fashion saw growth of 197 and 287 percent, respectively.

The rise of #TikTokMadeMeBuyIt has been one of the platform’s most noticeable recent trends. As of June 2022, videos that included the hashtag had received a combined 13 billion views worldwide.

An Indian ex-pat in Saudi Arabia, Mohammed Sabir KT, said he books all his flight tickets from agents who advertise on TikTok.

Small businesses like the Japanese cheesecake franchise Uncle Fluffy in Dubai are utilizing the network. The brand of Uncle Fluffy, known for its entertaining and compelling content, has been significantly reliant on TikTok. TikTok offers (the brand) extremely organic engagement that significantly boosts brand recognition.

Uncle Fluffy wanted to expand its TikTok presence and gain more fans to capitalize on this interaction. With Spark advertisements, a native ad format that enables marketers to promote their organic content (or the material of other creators) as TikTok commercials, it promoted its original content.

Through the efforts of this campaign alone, Uncle Fluffy gained 878,000 new followers in just 14 days, helping him reach one million followers.

Big companies will soon catch on to the disparity in ROI, TikTok is likely to boom even further, and ad revenue for short-form content will shoot up.

The trend will accelerate during Ramadan as consumers accept advice from trusted influencers. It’s a great opportunity for brands to communicate with their consumers while influencers earn a living doing the things they love. 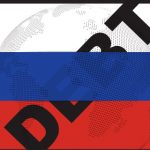 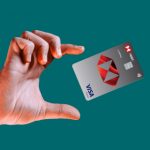 Numberless Cards: Reliable and secure mode of transaction is here