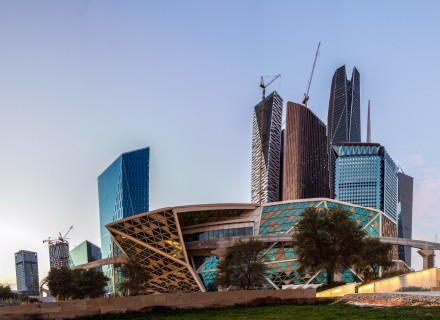 Recovery is expected to be gradual, especially with downside pressures due to tax hikes, spending cuts and weak oil prices 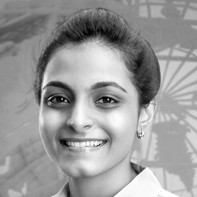 It has been a decade since the GCC has registered above 5 percent GDP growth with these rates  last seen in 2011 and 2012, in tandem with the oil price boom. The subsequent crash in oil prices, fiscal tightening measures, production cuts by the OPEC and its allies have weighed upon  growth thereafter. Covid-19 has exposed the region to the shock of both lockdowns as well as the oil price slide, resulting in  the near-term growth outlook appearing to be weak. The sections below delve into the GCC’s historical growth  trajectory, Covid-19 impact analysis, and the outlook beyond the pandemic. The region witnessed an oil price boom between 2003 and 2008 which helped in attaining robust GDP growth rates and  boosting fiscal as well as external balances. Similarly, when Brent crude oil prices crossed the $100 mark in 2011 and  2012, the GCC’s GDP growth rates crossed 5 percent in these years.

On the flip side, the global financial crisis restrained the GCC region due to weaker oil prices and production and the dip  in global liquidity. The oil price crash since mid-2014 prompted the next phase of slowdown, with GCC countries having  to embark on a fiscal adjustment process thereon. Fiscal tightening through the cancellation of some investment  projects, reduction of subsidies and so on started to weigh upon growth consequently. In recent years, with excess  global oil supply, the region has also been weighed down by OPEC+ production cuts.

The GCC’s economic growth in 2020 has come under dual pressure from both lockdowns as well as the oil prices slide.  Recovery extending into 2021 and beyond is expected to be gradual, especially with downside pressures stemming from a weak oil price environment, external demand softness, and tax hikes and spending cuts. The tapering of OPEC+  production cuts starting in January 2021 will help boost the recovery process. However, one must bear in mind the possibility that this tapering might need to be delayed should factors such as rising Covid-19 cases or the lack of  vaccines adversely affect the 2021 oil demand outlook.

The Covid-19 driven economic slowdown and the slide in oil prices have caused Saudi Arabia, the region’s largest  economy, to triple its value-added tax from 5 percent to 15 percent, with spending cuts expected to be pursued until 2022. The  common thread of fiscal tightening across the region can be observed through Kuwait’s decision to slash its 2020-21  budget expenditure, Oman’s decision to introduce a 5 percent VAT starting in April 2021 and so on. The economy of UAE, although more diversified, also faces the prospect of muted near-term economic recovery. Vital UAE industries such as  tourism and hospitality have come under significant strain amidst Covid-19, with recovery and growth contingent on  external demand revival to a great extent. Kuwait, on the other hand, is facing the added pressure of a gridlock over a  proposed debt law that would allow the country to tap into international debt markets at a time when Kuwait is facing  its largest budget deficit on record.

As seen from above, following high growth rates seen at the start of the past decade, GCC slipped into a low-growth environment, particularly towards the decade. While the economy has contracted even further in 2020, this one-off shock from Covid-19 alone cannot be considered as a loss of steam in the general economic recovery of the GCC. The  strength of the region’s recovery at large would need to be assessed based on the speed of recovery from the pandemic  and also on medium-term growth patterns thereafter.

It is becoming increasingly vital to accelerate diversification efforts within the region to mitigate economic shocks and  accelerate the growth process. While diversification efforts initially came to the forefront following the 2014 oil prices  slide, the pandemic has further exposed the risks of high energy reliance. A deeper push for diversification will open up immense growth opportunities for investors looking to expand presence across the region. As an example of the  renewed push for diversification, the Kingdom of Saudi Arabia in September 2020 announced $810 billion in tourism projects over the  next decade, with a target of raising tourism GDP contribution to 10 percent by 2030. It will become increasingly crucial for GCC economies to shore up tax revenues to fund these newer projects. We are seeing examples of how GCC economies have been raising tax rates and introducing new taxes in recent months. This increased taxation is likely to become a more predominant feature across the region, especially in the context of depressed oil revenues.

Neha Anna Thomas is a senior economist at Frost & Sullivan and is also leading a team within the Economic Research division. With a profound knowledge in macroeconomic impact analysis, she focuses on tracking the implications of global events such as trade war, Brexit and Covid-19 to provide insightful updates to internal stakeholders and clients. 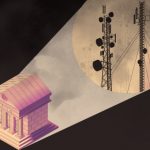 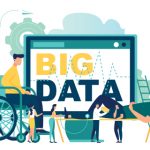