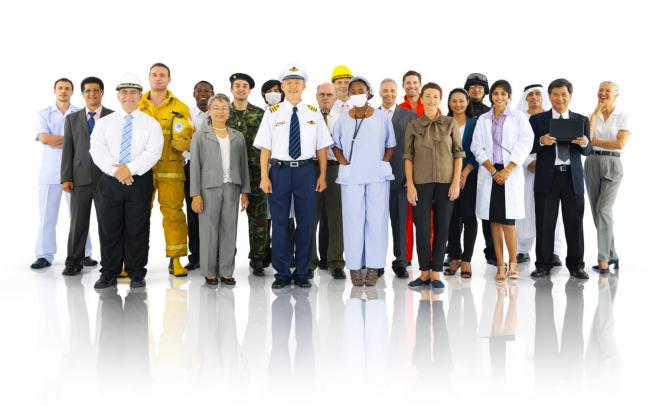 Payroll increase subdued since last August, with bulk of growth over past year being in part-time segment, reports Team IFM Ottawa, June 12: Canada rode a demand for part-time workers in May to register a rise in employment numbers for the month, its data office has said, even as an independent survey of the nation’s manufacturing sector showed sluggish growth that created temporary openings during...

Payroll increase subdued since last August, with bulk of growth over past year being in part-time segment, reports Team IFM

Ottawa, June 12: Canada rode a demand for part-time workers in May to register a rise in employment numbers for the month, its data office has said, even as an independent survey of the nation’s manufacturing sector showed sluggish growth that created temporary openings during the period under review

Statistics Canada, the official data agency, said on Friday that employment edged up by 26,000 in May, driven by gains in part-time work, while the unemployment rate increased 0.1 percentage points to 7 percent “as there were more people in the labour market”.

Overall employment growth, it said, has been subdued since August 2013. In the 12 months to May, employment increased by 86,000 or 0.5 percent, with all the growth being in the part-time slot. Over the same period, the number of hours worked was little changed.

In April, employment had decreased by 29,000 while the unemployment rate was unchanged at 6.9 percent as the number of people participating in the labour market edged down.

On a year-over-year basis, the number of people working rose by 0.8 percent or 149,000, evenly split between part-time and full-time work.

Analysts, however, have not found anything to crow about in part-time job generation. “The underlying details were probably not as encouraging as the headline would suggest,” The Wall Street Journal quoted David Tulk, chief Canada macro strategist at TD Securities, as saying.

Plus, Tulk told the Journal, the six-month average employment increase gain of 3,000 was “not particularly robust in anyone’s estimation”, and reflected “a pace of hiring that is gradually decelerating”.

Statistics Canada said there were more employed men and women aged 15 to 24 in May. “However,” it admitted, “this was partly offset by fewer employed men aged 25 to 54.”

Provincially, employment increased in Alberta, while it declined in Newfoundland and Labrador. There was little overall employment change in the other provinces, the data office said.

On a year-over-year basis, all of the employment growth was in the private sector, which saw recruitments nose up 1.1 percent or by 129,000, while there was little change in the public sector and in self-employment.

Of the sectors that saw rise in employment in May, educational services saw the job pool swell by 22,000 though it was little changed from 12 months earlier, while accommodation and food services saw it rise by 20,000, offsetting some of the declines in April.

Employment also increased in agriculture, up 19,000. However, despite this gain, employment in the industry was little changed compared with 12 months earlier, the data office said.

The areas that saw declines were natural resources, where the number of people working fell 23,000 , bringing employment in the sector back to about the same level as in May 2013.

There were 21,000 fewer workers in finance, insurance, real estate and leasing in May, reflecting the third decrease in four months. The recent losses contributed to a year-over-year employment decline of 33,000 or a dip of 2.9 percent in the industry.

Among the provinces, Alberta saw the highest recruitments, with employment increasing by 16,000 in May and the unemployment rate falling 4.6 percent.

“This latest employment increase contributed to year-over-year gains of 71,000 or 3.2 percent, the highest growth rate of all provinces,” said Statistics Canada.

Employment in Newfoundland and Labrador declined for the second consecutive month, down 4,100, pushing the unemployment rate up 0.6 percentage points to 12.7 percent.

Compared with 12 months earlier, employment in the province was down 8,900 or 3.8 percent, the result of declines since the start of 2014, the data office said.

In Ontario, employment was little changed, leaving employment in the province 39,000 or 0.6 percent above the level of May 2013. The unemployment rate was 7.3 percent in May, the same rate as 12 months earlier.

While employment in Quebec was unchanged last month, there were more people searching for work, pushing the unemployment rate up 0.4 percentage points to 8 percent. On a year-over-year basis, employment in the province was little changed.

The number of youths aged 15 to 24 who were working increased by 49,000, bringing their employment to a level similar to that of May 2013. The youth unemployment rate was 13.3 percent, little changed from the previous month and from 12 months earlier.

Employment among men aged 25 to 54 declined by 23,000 in May, reflecting that the trend in this age group for men has been flat since January 2013.

While employment was unchanged for people 55 and over in May, it was up by 109,000 or 3.2 percent, compared with 12 months earlier. All of these gains were the result of population growth in this age group.

The May survey results provide the first indicators of the summer job market, especially for students aged 20 to 24, as many students aged 15 to 19 are still in school and intend returning to school full time in the fall.

The employment rate among returning students aged 20 to 24, that is, the number of employed as a percentage of their population was 59.5 percent in May, similar to that of 12 months earlier. The unemployment rate for this group of students was 14.4 percent, little changed from the year-ago period.

Meanwhile, according to a survey commissioned by the Royal Bank of Canada (RBC), manufacturers in Canada signalled the slowest improvement in overall business conditions in four months during May, largely reflecting a further moderation in output growth.

The monthly survey was conducted in association with financial information services company Markit and the Supply Chain Management Association (SCMA).

The latest increase in staffing levels was the most marked since November 2013, the survey report said. Companies that boosted their staffing levels generally commented on the launch of new products and optimism about the wider economic outlook. 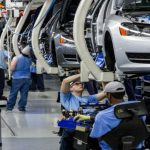 German factories on a roll in April, see orders recover 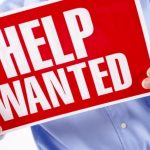