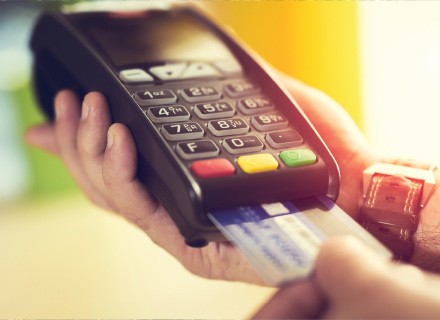 Saudi Arabia achieved 36% epayments out of all payments in 2019 against a target of 28% for 2020. Is this growth sustainable?

ePayments in the Kingdom of Saudi Arabia accounted for more than 36 percent of all payment types, including cash, in November 2019, according to a study by Saudi Arabian Monetary Authority (SAMA) and Saudi Payments Company. According to this metric, the Saudi government has overachieved on its target of achieving 28 percent epayments by 2020 from the base of 20 percent epayments in 2018.

According to the Saudi Vision 2030 envisioned by Crown Prince Mohammed Bin Salman of Saudi Arabia, the Saudi government’s goal is to achieve 70 percent epayments by 2030. Why did epayments suddenly catch the imagination of Saudis in 2019? What are the underlying factors and motivations? How likely is Saudi Arabia to achieve its goal of a cashless society and 70 percent epayments by 2030? What are the challenges that the Kingdom faces to achieve this goal?

Why epayments are seeing quick uptake in Saudi Arabia

Fintech innovation has disrupted the payment system globally. The Middle East is no different in this respect. The study published by the Saudi Arabian Monetary Authority (SAMA) and Saudi Payments Company revealed that most of the epayments carried out in Saudi Arabia were through debit or credit cards.

While card transactions accounted for almost 30 percent of all payments, other types included the SADAD platform and other electronic payments. The achievement revitalises the Saudi Arabian Monetary Authority’s plan to drastically reduce cash transactions and enhance transparency and efficiency in the Kingdom’s economy.

The study further revealed that Mada Sale Service Points recorded a significant increase in the number and value of purchase transactions as well. At the end of 2016, epayments enabled points of sales (POS) grew by 33 percent, while in 2017 and 2018 the growth rate was 35 percent and 46 percent respectively.

Over a period of time, the availability of Mada electronic payment devices has also increased at places like gas stations, pit stops, and convenience stores. As of September 30, 2019, there were around 421,000 Mada devices in operation in Saudi Arabia.  It is noteworthy that at the end of 2013, there were only 107,000 Mada devices functioning in the kingdom.

With regard to the quick uptake of epayments in Saudi Arabia, Ovais Shahab, Head of Financial Services at KPMG Saudi Arabia told International Finance that, “The payment ecosystem has become more diversified, most notably with the launch of STC Pay and Mada Pay in late 2018 and the arrival of Apple Pay to Saudi Arabia in early 2019. The pick-up of near field communication (NFC) payments in 2018 were also exceptional. It is essential to emphasise that Saudis, especially the young population adopt innovations and advancement at a faster pace than other countries.”

A disruption planned by the government

ePayments will help the Saudi government tackle issues such as money laundering, terrorism financing more efficiently as epayments are often logged and can be tracked back whereas cash transactions can’t be. In short, digital payments increase accountability.

According to World Bank data, formal banking reaches about 40 percent of the population in emerging markets, compared with a 90 percent penetration rate for mobile phones or mobile money or fintech services. Providing digital payment options allows easier market access for consumers as well as merchants. Currently, there are 21 entities under test permit in the SAMA Sandbox, including fintechs specifically focusing on payments.

These startups disrupt the payment model, and while some will work with the banks, they will all push the banks for more efficiency and cost-reductions of their payment models. Some startups focusing on crowdsourcing or loans will also take financing roles from the banks, all the way to managing international transactions. Simultaneously, epayments also help boost the ecommerce sector in the country. It effectively helps solve the complicated and physical problem of collecting cash for a product sold online. ePayments has also drive the sale and purchase of new digitised products and services.

How can Saudi Arabia achieve its epayments target?

To achieve its target of 70 percent epayments by 2030, the kingdom of Saudi Arabia has undertaken a number of initiatives. The launch of the Financial Sector Development Program (FSDP) is one of them. One of the key functions of this programme is to promote epayments and convert Saudi society to a cashless society by increasing the share of non-cash transactions to 70 percent in 2030.

Another important function of the programme is also to improve the availability of financial services in the kingdom. Saudi Arabia aims to increase the number of banked adults in the Kingdom to 80 percent by 2020, from 74 percent in 2016. The fact that Saudi Arabia has overachieved its own epayments target this year is an affirmation of the programme.

Ovais Shahab told International Finance, “The Saudi central bank SAMA has a forward-looking vision for a shared infrastructure and in 2018 it established its payment infrastructure department as an  independent organisation, Saudi Payments. Serving both banks and fintechs, it aims to provide a level playing field and interoperability and standardisation, this organisation is now also working on a faster procession platform for interbank transactions. Secondly, the SAMA Sandbox and Saudi Fintech, as support hubs are two initiatives of the government to grow epayments by supporting fintechs from outside the traditional banking sector to grow.”

The SAMA Sandbox is an experimental programme undertaken by Saudi Arabia’s central bank. The programme creates a platform for banks, regulators and financial service providers to come together and collaborate on the development, testing and creation of products that support new ways to pay.  It also creates a regulatory environment to analyse and interpret the impact of new technologies in the financial services market in the kingdom and to help transform it into an intelligent financial center.

In the last two decades, SAMA has also introduced a number of epayment systems such as the Saudi Arabian Riyal Interbank Express and the online bill payment portal SADAD in a bid to increase online transactions in the kingdom. The recent launch of real-time payments in Saudi Arabia could serve as a catalyst for Saudi Arabia to achieve the 70 percent epayments target. For it to work, it is important that financial institutions in the country truly embrace real-time payments and the improvements it will bring to their customer experience.

Epayments challenges ahead for Saudi Arabia

When International Finance asked Ovais Shahab about the challenges Saudi Arabia faces to overcome in order to achieve its goal of 70 percent epayment transactions by 2020, he said, “Saudi Arabia has to embrace an omnichannel approach to its epayments infrastructure. Realtime gross settlement (RTGS) transactions are still done from bank to bank through SAMA, which only operates during business hours, so further integration and a faster platform are necessary. In other countries, such bank-to-bank transfers are already possible, and almost for free and such new systems have proven to be true catalysts for cashless transactions. Another possible challenge could be the focus on cash and low adoption rate of point-of-sale (POS) terminals outside of the major cities.”

Despite the availability of digital payment options now, many users may be accustomed to dealing with cash especially in rural areas and may be reluctant to adapt to epayments.

Saudi Arabia must also tackle the issue of trust and security to achieve its target of turning the kingdom into a cashless economy. The only way a consumer can be persuaded to make payments digitally over and over is by building his trust in the platform that he uses to make the epayments from. 40 percent of consumers in the Middle East have been victims of cybercrime, and almost 71 percent of them have witnessed cybercrimes one way or the other. Those who are have witnessed cybercrimes first hand in Saudi Arabia will be reluctant to transact digitally. The Saudi authorities must create a safe and secure environment for Saudi Arabians and safeguard its citizens and prevent cybercrimes.

Saudi Arabia must invest in innovation and technology that ease the process of cross-border payments such as remittances. Also, the payment merchants must help businesses who operate globally compete in international markets by allowing their customers to pay in their native currencies. Often multi-currency cross-border transactions are difficult as one has to go through the regulatory hurdles in each national market. To boost epayments in the kingdom, Saudi Arabia must offer ease of payments when it comes to cross-border payments as well.

For fintechs to flourish in the kingdom, the government of Saudi Arabia must create a favourable regulatory climate for them. But stricter regulations and bureaucracy should not strike down the potential growth of the companies that facilitate epayments.

Saudi epayments platforms do their bit

The SADAD payment portal, introduced by the Saudi Arabian Monetary Agency, is one of the topmost epayments platforms in the country. SADAD connects businesses in Saudi Arabia with local banks and provides a platform to collect payments electronically through all the banking channels in the kingdom 24 hours a day. Besides SADAD, there are some other payment gateways that are operating in the Saudi Arabia payment scene.

UAE-based startup PayFort provides payment solutions to customers across the Middle East through FORT, its payments gateway. Fort facilitates SMEs, startups and even government organisations to accept payments through debit and credit cards. It is also the most widely used online payment gateway in Saudi Arabia.

Saudi Arabia-based HyperPay, which was launched in 2014, has established itself as one of the fastest growing internet payments services providers in the Middle East and Northern Africa region (MENA). The startup provides a wide range of smart, technology backed online payment processing solutions to businesses ranging from the SMEs to multinational companies.

Similarly, PayTab has established itself as one of the most trusted payment gateways in Saudi Arabia. It also provides a platform for businesses to accept payments online and in 168 different currencies. PayTab provides its services to SMEs, ecommerce companies as well as large multinational companies.

The success of the Kingdom’s cashless society goal also depends upon the wider acceptance of the epayment platforms by the local and expatriate population. The government on its part has created a relatively positive regulatory environment and innovation ecosystem for these companies to flourish. But fintech innovation and better customer experience are key to Saudi Arabia achieving its target of a cashless society. 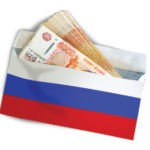 Are Russian stocks the best value picks for 2020? 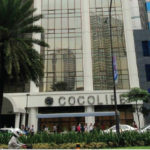