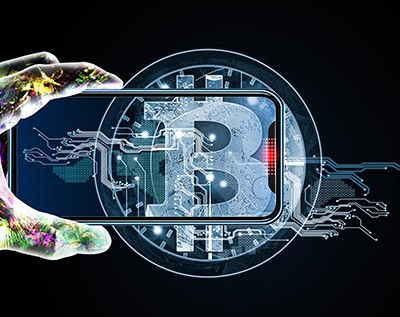 It is a joint initiative by Compulynx and Chainworks to reinforce blockchain for a better economic and social welfare in the African region.

Blockchain and bitcoin are new technology concepts to many people in Kenya, the rest of Africa and other parts of the developing world. Against this backdrop, interesting and exciting sentiments and thoughts radiated from a group of panelists during the official launch of Chainworks Africa in Nairobi on October 29 2018.

Chainworks Africa is a joint initiative of Compulynx of Kenya, and Chainworks, based in Illinois, Chicago, USA. The panelists included Rohit Tandon, founder & CEO of Chainworks; Bitange Ndemo, chair of the Kenya Government’s Blockchain Technical Committee and Sailesh Savani founder & CEO of Compulynx Limited, a Kenyan-based ICT firm. The discussion was moderated by Harry Hare, publisher and chairman of CIO Magazine, and Demo Africa.

According to the presenters, Chainworks Africa will enhance better understanding and acceptance of blockchain and cryptocurrencies such as bitcoin among its other applications in Kenya and Africa. The book ‘Blockchain applications—A hands-on approach’ reads: “Blockchain is a distributed and public ledger which maintains records of all transactions. A blockchain network is a truly peer-to-peer network which does not require a trusted central authority or intermediaries to authenticate or settle the transactions or to control the network infrastructure.” 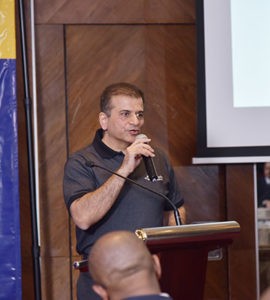 Sailesh described blockchain as a futuristic technology with capabilities to build efficiency and emphasised on the need to develop local blockchain technology locally. “It is critical to sensitise the private sector on how blockchain could be used to enhance business. The education sector, for instance, could use blockchain to enhance and streamline curriculum and seamlessly share it,” he suggested. According to the famous Doyen, who speaks at various global blockchain forums and has worked with Oracle in the past to analyse big data before going on to build a blockchain-bitcoin exchange in India in 2013, PWC has also centralised its technology through blockchain.

Tandon on his part was excited that blockchain has eventually and formally launched in Kenya: “Blockchain is critical for Africa as it shall improve logistics and supply chain among other areas in the continent,” he said during his introductory remarks.

Ndemo likened blockchain to the 4th industrial revolution that will be powered by ICT. “This disruption must happen given that blockchain is part of emerging technology whose effects are irreversible. This is our golden chance to leap-frog to greater heights,” he observed. According to him, the 3rd industrial revolution rode on ICT to remove costs of efficiencies such as the long time use in clearing cheques, for instance. He asserted that blockchain will work hand-in-hand with AI: “for instance, AI is enabling translation of local languages to international ones and even assisting one to construct sentences by anticipating what one would normally write in successive statements. It is also allowing tracing and tracking of products and is bound to create more opportunities for people, especially in rural areas to stop rural-urban migration,” he added.

Ndemo affirmed that AI enables prediction of seasons and natural happenings such as hurricanes in the US as it improves meteorology services. “In 2017, those involved with AI in Kenya predicted that there would be a maize deluge leading to lower prices,” he added observing that AI shall boost evolution of data analytics making predictions from climate patterns such as of weather among others easier. This means, AI machines would remember patterns and improve supply chain among other sectors.

Further, the discussions described blockchain as an attempt to automate digital operations faster; and become ‘the new internet’ or ‘internet 2’. For governments, it will provide a trusted identity such as a biometric system. In improving supply chain, it can, for instance, remove middlemen who exploit farmers—and in the education sector digitisation will prevent cheating during examinations, and provide faster systems. Owing to the assured trust in blockchain, bitcoin tends to use blockchain.

Essentially, bitcoin is an application of blockchain and while the internet holds peoples’ data in hidden, distant points such as servers, this needs to be removed—given that blockchain data is undeletable. According to Tandon, blockchain enables the inscription of new data on old data in multiple layers of records—thanks to the application that makes it more secure.

Blockchain’s use will be determined by different user needs: as if it happens with the Internet leading to greater appreciation and understanding by the keen and frequent user. In essence, “Blockchain is a monumental piece of work akin to a railway line which networks such as cryptocurrency shall use to produce immense socio-political good,” the panelists affirmed emphasising on the commendable transparency that is evident in blockchain use and application. The transparency is expected to avert corruption and related vices.

Ndemo affirmed that blockchain technology is applicable for Kenya’s current Big four agendas viz. agriculture for food security, affordable housing, manufacturing for more jobs & value addition and universal health provision. “In food security, for instance, blockchain shall help in identifying overuse of fertilizers and toxins in cereal crops such as maize and in turn help in tracking and tracing the cereals sources in the sector. This technology is also able to track drugs from manufacturing plants to clinics and dispensaries stopping pilferage and making manufacturers accountable if drugs are found to be substandard. Together with AI, it can help in assessing X-rays and conducting multiple scans to track stages and progress of diseases among other procedures,” Ndemo added. In manufacturing, the technology might be able to enable remote ‘managerisation’ of production plants leading to ‘distributed manufacturing’ and redistribution of jobs to rural/local areas. In housing, affordable and new technology could be easily shared allowing for faster and easier construction of low-cost housing.

According to Tandon, institutions could easily receive feedback from clientele and efficiently run loyalty programs for them. Innovative and efficient banking models that require no physical collateral for financing could promote transparent lending and growth of entrepreneurship. In the insurance industry, shared data ledgers and instant access to transparent and related information will fuel positive growth in the industry. “In health matters as well, AI is essentially able to help and understand autistic children, for instance, by being able to repeat words and phrases until the children catch up the names and phrases. AI never lies,” he asserts.

The Technical Committee headed by Ndemo has given drastic recommendations to the Kenya Government. It seems, for instance, that the government should stop printing currency notes given that almost every citizen is using mobile money. Ndemo also feels that people should surrender their farms, especially the smaller parcels, so that the government or private entities could amalgamate the same and practice commercial farming for food or cash crops to increase productivity and fight food insecurity and poverty respectively.

“Farmers who cede their farms should become shareholders in the larger entities and be paid dividends or earnings according to the shares ceded. On the same note, people should cease burying their dead in farms and opt for public/private cemeteries to free land for agriculture,” he observed. According to him, land could become a digital asset that can earn better profits from the benefits of economies of scale. The Committee has also urged the government to continue building more robust and extensive digital frameworks.

Tandon said on-going research efforts will make blockchain interoperable in future and urged firms to digitise business operations fully including in websites functions. “Current cleaning hovers, for instance, use general intelligence but once upgraded to use AI shall be able to sense when the need for cleaning is due. Power banks are today using AI to power themselves on once they are connected to mobile phones and to switch off once the batteries are fully charged reducing risk of battery damage from overcharge,” he explained. According to him, the world is increasingly moving toward singularity in many operations. He likened blockchain to the continuation of a huge machine game play worthy over US$150 billion currently.

At the end of the discussion, the consensus seemed to be that though machines, digitisation and AI are increasingly moving the world toward singularity, some human activities and abilities can never be replaced by machines. Machines might not be able to take over certain inborn talents such as poetry writing, painting and other forms of art. 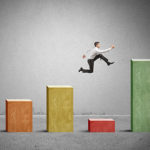 A Business Is ‘Most Vulnerable’ during Succession 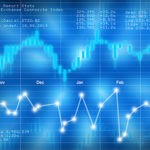