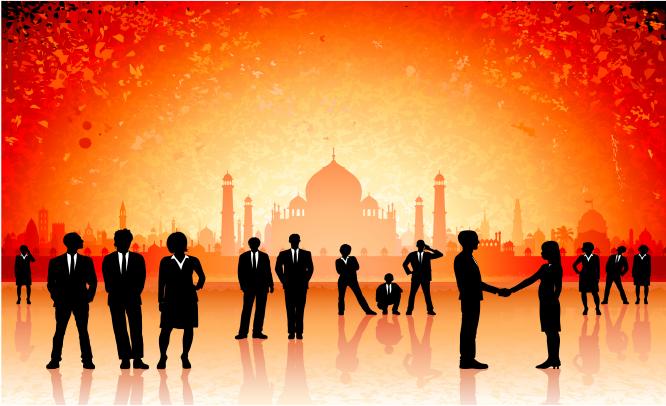 A look at the laws governing tax residency in India Pallavi Singhal May 28, 2015: Tax residency is at the core of any taxation system as it determines the sovereign right of a country to tax income. The tax residency determines whether a tax payer is liable to pay tax on global income or source based income in any country. India is one of the fastest...

A look at the laws governing tax residency in India

As per a recent budget amendment in India, the criteria for determining tax residency of companies has been sought to be amended by introducing the concept of ‘Place of Effective Management’ [‘POEM’] in the Income-tax Act, 1961 [‘the Act’] which is the Indian tax code. This could have significant ramifications for foreign companies conducting business in India as well as Indian companies having outbound investments.

POEM determines the residency based on the real place of management rather than on basis of corporate registration/incorporation. It gives importance to place of actual decision making for the purpose of determining tax residency for foreign companies. In case a company is treated as a tax resident of India by virtue of POEM, then its global income would be taxable in India.

Currently, under the Act, a company is considered to be a resident if it is an Indian company or if the control and management of affairs of the company is situated wholly in India.

Place of effective management has been defined to mean a place where key managerial and commercial decisions that are necessary for the conduct of the business  of an entity as whole are, in substance, made. In a welcome move, a condition that POEM could be in India during ‘any time in year’ to trigger tax residency has been dropped from the proposed amendment. There were apprehensions that the term prescribed a very low threshold, which would result in an entity being considered as a tax resident even if POEM is in India for a day.

The concept of POEM was first proposed to be introduced in India through the Direct Tax Code Bill [‘DTC’] 2010 (which was proposed to replace the Act) which defined POEM as under:

In the revised draft of DTC, 2013, the POEM definition was amended, which is more on the lines of the proposed amendment in the Act. The proposal to introduce DTC has been subsequently dropped and many of the concepts in the DTC have been incorporated into the Act by way of legislative amendments.

In the international context, POEM is used extensively in international tax treaties as a tie-breaker to determine tax residency. Interestingly, the Base Erosions and Profit Shifting project of Organization for Economic Co-Operation and Development [‘OECD’] relating to grant of treaty benefits suggests that the criteria of POEM as a tie-breaker be dropped and that residency is determined on a case-to-case basis.

Though concept of POEM has been used extensively, it is still evolving and there are no universally accepted meaning/guidelines for determination of POEM.

Based on reading of Indian jurisprudence, POEM would be the place where day-to-day affairs of the company are factually and effectively managed and controlled, and not necessarily the place in which the ultimate control of the company may reside.

In the United Kingdom, tax residency is determined based on incorporation or central management & control from UK, which closely aligns to POEM. In this context, it may be relevant to note the guidance provided by Her Majesty’s Revenue and Customs (UK), which prescribes that it is first imperative to check where directors of the company exercise central management and control and if in fact, it is exercised. If the above fact is not established, then it is advised to look where and by whom it is exercised to determine place of central management & control (i.e., POEM).

Based on a reading of the definition, the following criteria must be satisfied:

There is lack of guidance on terms in definition of ‘POEM’, which gives room for interpretation/disputes. During the presentation of the Budget, it was announced that detailed guidelines for determination of POEM would be issued in due course. Given that the amendments would become applicable for tax year 2015-16, it is imperative that the guidelines are issued at the earliest.

Some of the potential issues that could arise:

POEM to be in India – Ideally, to consider POEM to be in India, there should be certain degree of permanency, which may be evidenced by the fact that key decisions are made on a regular basis from India. The OECD commentary [‘OECD MC’] states that an entity may have more than one place of management [‘POM’], but there can be only one POEM.

The place where the BOD makes its decision can be only one of the criteria and should not be treated as the sole determinative factor for determining POEM. All relevant facts and circumstances of the case need to be evaluated, especially in cases where the powers are delegated to other officers. Some of the relevant factors that could be considered are:

Key management and commercial decisions – The term ‘key’ means important, main, crucial, significant, etc. However, what constitutes key decision would be subjective and depend on the fact and circumstances of the case. What may be considered as key decision for one company may not be true for another company. The definition does not prescribe what level the key decisions relate or who make the decisions. Routine decisions relating to business may not qualify as ‘key’ decisions. Accordingly, it is advisable that more clarity be provided on this aspect.

The term ‘management’ is generally related to administration, supervision, control, etc. Ideally, management decisions should mean matters relating to internal affairs. Similarly, the term commercial should mean decisions relating to trade, customers, profit making, which relate to external matters of the company. The definition uses the term ‘and’ as a conjunctive to words management and commercial. Hence, a possible argument that a place does not qualify as POEM in a situation where both management and commercial decisions are not taken at the same place, is not free from debate.

Necessary for conduct of business of an entity as a whole – Determination of when a decision for the entity as a whole has been taken would be difficult, especially when different businesses are carried on and decisions relating to only one line of business are taken in India. It is advisable that suitable clarity be provided on this aspect.

Are in substance made – For the purpose of POEM, what is relevant is that where the decisions are actually made. Importance is given to the real place of decisions making rather than the place where decision are implemented/ communicated/approved.

Assume for example a UK based company is exploring an opportunity to invest in India. Some directors of the company visit India and sign a binding term sheet with promoters of an Indian company to acquire stake in the Indian company. The decision is subsequently ratified by the board in UK. In this situation, it may be possible be argue that the investment decision was in substance made in India. However, if the facts suggest that important information related to the investment was received in UK and a detailed analysis was done in UK, then it may be possible to argue that the decisions making in substance happened in UK.

Moving on to some of the practical issues that may impact determination of POEM is set out below:

In such cases, a POEM might be regarded as existing in each jurisdiction where a manager is located at the time of making decisions, but it may be difficult (if not impossible) to point to any one particular location as being the POEM.

With the introduction of POEM, powers will have to be delegated to independent board abroad and also such fact should be demonstrated in substance to prove that POEM is not in India.

The proposed amendment seeks to align the provisions of the Act with international practice and curb the use of shell companies to avoid tax residency. However, there are several aspects of the definition which are still unclear and provide room for interpretation.

Though, it is difficult to provide any definitive or exhaustive rule in corporate residency, it is hoped that suitable clarifications/ guidance are issued so that unintended consequences are avoided.

To conclude, it is imperative for the companies to re-look at their organisational and operational structures to identify the potential impact of dual tax residency.

With inputs from Manoj Shenoy 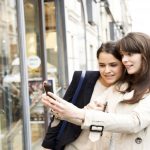 IT, mobile to drive growth in retail 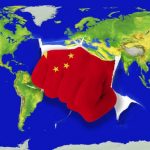 Opportunities on the new Silk Road