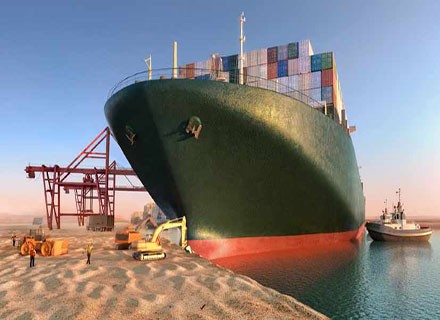 When the Ever Green containership got stuck in the Suez Canal, it created a log jam and led to billion-dollar losses. Several nations located in the eastern and western parts of the world were impacted by the blockage. However, how did the blockage impact China? French journalist and writer Francois Lenglet argued that the blockage allowed countries such as China and Russia to promote their trade routes more successfully.

The Suez Canal, which separates Africa from Asia, is one of the busiest trade routes in the world, especially for oil tankers. The canal, which is around 193 kilometres long, handles around 12 percent of the global cargo traffic. Approximately around 50 ships pass through the canal each day.
On March 23, the Ever Green container ship, which is one of the largest in the world, got stuck in the canal due to strong winds. The container ship, with a displacement of 220,000 tonnes and a length of 400 meters completely blocked the canal. The blockage was the source of much worry and frustration for the global shipping industry. As of Sunday, around 369 ships were stuck on either side in a tailback waiting to pass through the canal.

The blockage is expected to have a minimal impact of the Chinese economy, since most of China’s intermediate supply chains are located in the Asia- Pacific (APac) region. In this regard, Steve Cochrane, Moody’s chief economist for the Asia-Pacific region told the media, “Many of [Asia’s] intermediate supply chains are located within the Asia-Pacific region, which should initially mute the impacts of supply and price. Much depends upon the length of the shutdown of the canal.”
The blockage, however, will force logistics and supply chain firms to reconsider their routes or to diversify their supply chains and not rely on one route to avoid similar instances in the future. Global supply chain has already taken a severe hit last year due to the coronavirus pandemic.

Traders based in China have also seen a limited impact on their operations as a result of the blockage. Even though the container ship was refloated on March 29 and traffic resumed, traders were already seeking alternatives to move their goods. As a result of the Suez Canal blockage, traders were already turning to more reliable alternatives such as the China-Europe freight train service.
Chinese media houses reported that China-Europe freight train service witnessed a surge in demand, with shipping rates rising by 10 to 20 percent in some cases. Many traders are now seeking stable and safe options to move their goods up and down the supply chain.
Zhou Shihao, founder and CEO of YQNLINK told Chinese media, “Some of our goods are stranded on the Evergreen Marine and other ships queuing in the canal, and we are offering more alternatives for our clients with urgent needs. One is to use cross-border cargo trains.”

According to Lloyd’s List, the Suez Canal blockage, which lasted for six days, led to losses of around $9 billion roughly per day. This is equivalent to $400 million worth of trade per hour. Based on just the cargo shipments that were halted by the blockage, the total trade loss has been estimated at roughly $54 billion.
Germany-based insurer Allianz revealed in its analysis that the blockage could shun global trade growth by 0.2 to 0.4 percent. Osama Rabie, chairman at Suez Canal Authority believes the Canal’s revenue alone took a hit of $14 million to $15 million per day as a result of the blockage. 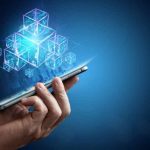 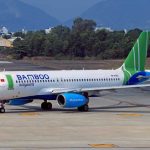