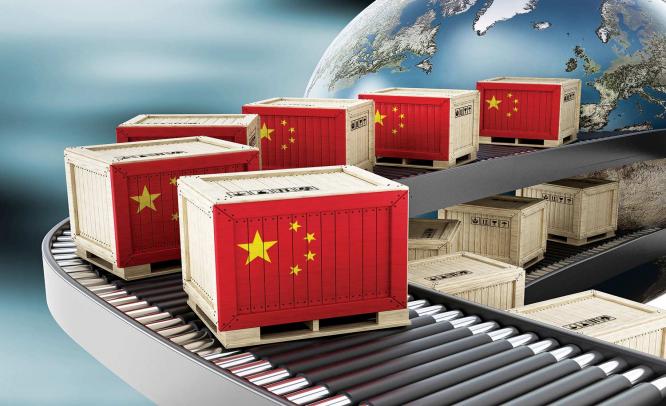 In 2016, the Asian economic giant’s output is projected to soften gradually Ousmène Mandeng February 26, 2016: China’s slowdown has led to a considerable recalibration of market views. It is the third biggest economy after the US and the EU and is set to overtake the EU as the second largest by 2020. Clearly, China matters for the world economy. Its slowdown, therefore, naturally raises...

In 2016, the Asian economic giant’s output is projected to soften gradually

February 26, 2016: China’s slowdown has led to a considerable recalibration of market views. It is the third biggest economy after the US and the EU and is set to overtake the EU as the second largest by 2020. Clearly, China matters for the world economy. Its slowdown, therefore, naturally raises concerns. China has become a formidable engine of growth for the world economy. This is unlikely to change any time soon. The biggest challenge over the next few years though will likely be China’s integration into the world financial system.

China’s slowdown is relative only. It has grown on average in real terms 10 percent per year in 2000-10. In 2011-15, its real growth was 8 percent. It is now projected to continue to slow to possible 6-6½ percent in 2016 and 2017. A rebound to reach previous GDP growth rates seems unlikely as China has become significantly richer reducing prospects for sustained high growth rates as key growth success factors such as productivity growth, population growth and capital investments wean off or become negative.

China has increased its share in world GDP from 4 percent in 2000 to 16 percent in 2015. This illustrates its frantic pace of economic integration. It contributed more GDP in cumulative dollar-terms since 2000 than the US or the EU.

The economic weight of China has made it one of the biggest international trading partners. Its share in world merchandise imports increased from 4 percent in 2000 to 11 percent in 2014 and is now second only to the US. Its share in world imports stagnated in 2013 and 2014 indicating some saturation and increasing changes in its composition of GDP towards domestic consumption. The country’s persistent external surpluses have meant that it has subtracted more from GDP from the rest of the world than it added.

The importance of China’s as a leading merchandise importer has naturally made several countries increasingly dependent on their exports to China. In 2014, more than 80 percent of exports from Mongolia and Sierra Leone went to China. For the larger economies, exports to the country in 2014, range from 34 percent for Australia to less than 2 percent for Mexico. The first round effect of a slowdown in China will therefore be felt very differently between countries.

China has remained one of the largest creditor countries. The considerable accumulation of external surpluses has allowed the country to conduct large investments abroad. Anecdotal evidence suggests that China has become a major direct investor. However, data on foreign direct investment (FDI) do not seem to support that. As a share of the total stock of outward FDI in 2014, it represents only 3 percent compared with 25 percent for the US. It has invested the bulk of its external surpluses in advanced economies’ government securities, notably US treasury notes.

The increase in China’s current account surplus will likely sustain its outward investments. The country’s current account surplus is estimated to have reached 0.5 percent of world GDP, the highest level since 2008, and is projected to maintain that level in 2016 before declining gradually. The implied transfer of resources abroad will support investments in the rest of the world.

For 2016, China’s output is projected to soften gradually. The basic assumption is an orderly deceleration towards the 6-6½ percent range over the medium-term. However, a more pronounced slowdown is also possible and will largely depend on the implementation of needed reforms, including for the financial system. The adoption of new monetary policy framework under a floating exchange rate regime would also be desirable to mark the macroeconomic policy shift towards domestic rather than external targets. The slowdown will likely expose more vulnerabilities in particular in the financial sector and needed safeguards will have to be adopted. While debt represents a challenge for the corporate sector and regional governments, China’s significant residual fiscal space should allow to adopt sufficient countercyclical measures for a measured soft landing in output.

The estimations of China’s output still rely to a large extent on its ‘old’ industries. Limited data on China’s rapidly growing services industry reduce the explanatory power of current GDP estimates. The country’s output and possibly its rate of growth may be significantly underestimated.

The emergence of China as an international economic force has no precedent. The country’s increasing economic role will likely be replicated in other areas, notably in the financial sector. The absorption of China’s merchandise goods will eventually be followed, though not necessarily in a similar scale, by the absorption of its services and financial products.

In the short term, the likelihood of a hard landing for China remains low. Even at about 6 percent GDP growth on average, it will contribute more than double the GDP it contributed during 2000-10 when its growth rate was 10 percent. Other countries may simply need to recalibrate their expectations that output may no longer grow exponentially but merely linearly. 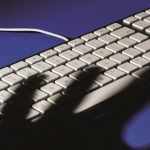 Byte of the hacker 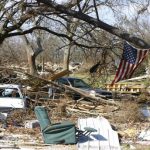 ‘The models will never be accurate’