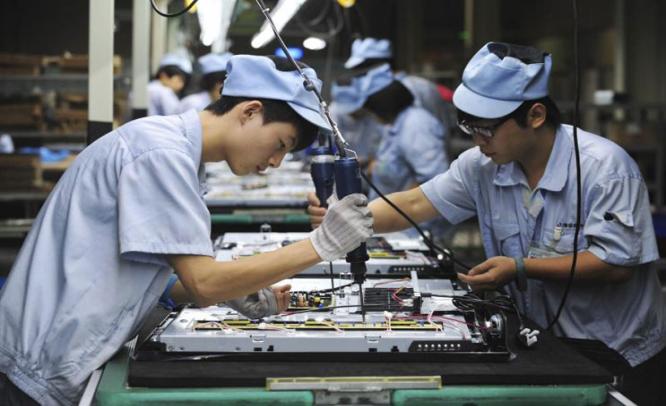 Beijing, June 8: Chinese exporters rode robust demands from the US and the European Union to beat forecasts and register a marked increase in overseas shipments in May that far outstripped imports, official data show, goading analysts to say this pointed to the economy stabilising and that the dragon was on track to logging further export growth.

Alongside, an independent survey of China’s manufacturing sector by economy tracker Markit showed higher overseas orders for the country’s factories in May. The increase was the highest in four years, Markit said.

According to the General Administration of Customs (GAC), the official agency tracking outbound and inbound freight, China’s exports swung up 7.2 percent in May compared to the year-ago period, taking the month’s export turnover to $195.47 billion.

In contrast, the agency said on Sunday, imports declined 1.6 percent to $159.55 billion. In the process, China’s total foreign trade volume shot up 3 percent to $355.02 billion, enabling it to register a total trade surplus of $35.92 billion in May, the GAC said.

In April, exports had nosed up only 0.9 percent year-on-year, and a panel of economists in a Reuters’ poll had predicted exports to go north by 6.6 percent in May.

Similarly, April imports had risen 0.8 percent year-on-year, and likewise, the panellists said imports would also shoot up – by 6.1 percent. The market expectations in the poll were of a monthly trade surplus of $22.6 billion.

The GAC data similarly topped the median estimate of a Bloomberg News survey of analysts that had exports registering an increase of 6.7 percent in the month under review.

Regarding imports, which registered an unexpected slump of 1.6 percent, analysts in the Bloomberg survey were similarly off the mark. None of the 42 economists forecast a drop, and their median projection was for a 6 percent spike in imports.

“The data shows that the country’s exports growth has returned to a normal level and will continue to improve,” GAC spokesman Zheng Yuesheng told state television.

However, the rate of year-on-year export expansion to the US and the European Union slowed down. According to the data, shipments to the US went up 6.3 percent last month, as against an increase of 12 percent year-on-year in April. Similarly, consignments to the EU rose 13.4 percent, slower than the 15.1 percent notched in April.

For Louis Kuijs, chief China economist at the Royal Bank of Scotland Plc, the data was the first “clean” report in recent times; he was alluding to upbeat export data since January that many have questioned. The data also signalled further growth ahead, he said.

“The export figures are positive news for policy makers and we expect continued solid export growth in the coming months amidst gradually improving global demand momentum,” Kuijs said in a note.

“The import data suggest a pretty subdued state of the domestic economy though and the dilemma for the government is how to balance the need to reduce growth in leverage with all the calls for support,” said Kuijs, who is based in Hong Kong.

In April, China’s manufacturing sector notched its worst performance since last August. Alongside, the first quarter growth this year also plummeted 7.4 percent compared to the January 1-March 31 period in 2013, the feeblest pace since 2012.

Moreover, a median estimate of analysts polled by Bloomberg last month forecast the growth to fall even lower to 7.3 percent in 2014, compared to 7.7 percent last year. If the Bloomberg analysts’ poll prediction comes true, it would be the lowest rate of growth China would have logged since 1990.

The government, which has pegged an expansion of 7.5 percent for this year, has announced several steps such as announcing tax breaks for small businesses, measures to speed up investment in housing, increasing investments in the railway network plus lowering the minimum cash reserves at banks to boost lending to targeted sectors.

China’s state-owned news agency Xinhua said on Friday that inspection teams will be visiting various parts of the country to oversee implementation of the measures.

However, many analysts believe despite the recovery in the US and European economies such as Germany and the resultant rise in demand for Chinese goods, the property sector would slow down growth.

Overall new orders stabilised after a three-month sequence of decline, the survey report said, explaining that the subdued client demand was linked by panellists to relatively weak market conditions.

“In contrast, new export orders rose at the quickest pace in over four years, with a number of companies citing new client wins,” Markit said.

According to panellists, “uncertain economic conditions” led some firms to lower production over the month, leading to job shedding. As a result, the report said, the latest reduction of workforce numbers was the strongest in three months.

Inventories of finished goods fell for the first time in 2014 so far, though only slightly, as some companies increased their use of current stocks to meet new incoming orders. 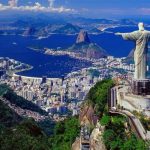 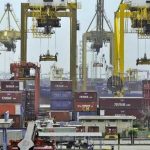