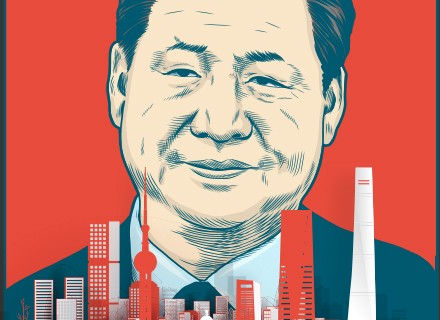 China is the only major global economy that effectively has no real estate tax. But the country is currently closer than ever to taxing property owners, nearly two decades after authorities started to hint at the idea. And the timing couldn’t be more suitable to implement this rule. President Xi Jinping now has the political momentum to get the ball rolling on property tax as he emphasised on authorities’ commitment to delivering ‘common prosperity’ or moderate wealth for all, rather than keeping it restricted to only a few. Earlier this month, Jinping called for regulating excessively high incomes, with measures such as tests of a property tax. Following this announcement, the State Council was authorised to conduct a similar test for five years in undisclosed regions. Reports suggested that these developments come after years of trying to limit speculation in China’s property market, which accounts for the bulk of the household wealth.

Reports suggest that almost 80 percent of China’s household wealth is tied up in real estate. Therefore, a decrease in property value could make homeowners feel poorer and less willing to spend. Press offices in China’s state council and the ministries of finance, housing and taxation haven’t made any comments on this topic as of this writing.

But this news was met with widespread protests from some retired senior party members, saying they themselves couldn’t afford to pay any additional taxes. It was also mentioned that the tax proposal is becoming a potential social-stability issue. Fearing a fallout on a larger scale, Han Zheng, senior vice-premier of the state council advised against imposing the levy too widely for now to Xi Jinping. To make the process smoother, the test tax run in some regions has been scaled back to 10 from 30 cities and officials are still trying to decide how to set the tax rate for the pilot initiative and whether to offer discounts and exemption areas. A new law aimed at advancing the tax across the country is not going to be finalised until around 2025, as mentioned in some reports.

China implementing test runs before rolling out property tax
One of the ideas making rounds is to gradually test the tax implementation and reaction of people in big cities, including Shanghai and the municipality of Chongqing in central China, which both have levied an annual charge on second homes or high-priced houses since 2011. Some other places that are under discussion are the southern boomtown Shenzhen and the province of Hainan, both of which are designated by Xi Jinping as the testing grounds for building a socialist market economy.

The city of Hangzhou, in Zhejiang is also expected to join the tax-pilot program. The eastern province is home to the business empire of Jack Ma and it has already been named as a place to pilot Xi Jinping’s policy aimed at reducing inequality.

On the other hand, local governments, which get roughly a third of their revenue from selling land to property developers, are worrying that a property tax would cause demand for land to drop and hurt their revenues that amount to around $1 trillion in 2020. Richer regions are expected to implement property taxes first and experts have also recently identified that the property tax will be first implemented in some cities that are not too bad at the moment, in terms of their property market. The cities that are not so well to do will also have to follow this after the top-tier ones. Experts say that it is expected that China is likely to take a tiered approach with differentiated rates depending on the city. In the US, some wealthy regions have property tax rates of 2-3 percent while in others it is much lower.

A property tax will also give local authorities a new source of income. They can start by reinvesting in public services and infrastructure investment which could very likely generate fiscal revenue equal to 70-80 percent of and sales revenues. If this sustains, it has the potential to help local governments slowly cut their reliance on land sales. If local governments use these funds locally, it would go against the idea of general prosperity. Additionally, the implementation of property tax will increase investors’ holding costs of real estate assets, which will help channel some housing stocks into the market from homeowners.

It goes without saying that developers will face a slowdown in the inventory, which will put further pressure on their cash flow and stress their liquidity. But the implementation of property tax will also boost the cost of holding real estate. In China, around 60 percent of urban household assets are tied up in real estate with only 20.4 percent property accounting for financial assets including stocks and bonds. Comparatively, in the US households hold over 40 percent of their wealth in financial assets.

Effect on other sectors
According to a report by Rhodium Group, land transactions and sales revenues in China are falling by record margins. In the southern city of Guangzhou, the local government sold less than half of the 48 parcels of land offered in a late September auction, with only five parcels sold above their asking price. Going by the data collected from 100 cities, Rhodium Group’s report suggested that land sales dropped by 43 percent in the first three weeks of September since last year, and the decrease only added to the worry of the financial strains on many localities across the country.

In other sectors, Xi Jinping’s campaign to squeeze what he views as capitalist excess out of the Chinese system has already impacted growth. Sales, employment and other activities in the service sector are hit hard because of the policy tightening, resulting in the reduction in growth. State banks and funds are facing intense scrutiny regarding their ties with big private sector companies and are also pulling back. Experts say that Beijing is clearly willing to risk rising economic costs. This, in turn, begs the question, how far authorities will push the property sector.

Xi Jinping has also hinted that this could be caused due to his economic cleanup effort. In a recent speech, the Chinese President mentioned that daring to struggle is the distinct character of their party and the beginning of a new journey of building a modern socialist country is bound to be met with tests and risks. For the past four decades, Chinese society moved from people living in housing provided by their work units to a broad open market. A less controversial alternative to the tax proposal centres on affordable housing provided by state firms.

Going by this ideal, China would essentially start following the dual-track system again where the government offered to house. This was the beginning of China’s housing reform that started in the late 1990s. But recently, it has been observed that the focus was exclusively on commercialisation. According to some officials and advisers, returning to our previous tax system could help the leadership make China more equal. The dual-track housing system will help state-owned enterprises and companies controlled by the central government return to affordable housing. A financing firm owned by the provincial government of Yunnan, in southwestern China is one of the very first ones to spring into action. Last month, the Yunnan government announced that Yunnan Construction Investment Group will team up with state banks to expand the supply of affordable housing.

Challenges faced on the way
There are a lot of people who believe that earlier attempts to implement property tax in China failed because of resistance from wealthy and politically connected elites, particularly in cities such as Beijing, Guangzhou, Shenzhen and Hangzhou along with local government officials across the country. Experts have also pointed out that a potentially bigger problem for the government to implement property tax is the fear of the instability that could be caused by a market crash. It has been speculated in the markets that once prices stop going up, they tend to go down.

If something similar happens to Chinese property prices, not only will this terribly affect the banking system, but it would also reverse the major source of wealth accumulation among Chinese households. Recently, China’s real estate sector has been making global headlines because Evergrande, the world’s most indebted property developer is in debt of $300 billion in liabilities. According to official data, October registered the first month-on-month decline in new home prices across 70 of China’s biggest cities for the first time in over six years, which indicated that a slowdown is already creeping in the housing market.

The road ahead
Eventually, Xi Jinping plans on imposing a nationwide property tax, but this decision has been faced with strong resistance from China’s political elite, who argue that implementing it could crash China’s economy. Some experts have noted that the upper class might want to keep their worth of personal property fortunes away from the knowledge of tax collectors. Despite potential pushback from the rich and powerful, property tax plans are gaining traction at the top levels of China’s government. As mentioned earlier, China’s top legislative body has already approved the plan of going through a test run before implementing property tax in undisclosed urban areas of the country.

It is important to keep in mind that the absence of property tax in China is not a quirk in the legal system. It is a policy that is responsible for fundamentally shaping and distorting China’s economic boom. For a while now, experts have agreed that imposing a real estate tax is necessary to weed out the most unsustainable elements of China’s economic rise; pointing towards the immense real estate prices.

Nevertheless, overcoming the hurdles necessary to transition to a nationwide property tax has proved insurmountable to China’s leaders for well over a decade. 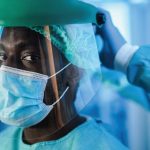 The pandemic’s impact on healthcare services in Africa 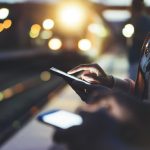 Digital regulators and the digital economy