The country’s central bank said in a statement on Tuesday that it will not resort to strong stimulus and keep liquidity ample instead, to support companies under financial severity

The statement by People’s Bank of China (PBOC) was issued at a briefing in Beijing, also said that policies will also be made more forward looking, flexible and effective.

This rare central bank news conference is following a spate of weaker readings in recent months from China—the world’s second largest economy—after a sharp drop in its yuan currency against the dollar, and a plunge in Chinese stock markets.

China’s policymakers remain focused on shifting their priorities to reducing risks to growth, as the country’s economy cools down, and the impact of the US trade tariffs begins to be felt. Smaller companies in particular, are havin a tough time securing loans and have to grapple with rising borrowing and operating costs – fueled in part by a lengthy official clampdown on riskier lending like shadow banking.

The PBOC has stated that it will “effectively ease” companies’ financing problems and improve their coordination with other agencies to ensure monetary policy measures are being transmitted into the broader economy.

Analysts are further expecting further cuts in corporate taxes and fees– and the central bank has specified that some funds that are freed up from reductions in banks’ reserve requirements should be earmarked for loans to smaller businesses.

Beijing is also accelerating infrastructure spending to cushion the economy as it braces for the blow from escalating U.S. tariffs. Still, the growing stream of new stimulus measures and easing credit policies have raised fears that debt reduction may be put on the back burner again.

China’s Vice Premier Liu He emphasies the need for the country to beef up capital markets and broaden financing channels for small and medium enterprises on Monday.

China’s economic growth rate slowed slightly to 6.7% in the second quarter year-on-year(YOY)—which is still well above the government’s full-year target of around 6.5%. But some key activity indicators have weakened more sharply and policymakers are getting anxious. Fixed-asset investment is currently growing at the slowest pace on record, while non-performing loans surged in the second quarter, defaults climbed and the jobless rate rose to 5.1%. 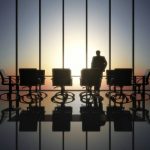 Uber names Nelson Chai as CFO ahead of IPO 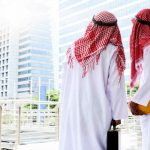