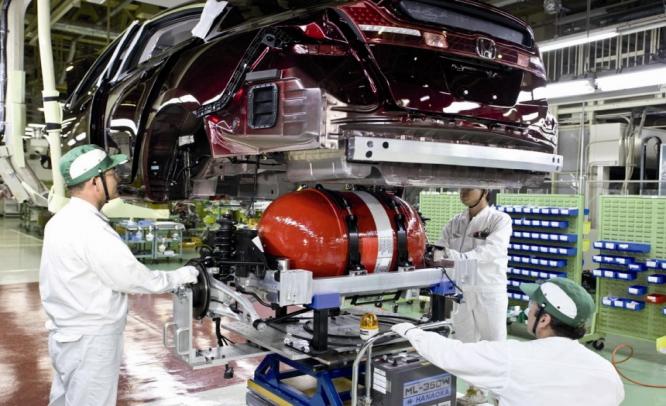 A key gauge of factory performance – the HSBC Purchasing Managers’ Index or PMI – was at a seven-month low in February, data released on Thursday by economic health tracker Markit showed.

The flash HSBC China PMI, a measure of the country’s factory output, fell to 48.3 in the month under review from 49.5 in January, Markit said. A reading above 50 indicates expansion from the previous month, while a reading below 50 indicates contraction.

A more accurate picture will emerge on March 3 when Markit releases its final data for February, it said in a statement. Incidentally, the HSBC- Markit PMI factors in more smaller and private companies and accords them greater weightage than the official index, which contains more large and state-owned firms, and which is in the positive territory.

The news came on the heels of announcements by Chinese officials on a remarkable turnaround in its current account situation and increased foreign fund inflows. On Tuesday, China said it had attracted nearly $11 billion in foreign investment in January, reflecting a little over a 16 per cent year-on-year jump.

On February 12, the country’s National Bureau of Statistics said Chinese trade surplus rose to $31.86 billion in January from $25.6 billion the previous month.

Analysts, who had expected it to fall to $23.65 billion, were sceptical, and a leading financial services and news provider questioned the veracity of the official shipment data. Though China later denied any wrongdoing, apparently such doubts persist.

Stephen Green, an economist with Standard Chartered bank, told news agency Reuters the indices should be more correlated with the export economy than the domestic economy. “So it’s slightly surprising given stronger export numbers we’ve seen in the last couple of months.”

While Green said it looked like an “across-the-board weakness”, Ding Shuang, economist at Citigroup, feared worse. “There is continued downward pressure on the economy,” he said. “Economic growth will continue to decline to 7 per cent over the next two quarters.”

In tune with all-round scepticism, China’s manufacturing contracted in February, the non-official Markit data showed, bolstering belief that contrary to the official stance, the dragon was actually undergoing a slowdown.

The data compiler said business conditions deteriorated “at moderate pace in February”, a development that could partially be attributed to the Chinese Lunar New Year festivities from January 31, China’s biggest festival, when commercial establishments including factories shut down operations for several days.

Moreover, two Hong Kong analysts with the Bank of America-Merrill Lynch while admitting that the “visibility of short-term growth momentum is quite low” at the moment, it would be unwise to read too much into it.

“Macro numbers from national statistics agencies so far painted a mixed picture, with trade growth and credit expansion above market estimates,” Ting Lu and Xiaojia Zhi said in a note.

However, the overall picture as painted by the flash Markit figures was grim. Save for suppliers’ delivery time, the flash PMI shrank in every vertical; crucially, that for the new orders category dipped below 50 for the first time in seven months.

The index for new export orders was in step with official claims and was higher than that in January, but remained below 50.

The worst scenario was in the employment sub-category: the PMI for the staffing patterns also plummeted – a fall for the fourth straight month in February – to touch 46.9. This was the lowest the index has fallen in five years – since February 2009 – when the global meltdown was beginning to be felt following the collapse of Lehman Brothers.

The contraction of new orders and production was behind the PMI moderation, said Qu Hongbin, Chief Economist, China and Co-Head of Asia Economic Research at HSBC. This, according to him, reflected renewed destocking activities.

“The building-up of disinflationary pressures implies that the underlying momentum for manufacturing growth could be weakening ,” Qu said in a statement. “We believe Beijing policy makers should and can fine-tune policy to keep growth at a steady pace in the coming year.”

As result, reforms seem to have driven the economy to be propelled by the service sector and consumers, instead of new investments and exports on which China has traditionally depended upon for growth.

As a result, overseas investments in the services sector rose 7.4 per cent in January 2014 from January 2013. Similarly, FDI inflow into telecom equipment and the computer sector jumped 9.2 per cent.

But like Qu, other analysts too believe the Chinese government should initiate other steps, such as loosening monetary policy, to keep the economy growing at 7.5 per cent, which many believe Beijing will aim at this year despite Premier Li Keqiang saying China could manage with growth of 7.2 per cent.

First Shanghai Securities strategist Linus Yip told Reuters he expected Beijing to act if the economy slowed down any more. “They cannot proceed with their reform agenda without maintaining a certain level of growth,” Yip was quoted as saying.

“We reiterate our view that the recovery in China is not sustainable and that GDP growth will slow to 7.5 per cent year-on-year in the first quarter and 7.1 per cent in the second,” he said.

“We expect the government to loosen monetary policy in the second quarter to support growth.” 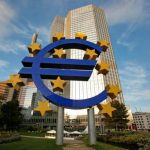 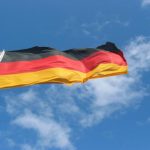