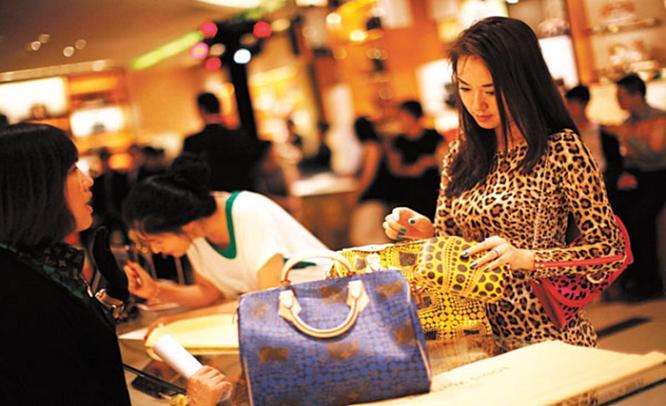 Conditions at factories down triggering calls for state leg-up, but surging online shopping belies all trends, reports Team IFM. China’s industrial output growth during April declined below forecasts, according to data released by its statistics office earlier this week, while its retail sector disappointed even as recent trends show the country is going through an online shopping boom like never before. The National Bureau of...

China’s industrial output growth during April declined below forecasts, according to data released by its statistics office earlier this week, while its retail sector disappointed even as recent trends show the country is going through an online shopping boom like never before.

The National Bureau of Statistics (NBS), the country’s data office, said on Tuesday that China’s industrial output rose 8.7 percent in April from the year-ago period, skidding a tad from an 8.8 percent annualised increase over that in March.

It was also below economists’ expectations of an 8.9 percent rise.

China, which is eyeing an economic growth of around 7.5 percent in the current fiscal, at par with that targeted in 2013, wants to achieve a growth of 14.5 percent in retail sales. The economy grew 7.7 percent in 2013, the same rate as 2012, and above the official target.

“All the activity data are disappointing, indicating the domestic demand is weak and underscoring the downward pressure faced by the economy,” said Li Huiyong, Chief Macro Analyst at Shenyin and Wanguo Securities.

“I think the government should provide a relatively loose policy environment and needs to increase spending and fast track the approvals of investment projects,” Li told Reuters

Meanwhile, as across-the-counter retail sales stumble along, more and more Chinese are shopping online, reports said, with e-marketer Alibaba saying it expected its China sales to increase from last year’s 1,841 billion yuan ($295 billion) to 3,790 billion yuan in 2016 – or more than the nominal GDP of Sweden or Switzerland in 2013.

“Already, the amount of money spent in the Chinese retail cyber sphere is larger than the entire economies of Egypt or Finland,” said US news portal Quartz.

If the industrial output as a whole was a letdown, the trend was set by the manufacturing sector. According to economic health tracker Markit, Chinese manufacturers believe the overall operating conditions have deteriorated during April even as the factory sector registered a modest recovery.

After adjusting for seasonal factors, the HSBC Purchasing Managers’ Index or PMI – a composite indicator designed by Markit to reflect the operating conditions in the manufacturing economy – posted 48.1 in April, down fractionally from the earlier flash reading of 48.3, and up from 48 in March.

“This signalled the fourth successive monthly deterioration in the health of the sector,” Markit said in its report released on Monday.

Earlier in the month, official statistician NBS said the manufacturing PMI for April nosed up to 50.4 from 50.3 the month before. A reading above 50 indicates expansion from the previous month, while a reading below 50 indicates contraction.

The HSBC-Markit report is broader-based and factors in smaller privately-owned firms. In contrast, the Development Research Centre, the official data compilers in Beijing, considers only the bigger state-owned companies to prepare its report – which is likely to be skewed, painting a healthier picture of the economy than it actually is.

Last month, China’s manufacturing sector notched its worst performance since August 2013. Alongside, the government also announced a few small steps to prop up certain sectors such as announcing tax breaks for small businesses and invest more in the nation’s railway network.

“The data remain weak despite the improvement from March,” Reuters quoted Citigroup economist Ding Shuang as saying. “But the full impact of the economic support measures hasn’t been felt yet.”

The Development Research Centre data was announced a day after Premier Li Keqiang, who is grappling with a slowdown triggered by a construction sector slump in the first quarter this year, promised a leg-up for the business community.

Last month, data showed exports fell in annual terms for a second straight month in March. This was the poorest stretch since 2009.

“It’s uniformly disappointing and shows broad weakening of momentum across the board,” CNBC quoted Dariusz Kowalczyk, senior economist at Credit Agricole, as saying. “This is not overly surprising as it takes time for government stimulus to work through to the real economy.”

Kowalczyk bank, the largest retail banking group in France and second largest in Europe, expects China’s GDP) to lose pace to an annual growth of 7.3 percent in the second quarter, compared to 7.4 percent in the January-March period.

The market is hoping for fresh stimulus but China’s central bank has hinted that the government could be waiting for more data before taking a call on easing of policy.

“We expect activity indicators to continue to weaken in May and the government to loosen monetary policy in Q2 by cutting the reserve requirement ratio by 50bp,” Nomura’s Chief China Economist told Reuters. “If policy easing does not take place in Q2, we see downside risks to our GDP forecast of 7.5 per cent in H2,” Zhang added.

According to Zhang, “the most” concerning number is the fixed-asset investment number. “Given that the government is trying to push for infrastructure investment, the number basically tells us the housing downturn has more than offset the investment push from the government so far,” he told Reuters.

Hongbin Qu, Chief Economist, China and Co-Head of Asian Economic Research at HSBC, noted in the Markit report that “over the past few days”, Beijing has introduced more reform measures which could support growth by inducing more private sector investment. “We think bolder actions will be required to ensure the economy regains its momentum,” Qu said.

The trending story of the times, of course, is the surging online shopping business in China. An estimated 80% of 618 million internet users in China now go online wirelessly, and e-tailers such as Alibaba, which is planning a bumper IPO in the US, are  rushing in with mobile-friendly services.

Reuters quoted Ben Cavender, an analyst for China Market Research Group, a Shanghai-based consulting firm, as saying that the shift to mobile internet is “putting a lot of pressure on traditional retailers and banks to offer a better service”.

It also talked to Cao Ying, a 30-year-old software engineer in Shanghai, who the agency said lived through her smart-phone by shopping for grocery, paying bills or finding a taxi.

“I try to buy everything online,” Cao told Reuters. “I’m one of those people who are driving shopping centres out of business.” 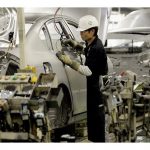 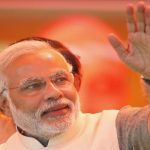 India getting back on track