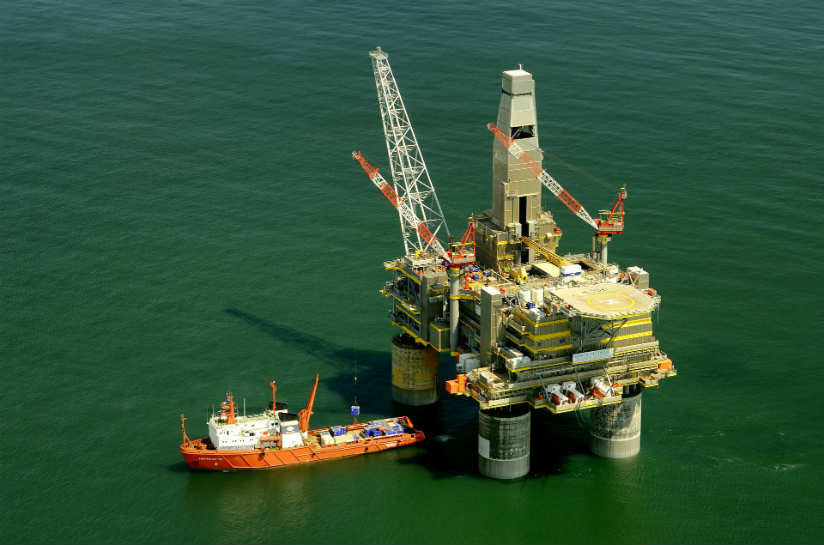 H.E. Dr Al Jaber said the expanded collaboration with CNPC further strengthens and deepens the strategic and economic relationship between the United Arab Emirates and China, the world’s second largest economy. “Energy cooperation is an increasingly important aspect of the UAE’s relations with China, the number one oil importer globally and a major growth market for our products and petrochemicals. These agreements are new milestones in ADNOC’s thriving partnership with CNPC and also represent an important platform upon which we can explore opportunities further downstream.

“CNPC’s involvement in our offshore concession areas will help to maximise the returns from what are very attractive, stable and long-term opportunities. At the same time these agreements further underline the international energy markets’ confidence in ADNOC’s 2030 growth strategy as we accelerate delivery of a more profitable upstream business and generate strong returns for the UAE.”

CNPC is China’s largest producer and supplier of oil and gas and through PetroChina, produces 52% of China’s crude oil and 71% of its natural gas production. It has exploration and production activities in more than 30 countries in Africa, Central Asia-Russia, America, the Middle East and the Asia-Pacific. In 2016, PetroChina produced 772.9 million barrels of crude oil and 3,464 billion cubic feet of natural gas in China. In February 2017, CNPC was awarded an 8% interest in Abu Dhabi’s onshore concession, operated by ADNOC Onshore. It also has a 40% stake in the Al Yasat concession with ADNOC.

H.E. Wang Yilin said: “We are honoured to participate in the Umm Shaif and Nasr, and Lower Zakum concessions. These agreements strengthen our growing relationship with ADNOC, and will help to meet China’s expanding demand for energy and contribute to asset portfolio optimization and profitability enhancement of PetroChina. To promote development of the assets, we will closely collaborate with ADNOC to deploy world class engineering solutions and advanced technology to maximise recovery from these two concessions.” 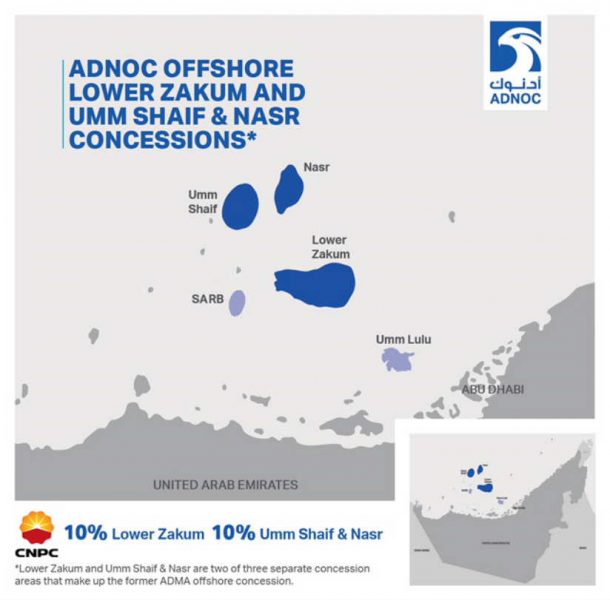 The Umm Shaif and Nasr concession, and the Lower Zakum concession have been created from the former ADMA offshore concession, with the aim of maximising commercial value, broadening the partner base, expanding technical expertise, and enabling greater market access, said ADNOC’s statement. The Umm Shaif field’s Arab reservoir is characterised by a huge gas cap – one of the largest in the region – with reserves rich in condensates. The gas cap overlays an oil rim which, in combination with Nasr field, has a crude production capacity of 460,000 bpd. ADNOC plans to process 500 million standard cubic feet of gas per day from Umm Shaif’s gas cap to help meet Abu Dhabi’s growing domestic demand for energy. The condensates, from the gas cap, will be refined to extract higher value products that can be used in a variety of petrochemical applications.
CNPC joins Eni (10%) and Total (20%) as participants in the Umm Shaif and Nasr concession; and an ONGC Videsh led consortium (10%), INPEX Corporation (10%), Eni (5%) and Total (5%) as participants in the Lower Zakum concession. ADNOC retains 60% majority shares in both concessions.

ADNOC is focusing heavily on downstream expansion in China and Asia, where demand for petrochemicals and plastics, including light-weight automotive components, essential utility piping and cable insulation, is forecast to double by 2040. China is the largest export customer in Asia, for Borouge, a petrochemicals joint venture between ADNOC and Borealis, accounting for 1.2 million tons per year of polyolefins, equal to one third of its sales worldwide. 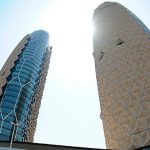 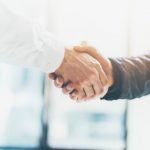